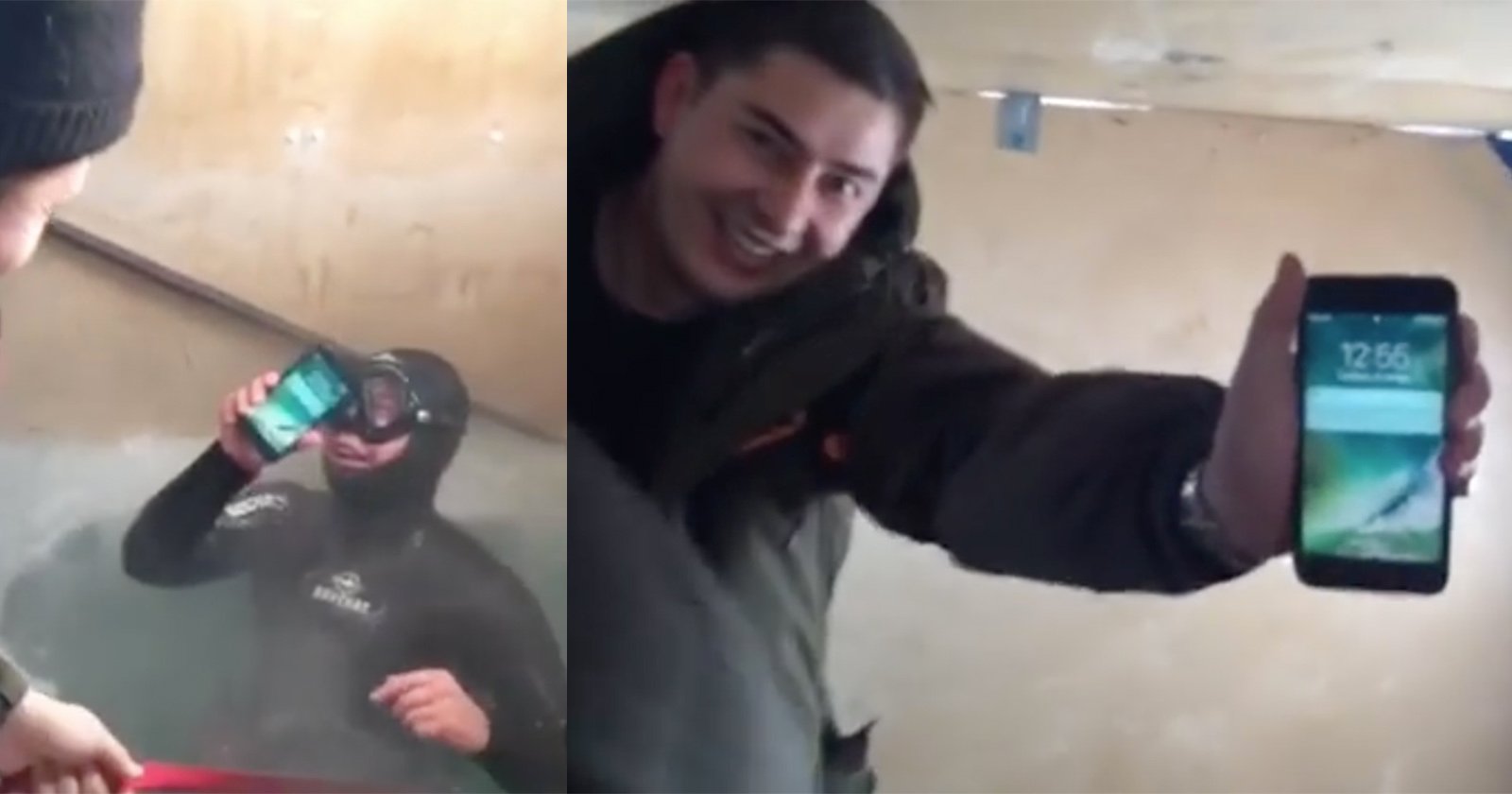 The iPhone 7/+ might be more waterproof than Apple has let on. If this report from Russia is to be believed, Apple’s latest smartphone can survive a lot more than the official IP67 rating of 30 minutes under 3.3 feet of water.

In a video posted three days ago to Instagram, a Russian man claims he dropped his iPhone 7 Plus in an ice fishing hole. Because it was late, the phone stayed there overnight, submerged in 4°C (39°F) water until a wetsuit-clad friend could go down and retrieve it. There’s no mention of how deep the river is, but we can assume it’s at least a couple of meters (6+ feet) deep from the video.

Here’s the video, which claims to show the recovery and the men’s amazement that the phone is still somehow functional after spending so much time underwater. According to the caption, it went under with about 35% battery and came out the other side with 19% left:

Of course, it is entirely possible that this is a publicity stunt of some sort—hence all the “allegedly” talk—but if it is accurate, it gives iPhoneographers a bit of peace of mind. It seems that IP67 rating Apple gave the phone falls on the conservative side of things.

Not that we suggest using your new iPhone for hours-long underwater photography sessions or leaving it in a nearly frozen river overnight or anything… but if you do, there’s reason to hope it’ll still be working when you fish it out.

Photographing the President: A Look Back at Every White House Photographer