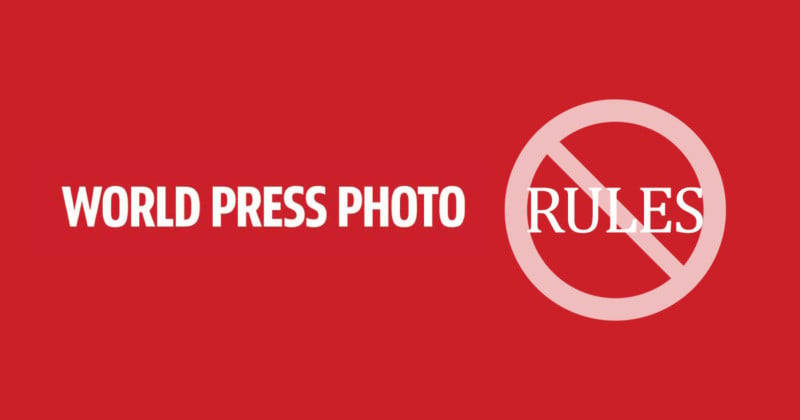 The prestigious World Press Photo contest has been tarnished in recent years by findings of inappropriate staging and digital manipulation of photos. So, the organizers have come up with a solution: there will soon be a new separate contest that does away with all the rules.

World Press Photo announced today that starting in October 2017, there will be a brand new contest for “creative documentary photography” (the official name has yet to be finalized).

Unlike the organization’s traditional contest for photojournalists, which disqualified 20% of finalists last year and subsequently implemented a Code of Ethics, the new contest won’t be bound by journalism ethics.

“This contest will be for professional visual storytellers who, in wanting to communicate about actual people, events or issues, deploy creative techniques in constructing, processing and presenting images,” World Press Photo says. “This contest will not have rules limiting how images are produced, and will not have categories.”

Photographers will be able to submit single photos or a series of photos that comprise a story. Judges will review the photos and hand out a number of different awards for things like social documentary, personal documentary, alternative imaging, innovative presentation” and more.

This latest move is World Press Photo’s answer to the ongoing debate regarding photography and photojournalism standards in the age of digital photography. The Australian Professional Photography Awards was at the center of this debate recently after prominent photographer Ken Duncan called out the contest for selecting a set of photo illustrations as this year’s winners.

If the World Press Photo’s new rule-free contest gains prominence in the industry, perhaps it will pave the way for other prestigious contest to follow suit.

Streetography is ‘Instagram for Maps,’ Lets You Explore the World in Pictures