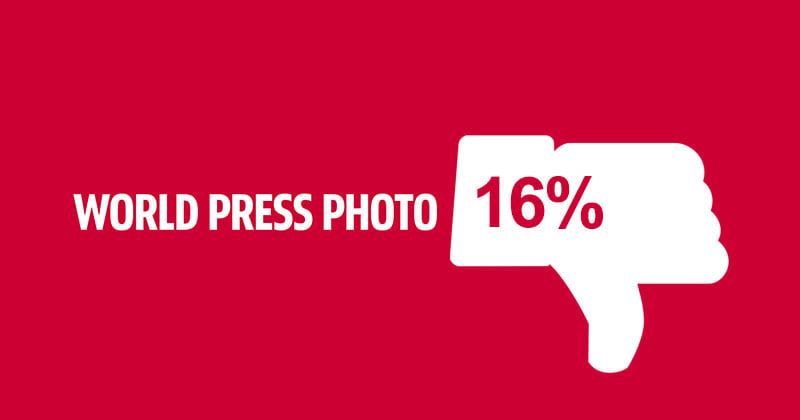 The prestigious World Press Photo photojournalism contest was rocked by scandal last year after 20% of finalists were disqualified and the grand prize winner was stripped of his award, leading to the establishment of a new Code of Ethics.

Did the negative publicity and new guidelines do anything? Well, you can be the judge: World Press Photo has revealed that 16% of finalists were thrown out this year.


TIME writes that the new figures suggest the contest’s changes “paid off.” Of the 174 finalists this year, 16% were disqualified at that last judging stage. 7 of them were tossed for “cloning” parts of photos, and 22 were thrown out for “extreme processing.”

These offending submissions came less than a year after World Press Photo updated its contest with extensive guides on how to follow the new rules and ethics guidelines. There are also 3 videos with examples of things that would disqualify photos.

Contest director Lars Boering tells TIME that they received “a lot of apologies” from photographers when they were confronted with their rule breaking. Some photographers claimed that they had mistakenly submitted photos that had been intended for gallery shows rather than for publishing as truthful photojournalism.

World Press Photo published a report in late 2015 that revealed that 25% of photojournalists admit to at least sometimes altering the content of their photos. 52% said they sometimes stage photos, and 51% say they “enhance” their photos by altering things like contrast, hue, tone, and saturation.

The disqualification rate did fall to 16% this year — a pretty significant drop of 20% compared to last year. But it is still 16% — a much larger figure than zero.