Danish photographer Mads Nissen has just been awarded World Press Photo of the Year 2014 for his photograph showing an intimate moment between a gay Russian couple. The selection was made after a whopping 20% of finalists were disqualified from the contest for altering their photos in a way that broke the post-processing rules.

Nissen is a staff photographer for the Danish newspaper Politiken. Here’s the caption for his winning photograph:

The image was also selected for first prize in the Contemporary Issues category of the contest.

One of the shocking things in the contest’s announcement today was that 20% of the finalists were disqualified once the submitted images were compared with original straight-out-of-camera files.

“It seems some photographers can’t resist the temptation to aesthetically enhance their images during post-processing either by removing small details to ‘clean up’ an image, or sometimes by excessive toning that constitutes a material change to the image,” he says. “Both types of retouching clearly compromise the integrity of the image.”

As a result, 20% of the photos that had reached the final round of the contest were tossed out and not considered for the grand prize.

The contest says that it will be engaging in further dialog in the coming months over the issue of retouching in order to find “common ground about these standards and find out how they are changing… We want to keep the standards high.”

Here are the other winning photographs in the individual contest categories: 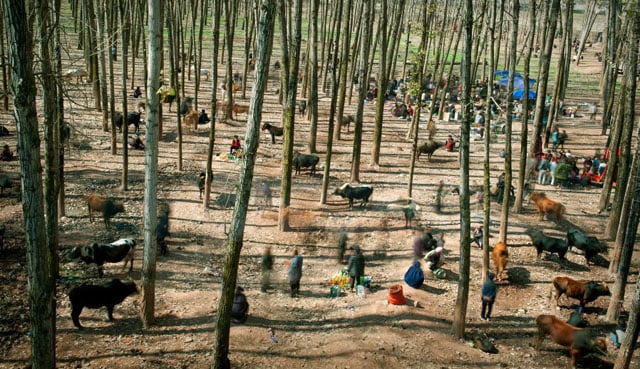 Photographer Sergei Ilnitsky captured a damaged kitchen table in Ukraine in the midst of the ongoing fighting in the country. 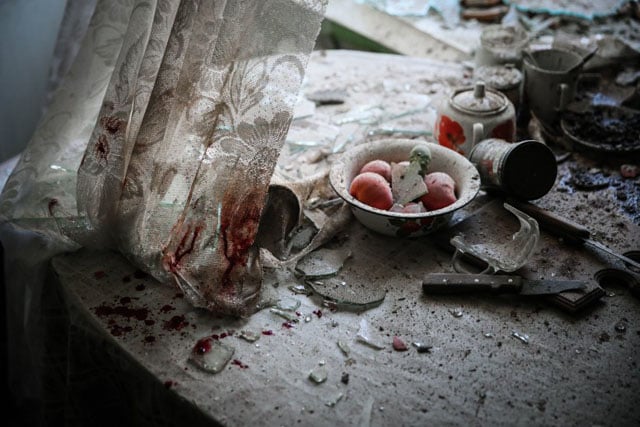 Photographer Darcy Padilla won for her Family Love project, which tells the story of a woman and her family dealing with “poverty, AIDS, drugs, multiple homes, relationships, births, deaths, loss and reunion.” Photographer Yongzhi Chu shot a photo of a monkey cowering during training at a circus in Suzhou, China (the “hometown of the Chinese circus”). 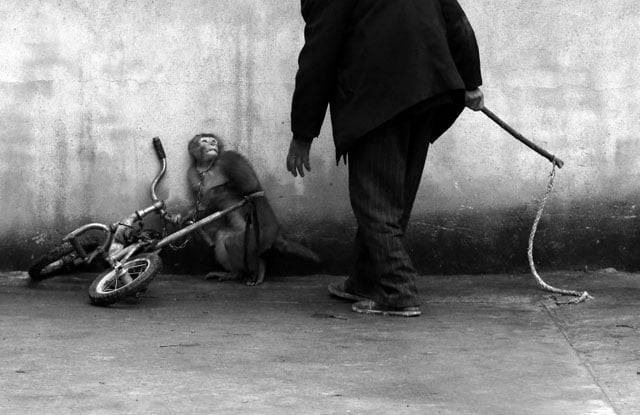 Photographer Raphaela Rosella created a portrait of a “socially isolated” girl named Laurinda in a disadvantaged community in Moree, New South Wales, Australia. She was wearing a purple dress and waiting for a bus to go to Sunday School. 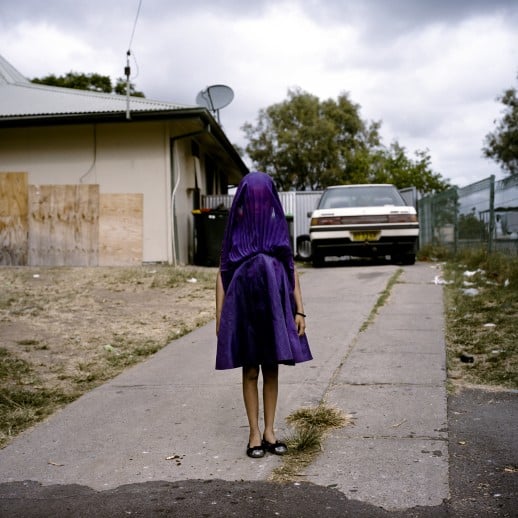 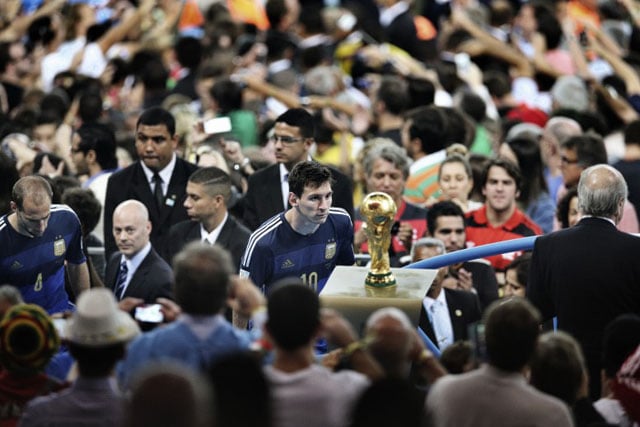 Photographer Bulent Kilic photographed a young girl who was wounded during clashes between protestors and riot police in Istanbul, Turkey. The clashes erupted after a funeral for a 15-year-old boy who had died during another anti-government protest. 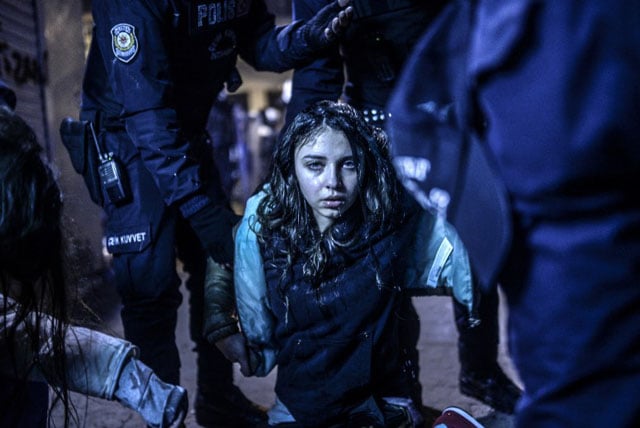 You can find all the winning photos in this year’s contest in this online gallery.

Update: A contest spokesperson tells Amateur Photographer that 20 of 92 entries were rejected:

For 92 stories and singles, the unprocessed files were requested for analysis during the penultimate round. All but two photographers submitted their unprocessed files upon request. Those two entries did not proceed to the final round.

After reviewing the [independent] experts’ report and debating the issues, the jury decided that 20 entries were not eligible for the finals. That is 22% [of] the entries at that stage still in [the] competition.

Lynsey Addario: A Conflict Photographer Whose Life is Marked by Love and War