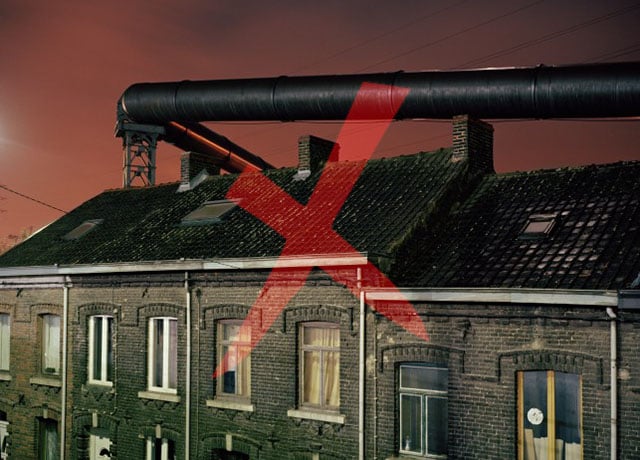 In a surprising turn of events, the World Press Photo organization has announced that it will be withdrawing the 1st prize award it had given photographer Giovanni Troilo for his Contemporary Issues series “The Dark Heart of Europe.” This comes one day after a new claim surfaced that accused Troilo of misrepresenting where a photo was shot.

Just to rewind a bit: last month, Troilo’s photo series came under series scrutiny after the town he focused on accused him of staging his shots to paint it in a negative light. WPP investigated the claims but decided to stand by its award, saying that Troilo had not staged anything that would not have otherwise taken place. The photo world grumbled at the decision.

Yesterday, photojournalist Bruno Stevens made a new claim that one of Troilo’s photos hadn’t been taken in the city he was documenting at all, but rather a city over 30 miles away. WPP reopened its investigation and, after doing so, has just announced that Troilo will be stripped of his award.

It’s conclusion “is that the story was not in compliance with the entry rules and therefore the award must be revoked.”

WPP says that it investigated the claims and found that one of the photos had indeed been captured in Molenbeek, Brussels, rather than Charleroi. The organization questioned Troilo about this, and the photographer admitted that he had misrepresented the location.

“In accordance with the judging procedures, which state that a single image or story/portfolio that has been awarded a prize will be disqualified if proven to be not in compliance with the entry rules, World Press Photo has made the decision to disqualify the story,” WPP says.

WPP director Lars Boering says that the organization had originally upheld its award because there had not been “clear evidence to prove a rule had been broken” and it wanted to be “certain without a doubt.”

The World Press Photo Contest must be based on trust in the photographers who enter their work and in their professional ethics. We have checks and controls in place, of course, but the contest simply does not work without trust. We now have a clear case of misleading information and this changes the way the story is perceived. A rule has now been broken and a line has been crossed.

Boering recognizes that this entire controversy has sparked a heated but necessary debate about how photojournalism and documentary photography should be done, so they’re planning to organize a discussion about the issue of “image integrity”:

Based on the mixture of reactions we’ve received over the past week, it is clear to me that the debate taking place about the definitions of press photography, photojournalism and documentary photography is necessary, and it will have implications for the professional ethics of practitioners. We find ourselves right in the middle of this debate, and we aim to use this as a learning experience, to give focus to the discussion and bring it to the next level. In order to do this, we are organizing a discussion about image integrity that will take place during the Awards Days in Amsterdam and we also plan to hold a debate about ethics in the profession during the same event at the end of April.

As a result of this latest decision to disqualify Troilo, Italian photographer Giulio Di Sturco is now the first prize winner of the category with his series “Chollywood.”

Update on 3/5/15: Here’s an interesting excerpt from the NYTimes‘ coverage of this disqualification:

“I’m very sad,” Mr. Troilo said after learning that the award had been rescinded. He said the controversy had begun after World Press Photo rewrote his original photo captions, and he said he thought the organization had been looking for “an exit strategy.” “It seems a big injustice,” he said […]

In clarifications posted on its website starting Sunday, World Press Photo stood by Mr. Troilo and said the confusion stemmed from misleading captions that the contest had written based on Mr. Troilo’s more complete original material. The jury had been read the original captions out loud during the final critique and had not raised questions at that time.

This Camera Will Capture a 1,000-Year Exposure That Ends in 3015 for History’s Slowest Photo