Photographer Josh Gladstone of PhotoChemicals made this 11-minute video showing how you can use new Instax instant film on an old Kodak instant camera.


His project and experimentation began because he had very old and cheap instant cameras on his hands — one of them is a Kodak EK4 camera that he got for $2. After launching its own lines of instant cameras, Kodak was sued by Polaroid and lost, putting an end to production and making the cameras more or less useless for owners. 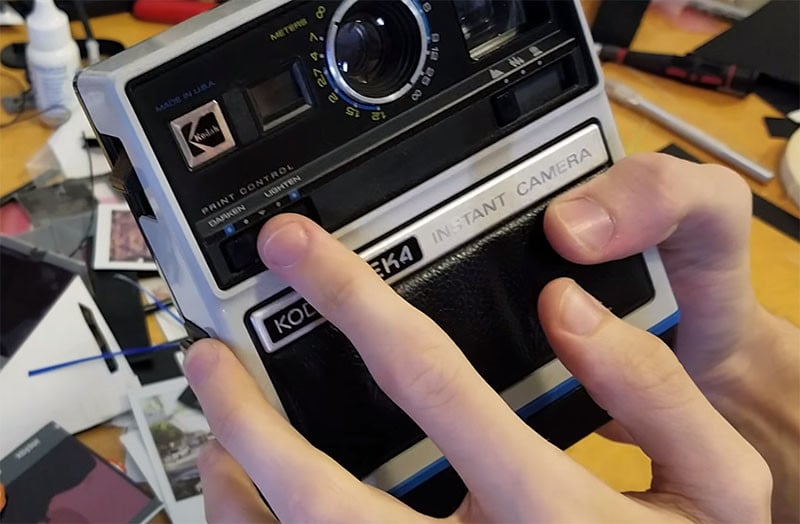 What’s neat, though, is that the old Kodak instant films have a very similar design and process to new Fuji Instax films. So all you need to do is find a way to load the new films into the old cameras.

Gladstone’s technique requires just a bit of time and a few common materials. First, find some kind of material that’s thin and smooth — Gladstone uses a black plastic file folder — and cut it into the exact dimensions of Kodak instant film so that it fits nicely into the empty film cartridge. 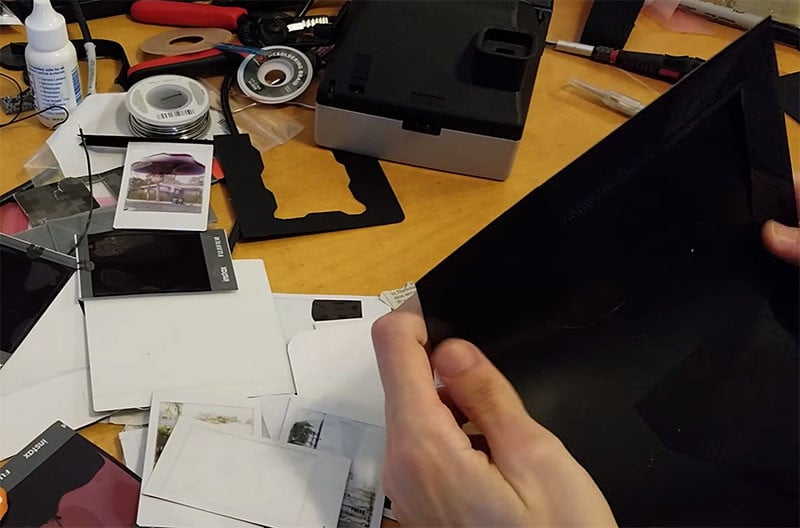 Next, stick a strip of tape along the leading edge to give the camera’s rollers more grip. 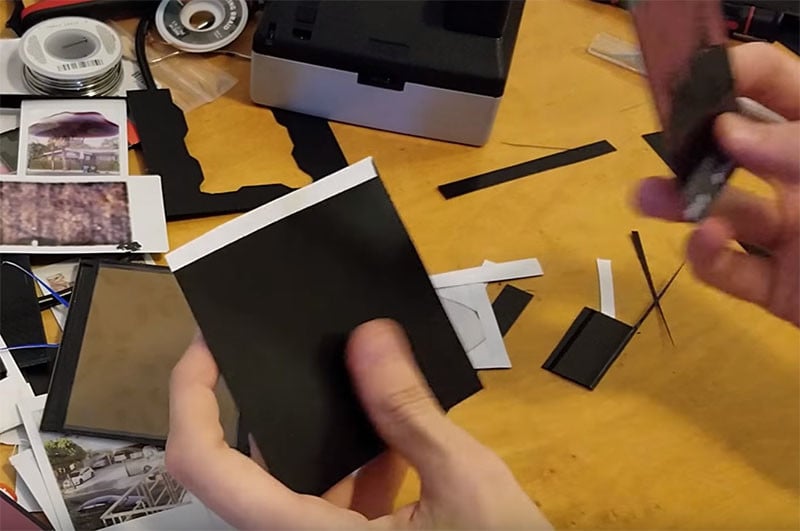 To attach an unexposed sheet of Instax film to the do-it-yourself film holder, Gladstone cut four slits into the black plastic square to hold the four corners of the Instax film. Finally, insert the makeshift film holder into your empty film cartridge in a darkroom, load up the camera, and you’re good to go. Expose a photo, eject the film, and your photo will appear on the Instax film. 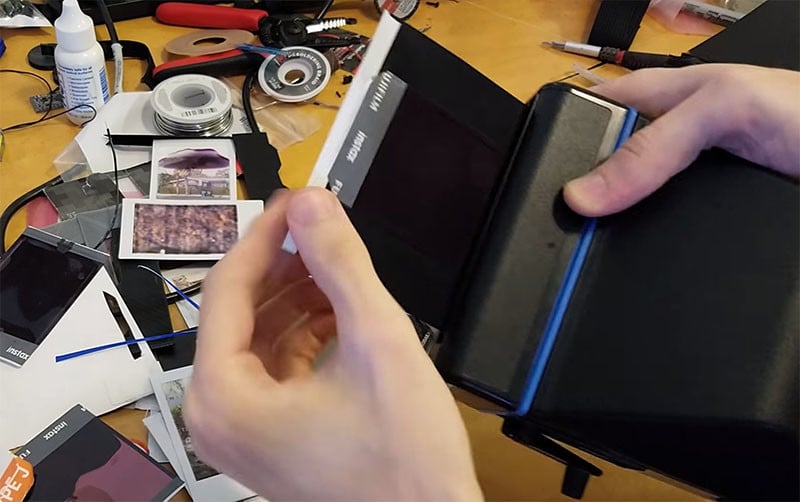 This process obviously isn’t very efficient — you get a single exposure after doing the prep work — but Gladstone is sharing it simply as a proof of concept. He’s working on building upon this idea so that you can load and shoot multiple sheets of Instax film in one sitting.