Here’s a 3-minute video by Great Big Story about the National Audio-Visual Conservation Center in Culpeper, Virginia, a nuclear bunker that was once used by the Feds to house $4 billion worth of gold. Its goal these days is to preserve the nation’s history of film. 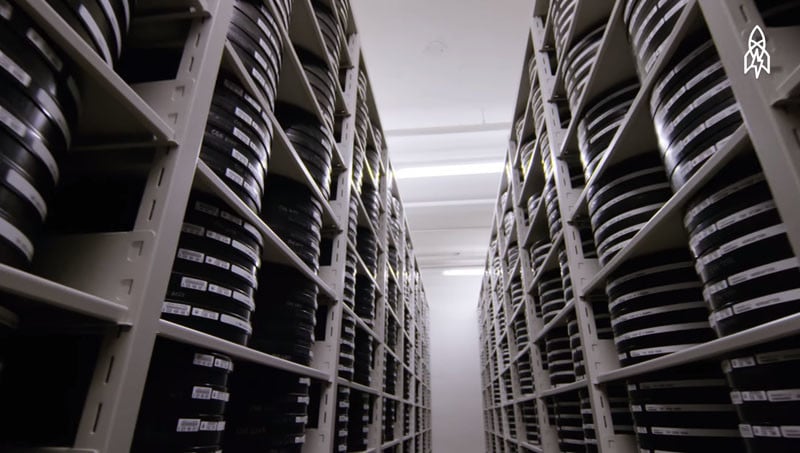 The vaults are found in the site’s Packard Campus Theater, which contain nearly 90 miles of underground shelving outside of the nitrate film vaults, with many areas kept at temperatures below freezing.

For viewing film, there’s a 206-seat theater in the complex that can show both film and digital cinema. For preservation, there are specialized areas for film repair, printing, processing, data transfer, and cylinder recording.

“You name it, we play it,” Willeman says.

As a whole, the bunker is one of the largest and most unique archives of cinema film found anywhere in the world.