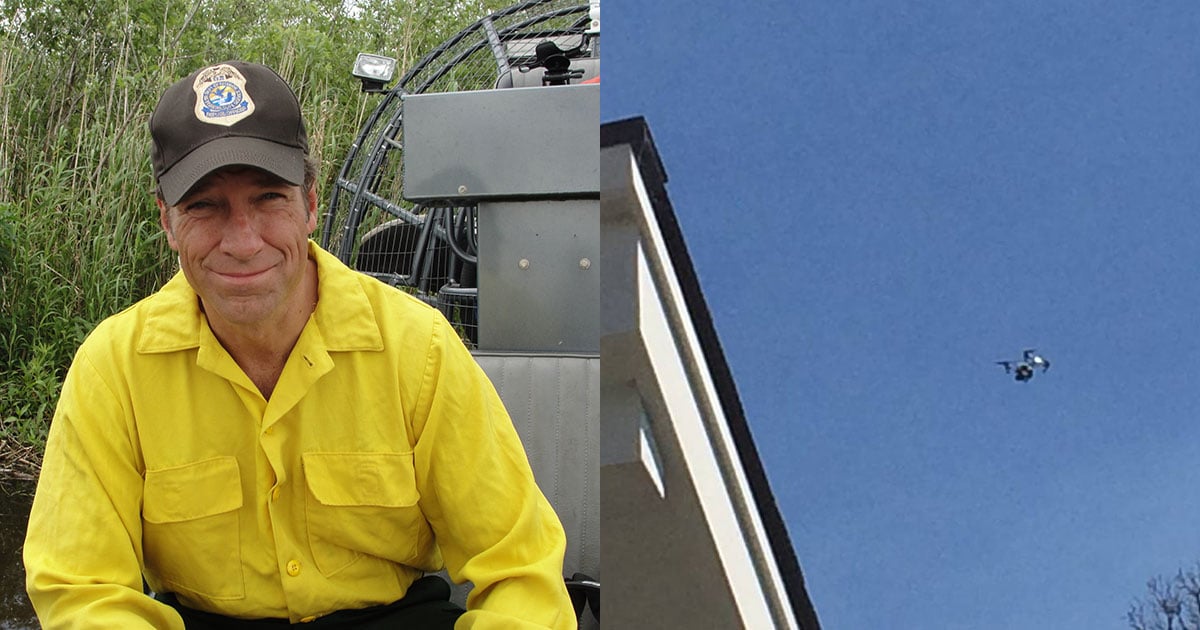 Well-known TV personality Mike Rowe took to Facebook yesterday to share a crazy story of how a camera drone violated his privacy… by capturing him standing naked in his own bedroom.

Rowe says that early yesterday morning, he was woken by a buzzing that sounded like it was “a few inches” from his ear. Waking up a little more, he realized that it was coming from the other side of his bedroom window.

“Dressed in my favorite pair of non-existent pajamas, I leapt from my bed and pulled the drapes aside,” Rowe writes. “There, not three feet in front of me, was a camera, dangling from the underside of a drone.”

“The red light was on, and the camera was rolling.”

Rowe says he was furious at the camera drone for violating his privacy at his home, so he grabbed his 12-gauge shotgun and sprinted out of the house and onto his deck, determined to blow the drone out of the sky.

“In no time, I was out on the deck downstairs, about fifteen feet below the electronic Peeping Tom,” Rowe says. “The drone had moved even closer to my window. I could see the camera panning left to right…”

As he was literally squeezing the shotgun’s trigger, the camera tilted down and pointed directly at Rowe. He froze.

“[W]hat stopped me was the realization that somewhere nearby, a drone operator was staring at his monitor, pondering the image of a very naked guy with a very familiar face, pointing a shotgun into the lens of his Go Pro and looking every bit as crazy as Gary Busey and Nick Nolte at the nadir of their careers,” Rowe says.

He then realized that photos or videos of a naked TV personality shooting down a drone have a pretty good chance of going viral online — not something he wants to be attached to. Instead of shooting the drone down, Rowe grabbed his cell phone and snapped a photo of the drone as it made its escape.

“If the unthinkable occurs […] you can all say you heard it here first,” Rowe writes.