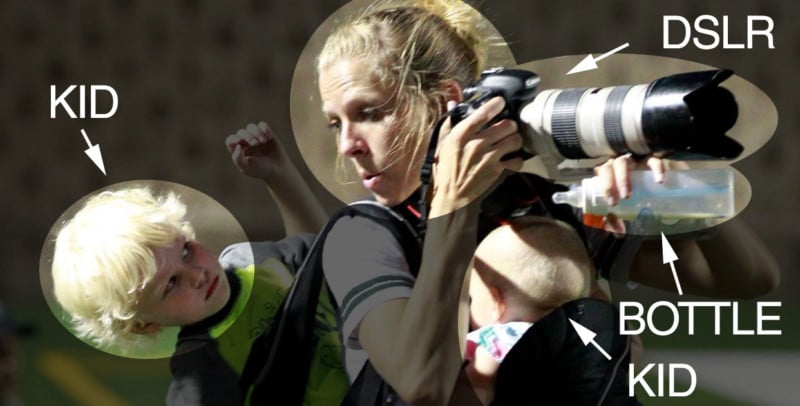 Photographer John F. Rhodes was shooting a high school football game for the Dallas Morning News last Friday when he spotted something remarkable: one of the photographers at the game was shooting with one kid strapped to her back, one strapped to her front, a DSLR in one hand, and a milk bottle in the other.

The Dallas Morning News just published the photo on its website and shared it on its Facebook page:

The photographer has been identified as Melissa Wardlow, who tells the Dallas Morning News that she’s no superwoman and that it was “just a normal day.”

Wardlow was shooting with her 3-year-old son Jordan on her back and was feeding her eight-month-old Addison on her front-side.

Wardlow is now being praised far and wide for showing the kind of dedication that allows you to succeed as both a mother and a photographer.