NASA recently released a shocking slide show that shows, picture-by-picture, the death of what was once the fourth largest lake on Earth. Known as the Aral Sea, this endothermic lake is now mostly an arid wasteland.

The video, embedded below, actually only shows the last 16 years—the Aral Sea’s dying ‘breath,’ if you will. But the demise of this massive lake between Kazakhstan and Uzbekistan began in the 1960s when the Soviets diverted the river that fed into it as part of a irrigation project.

Those rivers were diverted to irrigate arid plains in Kazakhstan, Uzbekistan, and Turkmenistan, and slowly the lake began to shrink. By 2007 it had become 10% of its original size, splitting into 4 separate lakes.

Here are a couple of more views captured from space. Here is the lake in 1985, photographed from the Space Shuttle Challenger: 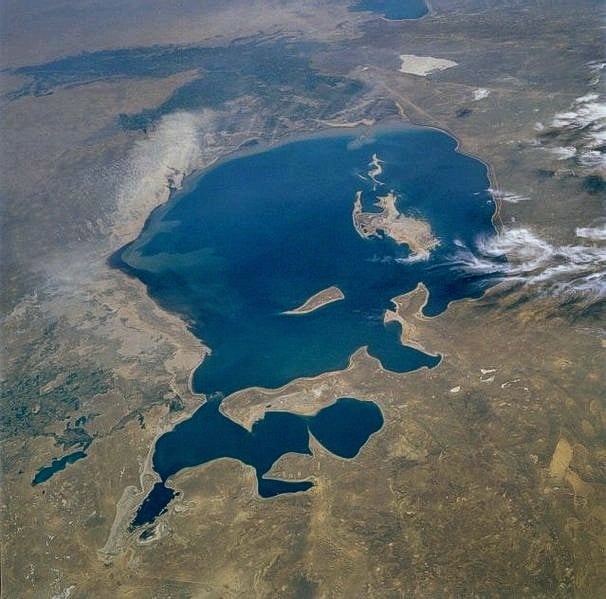 And here it is in 1997, photographed from the Space Shuttle Discovery: 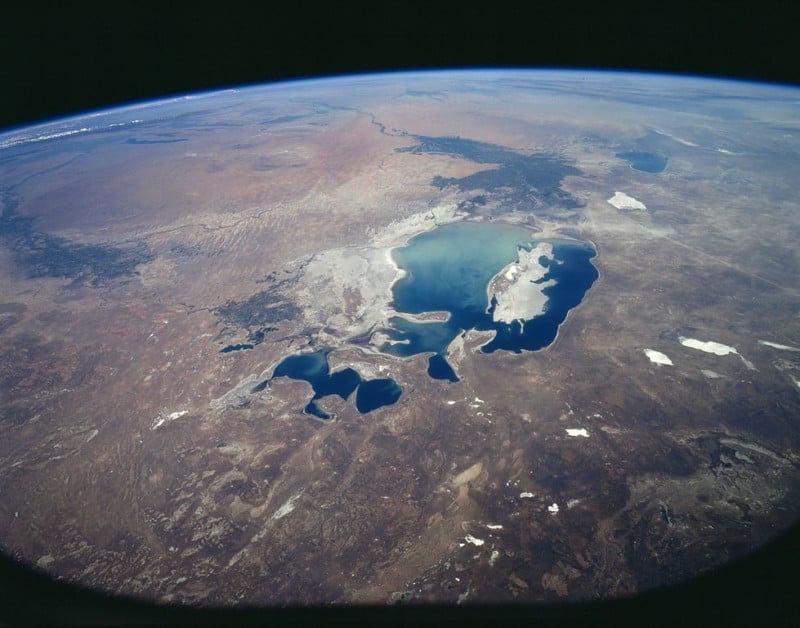 Now, where the majority of the Aral Sea once was, it looks like this: 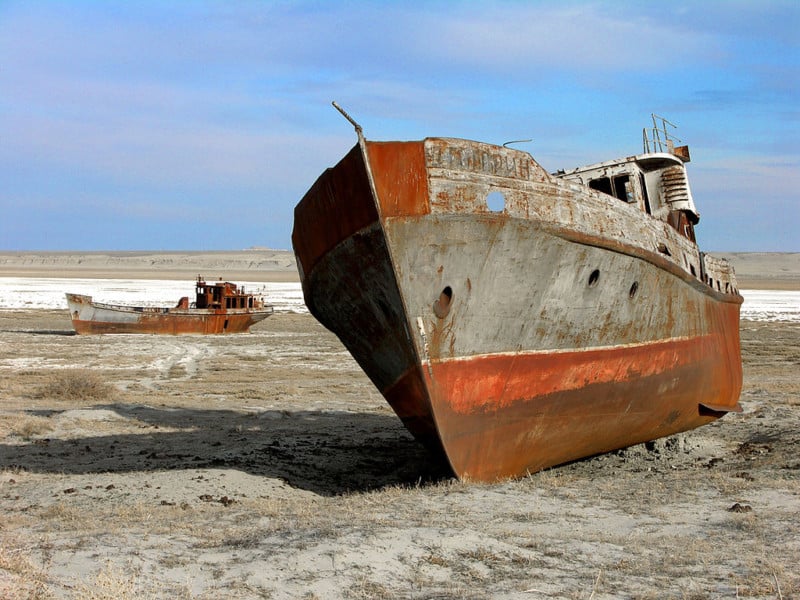 According to NASA, diverting the water and destroying the lake has been, by and large, a disaster:

As the Aral Sea has dried up, fisheries and the communities that depended on them collapsed. The increasingly salty water became polluted with fertilizer and pesticides. The blowing dust from the exposed lakebed, contaminated with agricultural chemicals, became a public health hazard.

The salty dust blew off the lakebed and settled onto fields, degrading the soil. Croplands had to be flushed with larger and larger volumes of river water. The loss of the moderating influence of such a large body of water made winters colder and summers hotter and drier.

In 2005, a dam was built between the northern and southern parts of the Aral Sea. It was a last ditch effort that has helped save the northern sea, while guaranteeing that the southern portion will never recover.

Behind the Scenes: Capturing Epic Pre-Wedding Photos with Sails Chong