The 5D Mark IV might be the big release of the day, but it’s certainly not the only news from Canon this Thursday. In addition to the fancy new camera, Canon also revealed two new L lenses—the EF 16-35mm f/2.8L III USM and the EF 24-105mm f/4L IS II USM—and an interesting SD card-shaped W-E1 WiFi adapter.

Let’s start with the glass. The 16-35mm f/2.8L III and 24-105 f/4L IS II are both, as you can tell by the Roman numerals, updates to current lenses. But that doesn’t mean they didn’t bake in some worthwhile improvements.

The 16-35mm f/2.8L Mark III boasts even better durability than its dust and water-resistant predecessor, and now features a large diameter GMO dual-surface aspherical lens and a ground aspherical lens in its optical formula which, apparently, fixes issues the Mark II had with edge-to-edge performance. 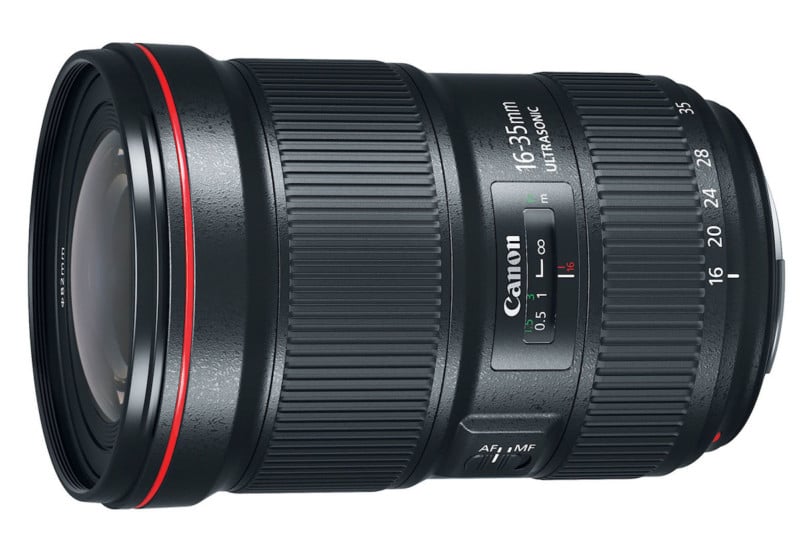 The ultra-wide zoom will be shipping in late-October, but you can already pre-order it for the suggested retail price of $2,200 on B&H. The standard zoom lens will also be available late-October, and just like the 16-35, you can already pre-order it on B&H for a suggested retail price of $1,100. If you believe the marketing materials, the W-E1 was created specifically to bring WiFi capability to the Canon 7D Mark II. It’s also compatible with the Canon 5DS and 5DS R, but it is primarily being sold bundled with the 7D Mark II, giving it the same transfer and camera control capabilities as the newly-released 5D Mark IV.

Don’t let the form-factor fool you: this isn’t an SD card. It does work through the SD card slot, allowing you to add WiFi without bulking up the DSLR, but it has no storage and must therefore be used with a CF card in the other card slot. Used with the 7D Mark II, you can transfer both images and video. In the 5DS/R, it can only transfer stills.