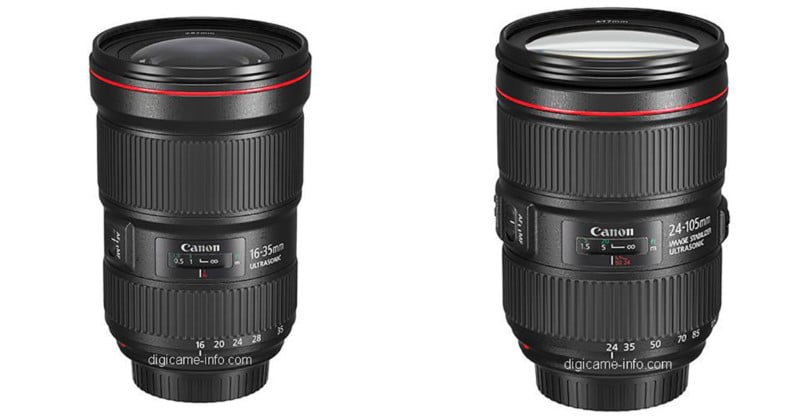 In addition to the recently-leaked 5D Mark IV, Canon is also planning to release two updated L lenses next week: the 16-35mm f/2.8L III and the 24-105mm f/4L IS II. Both lenses have now also leaked online.

Like the 5D leak, this one comes from Digicame-info (1 and 2), who has received two photos of each lens along with some basic specs re: weight and dimensions. The 16-35mm lens is said to feature improved build quality and AF performance. According to the specs received by Digicame-info, it’s also a touch longer (127.5mm vs 111.6mm) and heavier (790g vs 635g). 82mm filter thread size is the same as the Mark II. 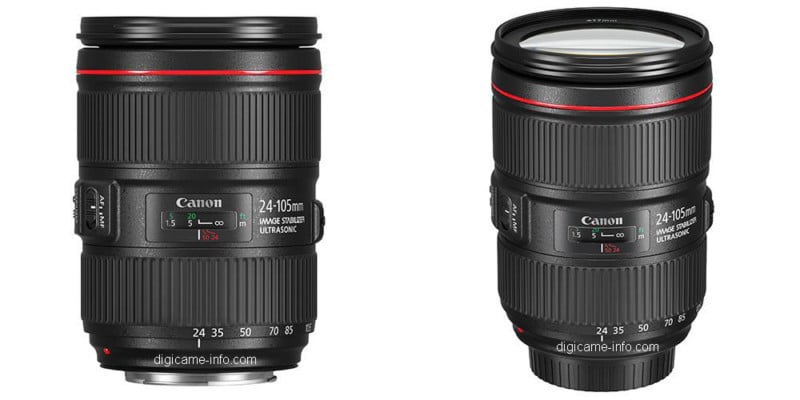 The 24-105mm also features improved build quality, although there’s no mention of improved autofocus. It, too, got a bit longer and heavier. The new lens is 118mm in length compared to about 107mm for the previous version, and it weighs in at 795g, about 125g heavier than the current 24-105mm f/4L.

This Camera Ensures a Photo Finish at the Olympics