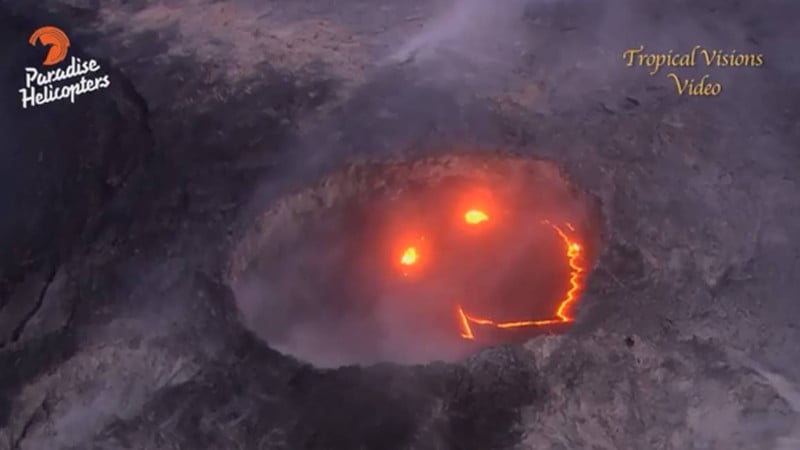 While flying over the Pu’u O’o crater of the Kilauea volcano on Hawaii’s Big Island, Mick Kalber of Tropical Visions Video captured an unusual shot of what appears to be a glowing smiley face looking up at him.

It’s simply an instance of pareidolia — seeing familiar things or patterns where none exists — caused by the lava, but the shot has gotten Kalber quite a bit of attention since he captured it back on July 28th, 2016 (it even made it onto NBC Nightly News).

Here’s the video that produced the still frame above:

You can enjoy more videos by Tropical Visions on iTunes and on Google Play.

(via Mick Kalber via Laughing Squid)

Not Marketing Will Devastate Your Photography Business

What ‘Instagramming’ Your Dinner Was Like in the 1700s