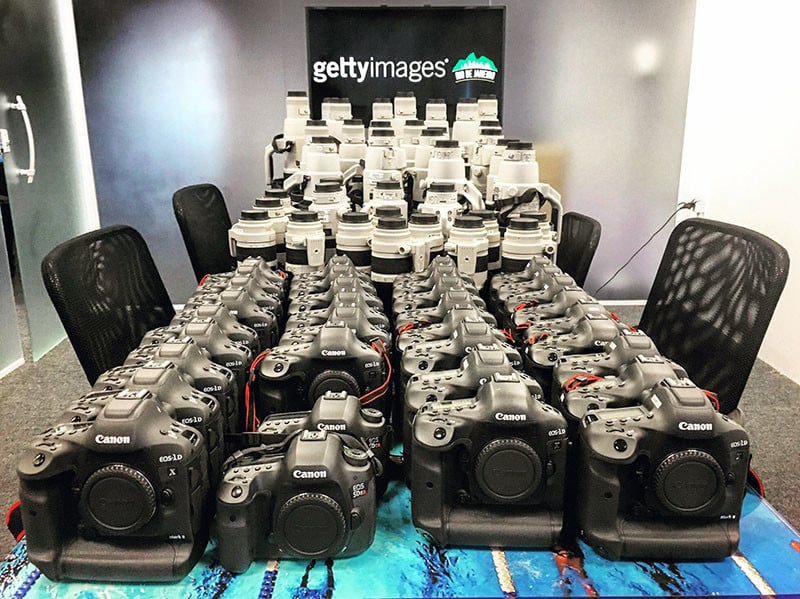 This photograph shows the camera equipment that Getty Images photographers will be using Brazil for the upcoming Rio Olympic Games. That’s a lot of high-end Canon DSLR gear.

The man who took the photo, Getty Images Director of Sports Events Michael Heiman, tells PetaPixel that the photo agency will be moving more photos than ever before at this year’s games.

“Getty Images will be capturing a record-setting 1.5 million images at the Games and sending key medal moments from camera to customer in as fast as approximately 120 seconds,” he says.

Here’s a glimpse at just some of the lenses:

It takes a lot gear to cover the Olympics. This is just some of our lens…. #mygettyriooffice #rio2016 #cps #thankscanon #lotsofglass

Here’s a visualization of what the Canon gear assigned to each photographer looks like: 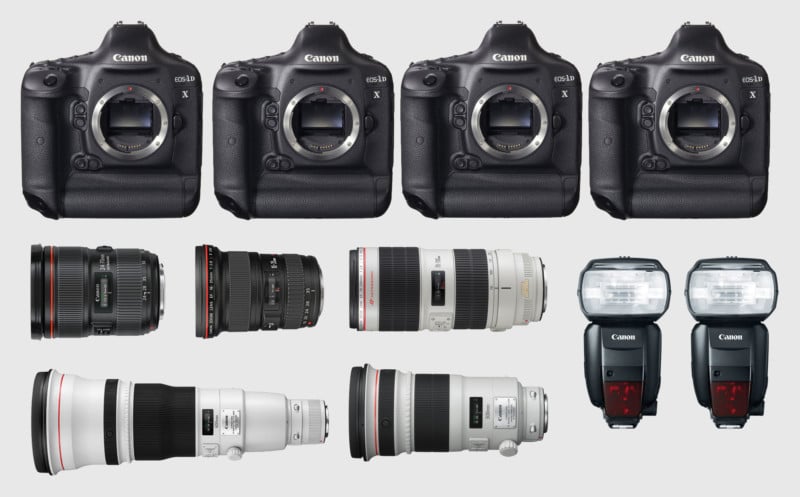 This means that each photographer is carrying up to $42,289 in Canon gear in their 50lb bag when covering one of the sporting events.

Heiman says that in addition to capturing standard photos, Getty Images will also be using special cameras for immersive 360-degree views and 20 robotic cameras for aerial and underwater views.

Back in 2012, we shared a drool-inducing glimpse into the DSLR room of Canon Professional Services at the London Olympic Games.

(via Getty Images via Pop Photo)

Why I Ditch Extra Gear and Travel Light as a Photographer