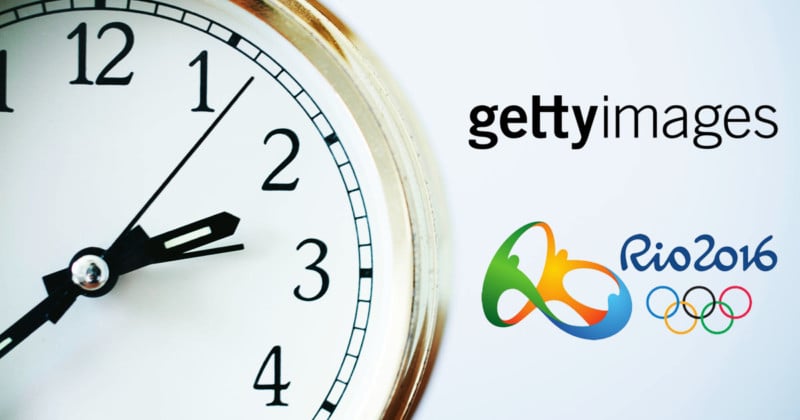 We recently shared the impressive Canon DSLR arsenal Getty Images brought to the Rio 2016 Olympics. Here’s something else that’s impressive: the agency team of photographers and photo editors at the Games can snap, edit, and share official Olympic photos in as little as two minutes.

Pop Photo has published a behind-the-scenes look at how Getty Images goes about covering the Olympics, from the first preparations that start 7 years before the Games to the crunch time operations at the sporting events.

Optimizing the whole system is critical, as Getty Images plans to capture roughly 1.5 million photos during the Olympics ~18 days, which averages to about 83,333 photos shot every single day. Of the 1.5 million photos that are shot, at most 85,000 are selected, post-processed, and sent out to the world through Getty Images’ photo services.

Everything is transferred across a special data network that photographers connect their DSLRs to using Ethernet cables. This high-speed network can beam 10 photos per second to photo editors at a central location. Each part of the process is geared towards speed.

“If the stars are aligned, that process—from the moment the shutter is pressed, through the image selection and Photoshop correction, to the moment the data is applied and sent across our internal network to our customers— happens in around 120 seconds,” Getty Images VP Ken Mainardis tells Pop Photo. “Watching these guys work is like watching a musical orchestra. It’s incredible how slick and efficient they are, looking at enormous amounts of content.”

"If you have ever wondered how pictures get from photographer to the ? in 120 seconds, it's because we have the best team working together." – @josephisrawi #GettyAtTheGames #GettySport

If you don’t think a 2-minute turnaround time is impressive, just take a look at the photo transmitters that press photographers used back in the 1970s:

The UPI 16-S photo transmitter in this video was able to scan one color photo and transmit it across a phone line in just 26 minutes.

Photography Trick: Darken a Bright Background with a Scrim Net