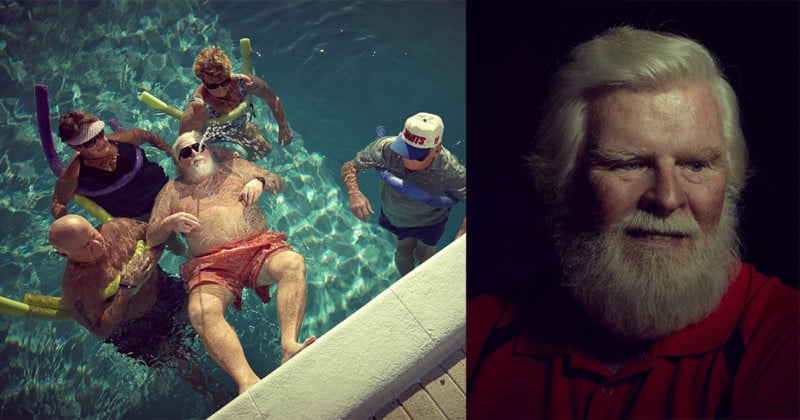 What does Santa do in the ‘off-season’ between January and December? Does he go swimming? Work in his wood shop? Play the keyboard? Photographer Mary Beth Koeth set out to find out, and the answers are yes, yes, and yes.

Ms. Koeth’s ongoing portrait project Off-Season Santas is pretty self explanatory: she travels around Florida photographing professional Santas during the months when they’re not working.

One lives in a retirement community when he’s not being Santa at the Bloomingdales in New York City; another is a carpenter who was, if you can believe it, a male exotic dancer for a couple of years in his youth. Their stories are as interesting as their photographs.

All of the captions below were provided by Ms. Koeth and used with permission.

Santa Joe is a large and lovely Irish Catholic from the Bronx and also the New York City Bloomingdales Santa. Several years back, Santa Joe and his wife bought a condo in Oriole Gardens Retirement Community in Margate, FL. Eighty of the units in the community are filled with his family/friends from back in the Bronx. He said, “We all grew up with each other and want to grow old together.” 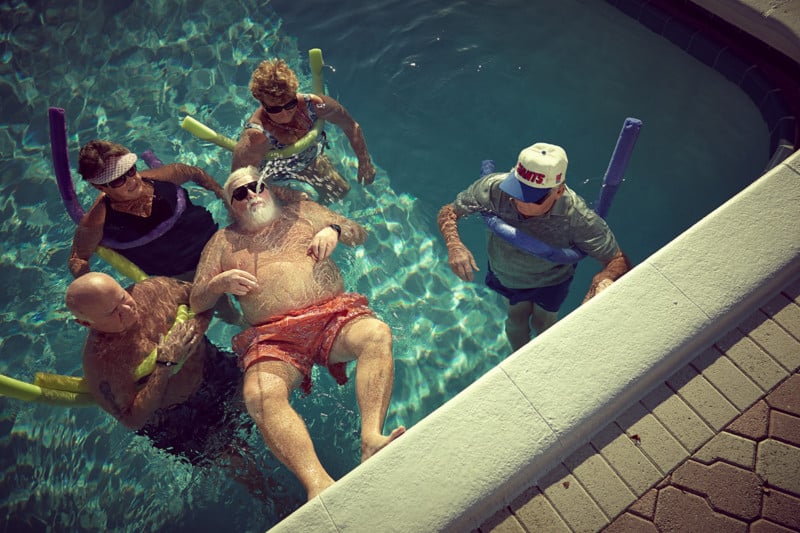 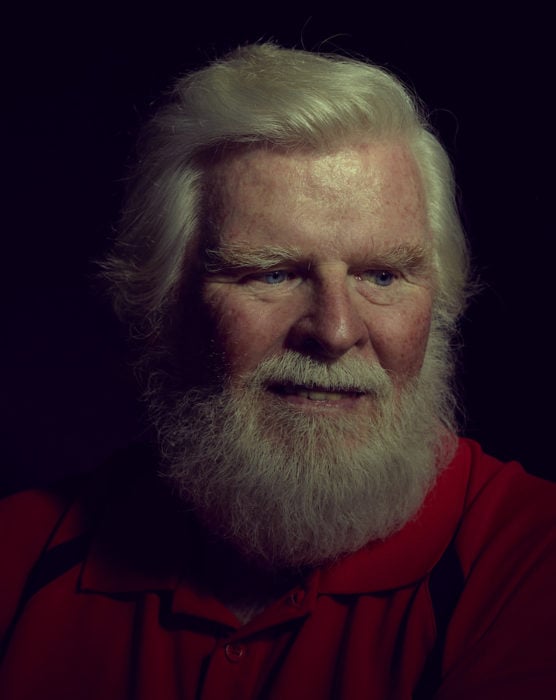 Santa Gregg Henry is a carpenter at Michael Rybovich & Sons Boat Works in Palm Beach Gardens, FL. “I make big, expensive toys for very wealthy boys and girls.” His career in woodworking started with a love for building things and is now 40+ years in the making. “The only thing I haven’t done is coffin making. I don’t really have much interest in that.” Many years ago, following a painful divorce, Santa Gregg spent two years being a male exotic dancer. “My stage name was Grizzly Gregg because I had the beard and everything back then. I found that taking off your shoes is really hard to do when you’re standing up.”

In his off time, Gregg is a club officer and rear commodore with the Gulfstream Sailing Club in Fort Lauderdale. 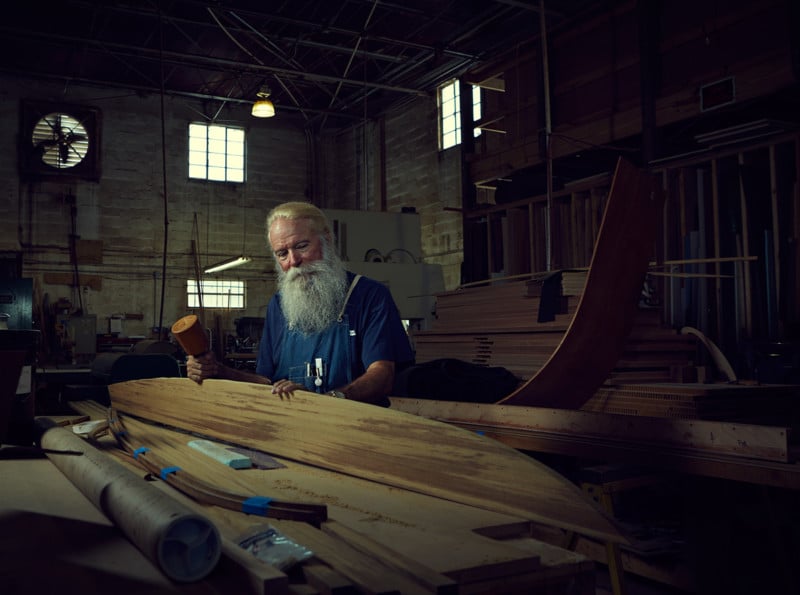 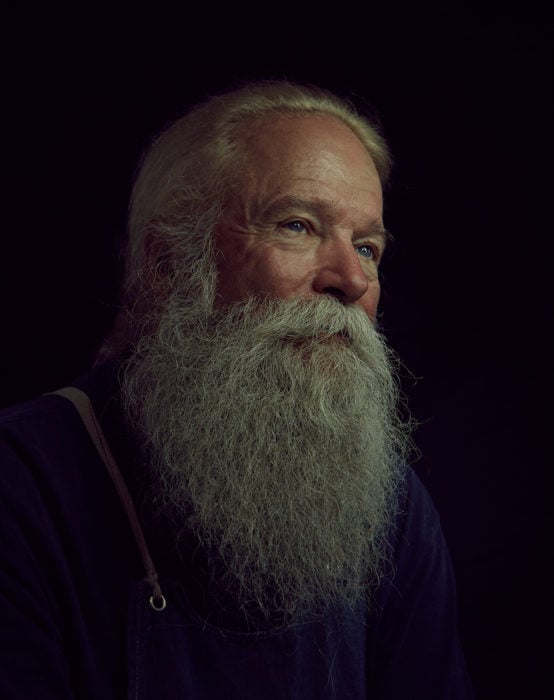 Santa Roy is a retired police officer who was named one of the Top Ten Law Enforcement Officers in the State of Florida in 1984. He currently operates his own investigative agency and has a total of 40+ years in the law enforcement and investigative field. In his spare time, Santa Roy plays banjo with his son and sings with the Great American Dixie Band. He also collects American political memorabilia, old flags, and Japanese Swords (he reads and translates Japanese). 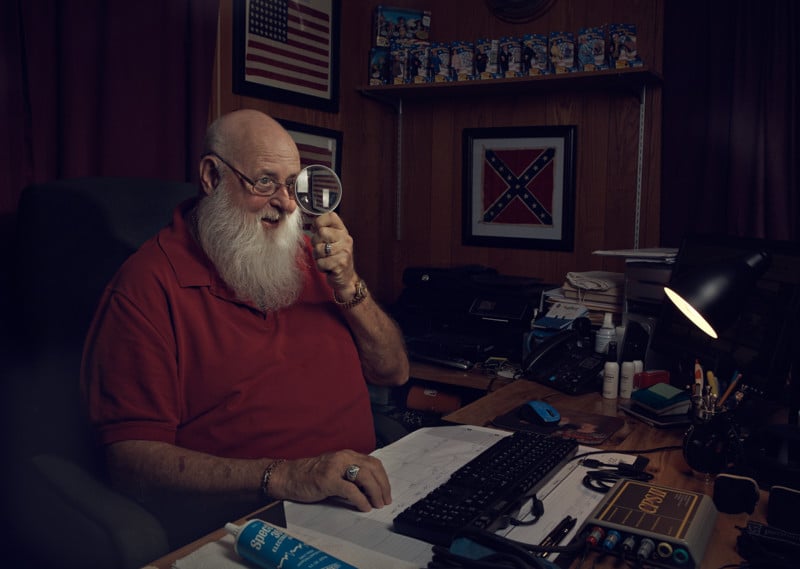 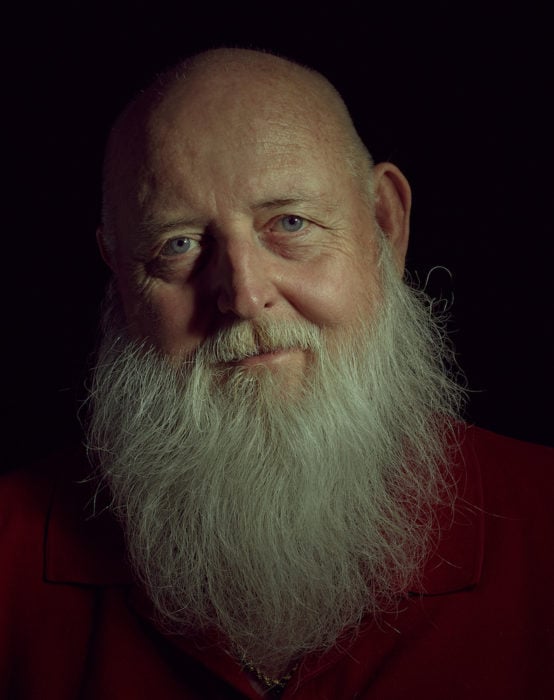 Santa Ernie Tedrow is originally from Baltimore, Maryland. He moved to Orlando after his mother passed away and started in the hotel business where he worked his way up to Director of Sales and Marketing.

“One week a month I would travel. I’d fly to Chicago in the morning, pick up the client in a limousine, take them to Oprah’s restaurant for lunch, sign a half million dollar contract, take them back to the office, fly back and be home for dinner. I absolutely loved it.”

Ernie now lives in Tamarac, Florida with Everett, his partner of twenty-three years. He is a community association manager for condos and HOAs in South Florida. “I figured, I’m fat, old, and bald… and I have a career!” 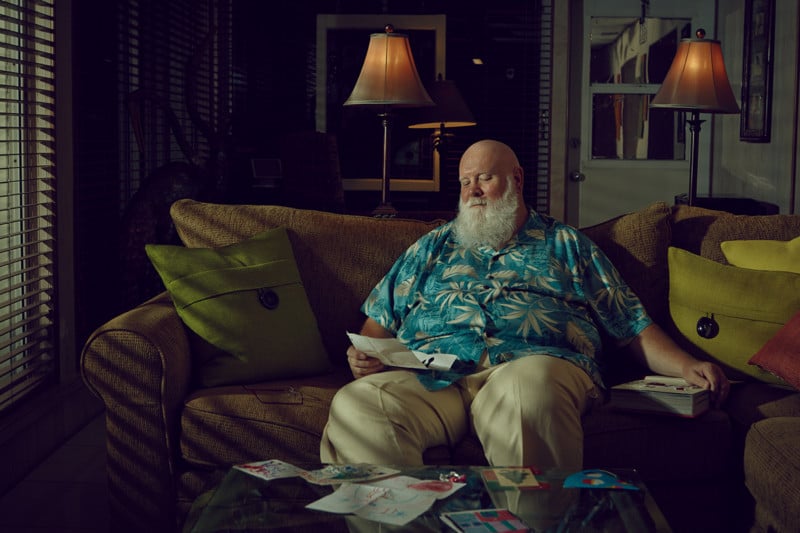 Santa John Snyder, 67, is a Purple Heart Vietnam vet, born and raised in Queens, New York. “When I got out of the army, I wanted to be a playboy for a while before I settled down—sow my wild oats so to speak. Well, I met my wife, fell for her and married her right away, so I had to give that all up.”

John served as President of Mensa, the largest and oldest high IQ society, for several years in South Florida. Snyder and his wife Theresa are both active members of The Church of Jesus Christ of Latter-day Saints and currently reside in Kendall, Florida. 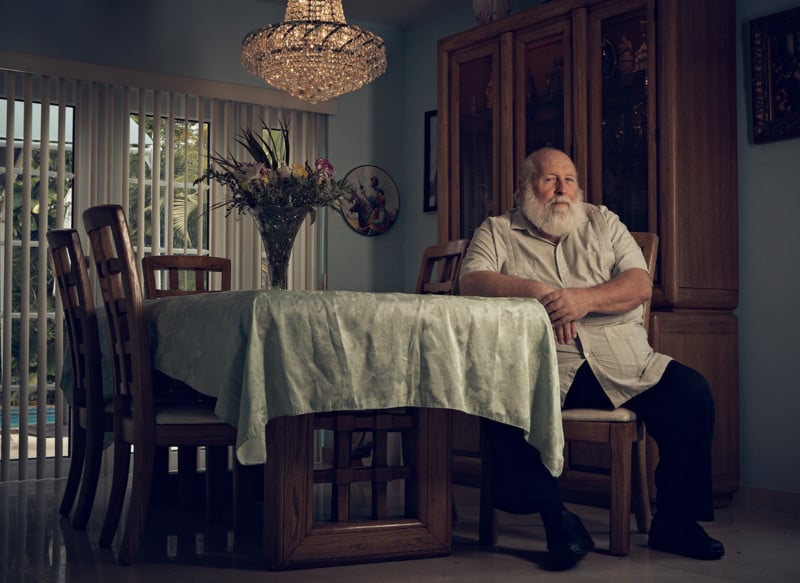 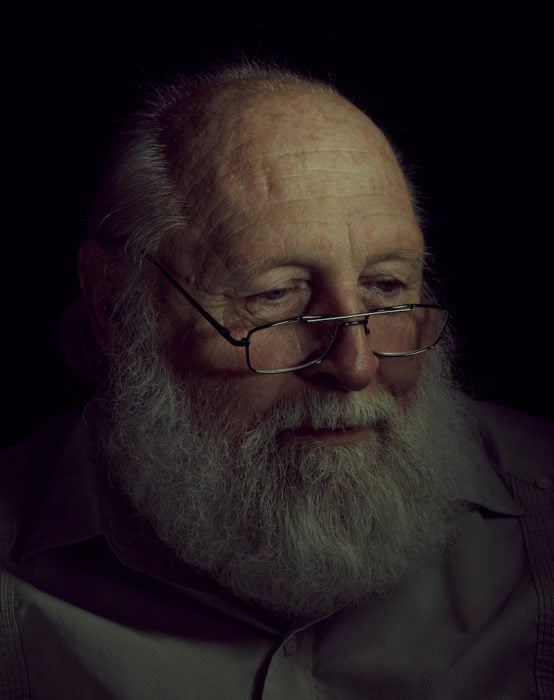 Santa Lance Willock, 77, is a former salesman from Peoria, Illinois. Music has always been his passion. He would run home from work on Fridays, dapper up, and meet with his band to entertain at one of the many local hotspots. “I met my wife, Rosemary while playing in a club. She never knew it was going to end up like this… In fact, she’d probably run the other way if she thought about it.”

Lance and Rosemary live in a retirement community in Stuart, Florida. 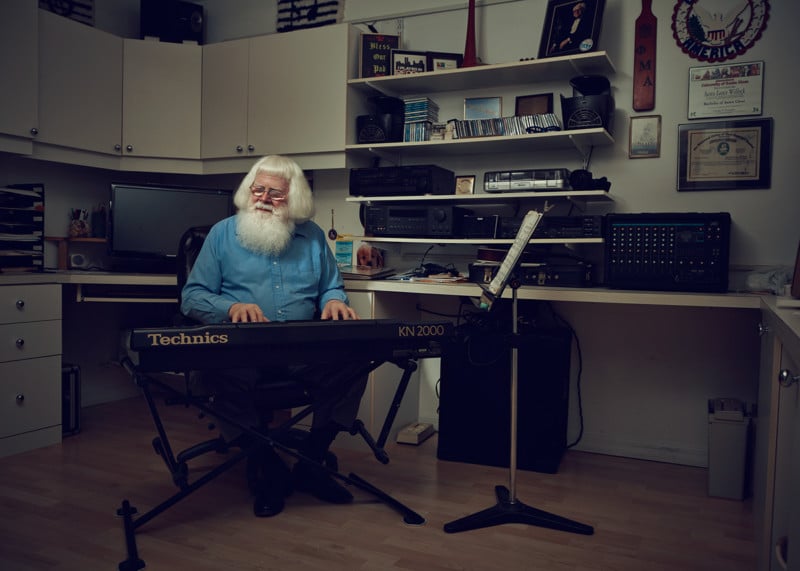 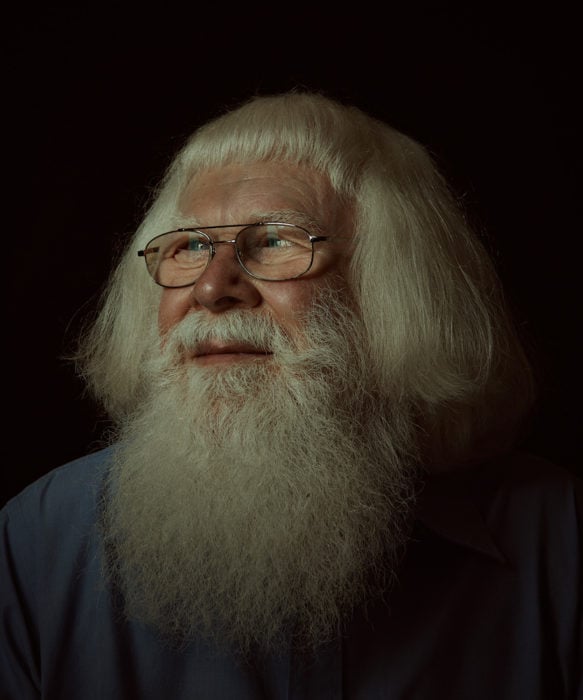 Image credits: All photographs by Mary Beth Koeth and used with permission.

Microburst Photographed from a News Helicopter