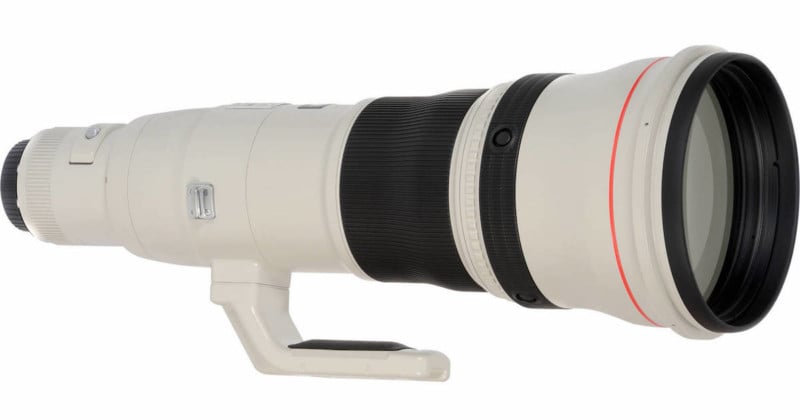 The patent, originally spotted by Egami, actually describes four optical formulas for four different 40-800mm internal zoom lenses—two for full frame, two for PowerShot superzooms. And while the idea of a wide-to-super telephoto lens might seem really cool, chances that Canon would attempt to actually build this behemoth for a full frame camera are slim to none.

Still, it’s fun to see a massive company like Canon playing around with crazy ideas. I think they call it “in-o-vay-shun” or something.