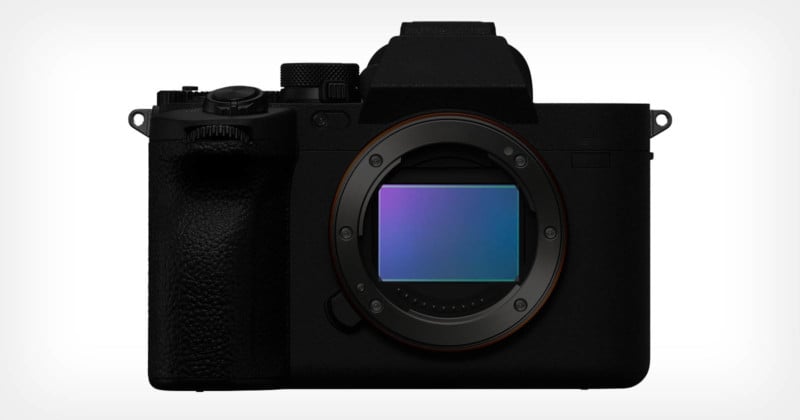 Photographers hear about sensor size all the time, especially when looking to buy a new camera. These include APS-C, Four Thirds, 1″, and of course full-frame, the reference format to which all others are compared. But what is a full frame camera and does it make a difference?


In this article, we will explain the basics of what a full-frame camera is in photography and whether you should consider getting one as your next camera.


What a Full Frame Camera Is

This contrasts with APS-C (Advanced Photo System type-C), which is a sensor size that’s roughly equivalent to the C (or “Classic”) format of the Advanced Photo System film negative. This format is equivalent to the Super 35mm motion picture film format, which also uses standard 35mm film stock but records frames vertically on the film rather than horizontally like a 35mm still camera.

A photo frame recorded horizontally by a still camera on 35mm film measures 24×36mm, while a frame recorded vertically by a motion picture camera is roughly 1.4-1.6x smaller, which you may recognize as the crop factor of APS-C image sensors.

There are larger image sizes than full frame — sensor formats known as medium format and large format — but the classic 35mm frame remains the reference size for the term “full frame” and the size by which crop factors are measured.

According to Kodak, a full frame of 35mm film has an effective resolution of 6K. And while full frame cameras have been around for nearly a decade, it’s only recently that the image sensors have been able to reach the same physical resolution as film. In spite of the lengthy development time, however, sensors are now surpassing resolution quality, making the baseline comparison to film somewhat antiquated.

A lens will have a wider angle of view on a full frame camera than it does on a crop sensor camera. Photographers working in certain genres such as landscape photography and real estate photography may benefit from their lenses capturing more of any given scene.

Better in the Extremes

The benefits of a full frame sensor over other sensor sizes are rather obvious. It’s larger. The larger the sensor, the more light the sensor can gather, and with far less noise. This isn’t about the resolution of the image, mind you. There are APS-C 4K sensors and full frame 4K sensors. But the difference is in noise, particularly in low light. Since they typically have larger pixel sites, full-frame sensors are generally superior at capturing better and less noisy photos in low-light environments.

As a result, a full-frame sensor, though larger than APS-C or Micro 4/3s, offers better low light performance, and a sharper image.

Full frame cameras also enjoy a greater dynamic range, offering far more detail in the extremes of light and dark. Deeper blacks, and more detail in the areas of higher exposure. This translates into being able to shoot more contrasty images, or, when an image is over or under-exposed, being more likely to save an image with post-processing thanks to that added dynamic range. There will be greater latitude to recover blown-out highlights or deeper shadows over a similar image captured with a cropped image sensor.

Another advantage of a full frame camera is its ability to capture “more bokeh” than a crop sensor camera. While the same lens focal length and aperture will result in the same depth of field on both full-frame and APS-C cameras when shooting a subject from the exact same distance, the angle of view (and thus composition) will be different.

To achieve the same composition as full frame with the same lens, a photographer using an APS-C camera would have to move further from the subject. And the farther away the camera is from the subject, the deeper the depth of field (and the less bokeh you get).

In other words, a photographer moving up to a full-frame camera from crop sensor will find that their collection of lenses suddenly appears to capture more bokeh when framing subjects in exactly the same way, even though this is a result of the different camera-to-subject distance and not the sensor itself.

With better resolution, lower noise, better low light performance, and blurrier bokeh, it would seem like choosing a full-frame camera is a no-brainer for a photographer. Well, hold on. There are some tradeoffs with full frame compared to crop.

First, at least when it comes to DSLRs, the cameras are typically heavier and bulkier than their crop sensor cousins. This is rapidly changing with the popularity of mirrorless cameras, which are rapidly replacing single-lens reflex (SLR) cameras. But head to head, a full frame camera will be larger and heavier than an APS-C or Micro 4/3s camera. And APS-C mirrorless cameras now offer increased portability over their full-frame siblings.

For some brands, namely Canon, full frame cameras also can’t accept cropped sensor lenses without an adapter while crop sensor cameras can use both full-frame and crop sensor lenses. This has to do with the “flange distance,” or the distance from the end of the lens to the sensor. The lens just gets in the way of the mirror, so one needs an adapter.

Even when an adapter, the image circle is also vignetted on the full frame sensor, so a smaller lens can’t capture the entire image like a full frame lens. The end result is having to crop in any way to avoid the black letterboxing that rings around the photo.

For many other brands, however, APS-C lenses can be mounted to full frame cameras as long as their lens mounts match up.

Full frame cameras are also usually more expensive than crop cameras. Obviously, when dealing with a larger sensor size and a smaller customer base of more serious photographers, the result is producing fewer sensors on a single production run, and that translates into cost. However, the old adage “you get what your pay for” comes into play. And if opting for a full-frame sensor is preferred, then the investment is sure to pay off.

The best full-frame lenses are also generally more expensive (and of higher quality) than lenses designed specifically for crop sensors.

With the higher resolution of full-frame sensors comes larger file sizes. Photographers will need to deal with the increased storage burden of the larger images, so the cost spent on things like backup drives and cloud services will likely be greater than when shooting smaller images from a crop sensor camera.

Do you need a full-frame camera? Well, in the beginning, full frame definitely offered advantages. Even today, they have benefits, especially for professionals. But even professionals are starting to see the performance curve flatten out between full frame and its smaller-sensored counterparts. Opting for a more mobile platform with smaller lenses is a luxury that many shooters can indulge in since image sensors are higher in resolution, and post-processing and computational photography mitigate at least some of a smaller sensor’s shortcomings.

It all comes down to what works best for you and your particular niche of photography.