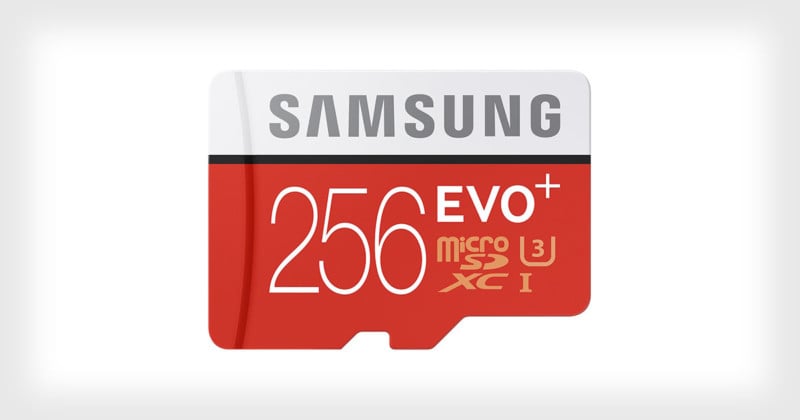 Samsung has announced its new EVO Plus 256GB microSD card, a high performance and capacity card that lets you record up to 12 hours of 4K video.

The latest GoPro cameras have max card capacities of 64GB and 128GB, but that’s not stopping Samsung from launching this new card for new generations of high resolution cameras. The new 256GB card is the highest capacity microSD card in its class, and is designed for action cameras, drones, 360-degree cameras, smartphones, and tablets.

“Consumers can now record up to 12 hours of 4K UHD video or 33 hours of Full HD video on their mobile device or action camera without needing to change or replace the memory card, allowing them to experience more and worry less about running out of memory,” Samsung says.

Read and write speeds of the card are 95MB/s and 90MB/s, respectively, great for high resolution photography and 4K video recording. The card is also waterproof (down to 1 meter for 30 min), X-ray proof, and magnet proof. The operating temperature range is –13°F to 185°F (–40°F to 185°F for non-operating).

Photographing ‘The World’s Most Haunted Island’ in Venice