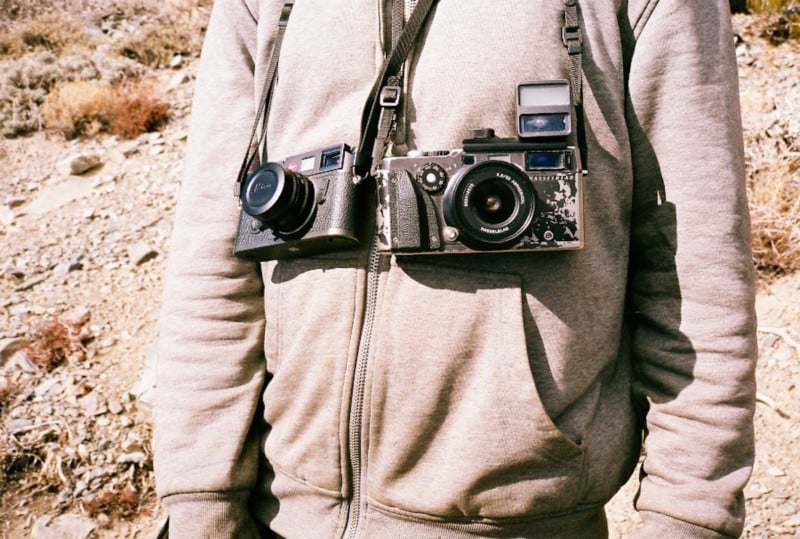 We wouldn’t use the word “prosumer” to describe Hasselblad, but fresh reports claim that might be changing very soon. It seems Hassy will be breaking into the prosumer market with a brand new camera, and it could happen as soon as the middle of next week.

The rumor comes from our friends at Photo Rumors, who have it from two different sources that Hasselblad will be announcing a new camera next week, sometime around the June 22nd/23rd time frame.

This has immediately set off a wave of speculation, mostly surrounding the prosumer camera that Hasselblad CEO Perry Oosting has hinted at in some interviews he gave earlier this year. Asked about his comments on “broadening the appeal” of Hasselblad by ePHOTOzine, he said:

What would fit is something aimed at the prosumer – which we see as the dedicated amateur, passionate enthusiast, semi-professional etc. – already shooting with a DSLR. Part of this audience already buys into Leica and our first step would be to look at this area, prices and portability.

In another article, Jonathan Margolis of FT.com said people would be “over the moon” about a “wholly new model” he saw at Hasselblad, but that he couldn’t officially mention yet.

If the camera mentioned in the quotes above is indeed the same one Hasselblad is preparing to unveil next week, then we definitely have something to get excited about.

UPDATE: The rumor of an announcement has been confirmed, Hasselblad will host a livestream event about a “game changer in the world of photography” on Wednesday, June 22nd at 2pm CET:

UPDATE 2: Photo Rumors has received an update from a source about the upcoming Hasselblad camera. PR says the source describes it as “mirrorless, ‘very special’, ‘beautiful’, with an unusual aspect ratio.”

Humor: This Meme Puts Your Lovelorn Life in Photography Terms

Why Backlight is the Most Epic Light