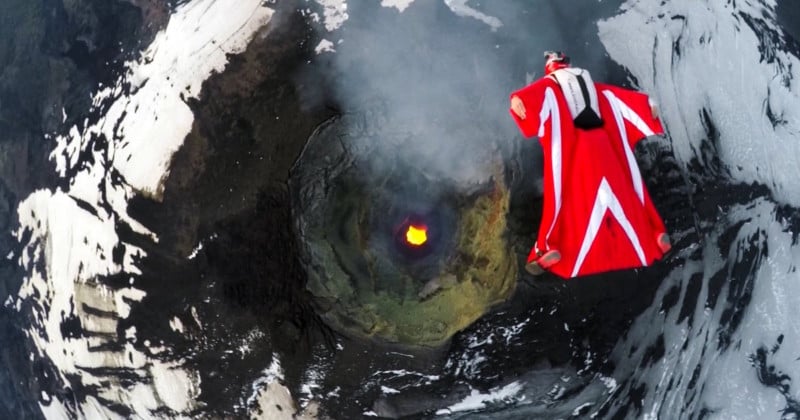 She’s done a fashion shoot mid-skydive and mid-BASE jump, but supermodel and extreme athlete Roberta Mancino‘s latest exploit doesn’t involve dressing up in fancy clothing while plummeting to the Earth. Instead, she strapped some GoPros to herself and took a wingsuit flight over an active volcano.

It’s exactly as crazy as it sounds. According to GoPro, “Flying a wingsuit over an active volcano has long been a dream for Roberta Mancino,” and so, after many years of training, she strapped three action cams to her body and dropped out of a helicopter hovering 15,000 feet above Chile’s Villarrica stratovolcano.

Between the footage from her cameras and the footage captured by the two other jumpers who joined her on this flight, you get the hair-raising video below:

If you’re hungry for more intense GoPro footage, check out this video shot from the back of a Cheetah running at full speed, or this footage captured by a GoPro strapped to a test rocket on its way to space at 3800mph!