To promote its new One X phone (and the camera on it), HTC came up with the bizarre idea of doing a skydiving fashion shoot with photography student Nick Jojola and model (and professional skydiver) Roberta Mancino. During the photoshoot above the Arizona desert, Jojola plummeted to Earth at 126MPH while Mancino whizzed by at 181MPH, giving the photographer a tiny window of 0.8 seconds to squeeze off the shot.

On either side of Mancino was a skydiver with a huge light attached to his head, beneath them were two skydivers contributing smoke plumes, and attending the model was an in-air makeup artist: 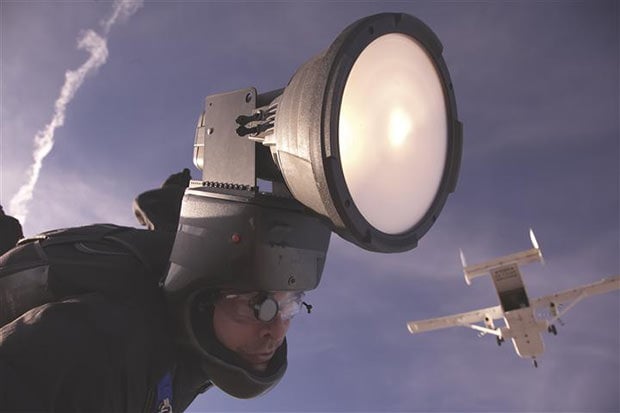 Here’s the photograph that resulted: This behind-the-scenes video shows how they went about planning and executing the stunt: