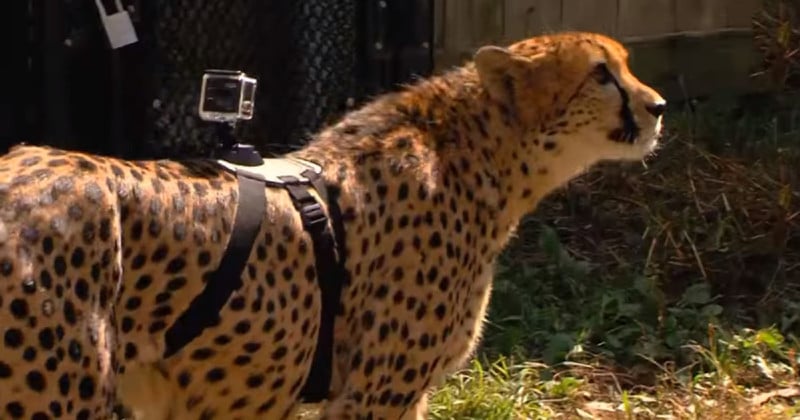 As the world’s fastest land animal, the cheetah’s body is designed for speeds up to 70 mph (~113 km/h). To see what these breakneck sprinting speeds look like from a cheetah’s point of view, a zoo recently decided to strap a GoPro camera to one cheetah’s back.

The Cincinnati Zoo posted this video of a cheetah named Savanna running at full speed, both in real-time (extremely shaky footage that’s hard to watch) and in slow motion (in which you can see more details):

“Savanna from the Zoos Cat Ambassador allows the trainers to put a harness that holds a GoPro on her so we can get the cheetahs view running full speed,” the zoo writes. “We think this might be the first time this has been accomplished with a cheetah.”

In slow motion, the footage shows how cheetah’s heads are stabilized while they run — they stay relatively level while their body bounces around behind them.