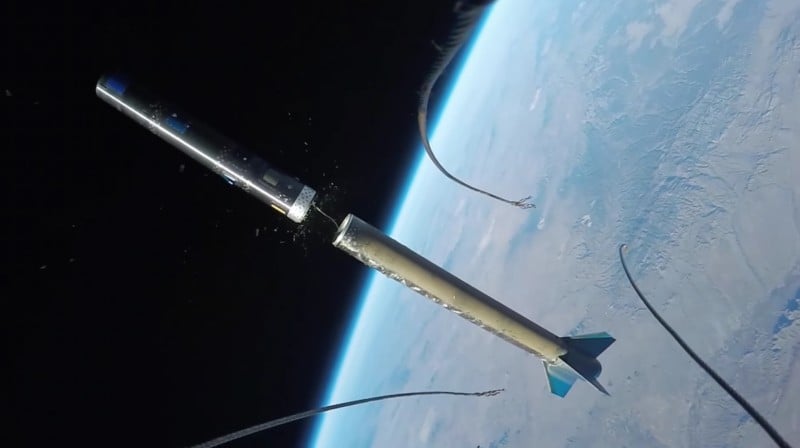 Most GoPro footage from the edge of space comes to us courtesy of weather balloons (like this or this). But this particular GoPro Hero 4 didn’t gently float up to the edge of space… no, it was blasted there on the side of a SL-10 rocket going 3,800 miles per hour.

The video below was captured back in November of 2015 by UP Aerospace during a test of their 20-foot tall SL-10 rocket. The rocket reached an altitude of 396,000ft (about 75 miles) and speeds up to Mach 5.5 (about 3800mph) by the time the engine is done… and then the beautiful footage starts:

The video was released yesterday as part of the GoPro Awards, which have also recognized other amazing footage like this video of a kayaker dropping over a 60ft waterfall. To see more videos from the official GoPro YouTube channel, click here.