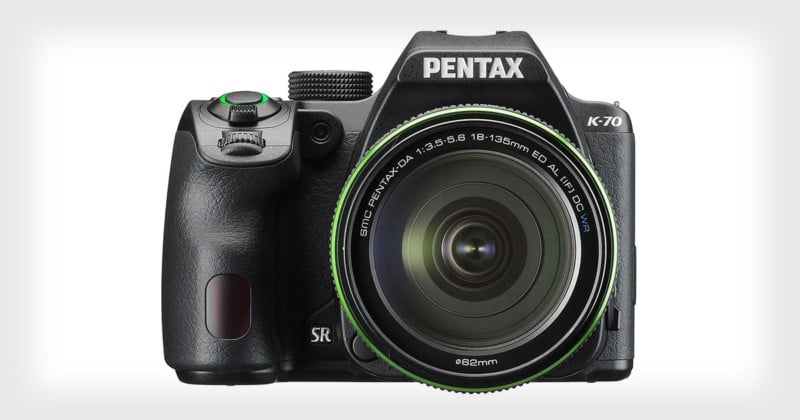 Ricoh just announced the new Pentax K-70, a rugged DSLR designed for photographers who enjoy shooting in the great outdoors. It packs features that were previously only seen in high-end Pentax cameras, such as the new top-of-the-line Pentax K-1 full frame DSLR.


On the outside, the camera is compact and weather-resistant, able to withstand dust, water, and temperatures as low as 14°F (-10°C). 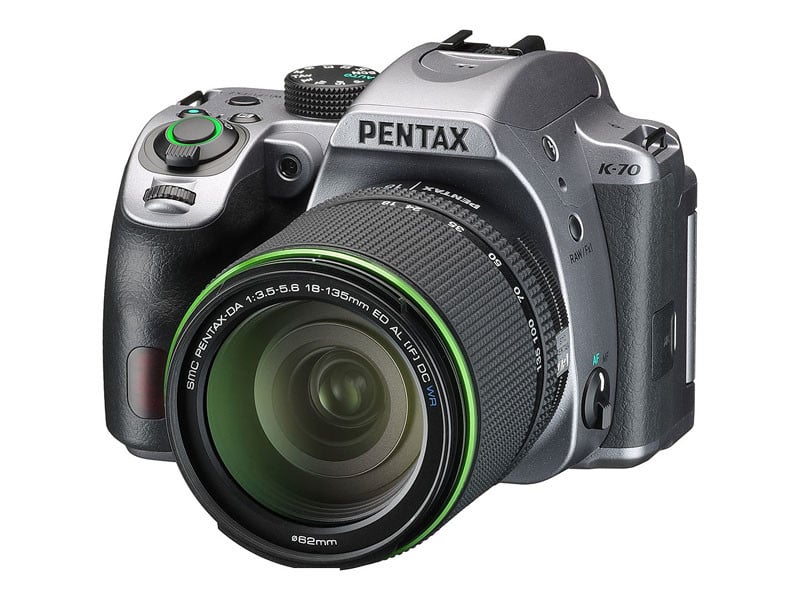 “The camera’s weather-resistant capabilities and compact design make it an ideal photographic companion for hikers, climbers and snow sports enthusiasts, as well as for nature and landscape photographers,” Ricoh says. A new Hybrid Autofocus (AF) system uses both phase-matching and contrast-detection AF for fast and accurate focusing, as well as continuous AF during HD video recording. The in-body shake-reduction system helps reduce shake by up to 4.5 stops. 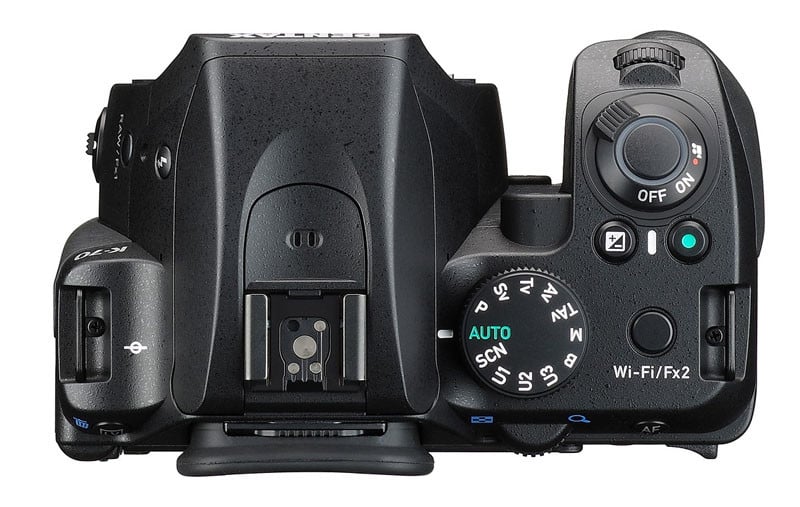 For ultra-high resolution photography, the Pentax K-70 can do Pixel Shift, which shoots and combines multiple exposures for a single photo with greater detail. There’s also no anti-aliasing filter in the camera, allowing it to achieve maximum sharpness (an AA Filter Simulator feature helps reduce moiré).

On the back of the camera is a 3-inch, 921k-dot, vari-angle LCD screen and a 0.95x optical viewfinder with 100% frame coverage. Night Vision mode adds a red overlay to your LCD to help you maintain your eyes’ night vision, and an Outdoor View mode brightens your LCD for better visibility in bright situations. 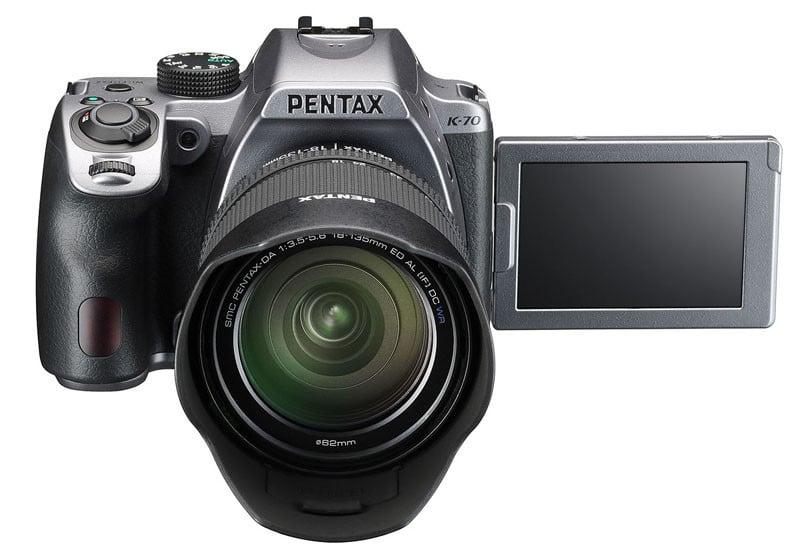 Other features of the camera include built-in Wi-Fi, multiple exposure shooting (2 to 2000 frames) for composite photos, and a newly designed physical interface.

Pentax is also announcing a new 55-300mm f/4.5-6.3ED PLM WR RE lens, a telephoto zoom that’s also compact and weather-resistant. Here’s a quick intro to the Pentax K-70 by Adorama:

The Pentax K-70 will be available in both black and silver styles. While the exact launch date hasn’t been revealed yet — it’ll be announced in early July 2016 — the camera will cost $650 when it’s available.