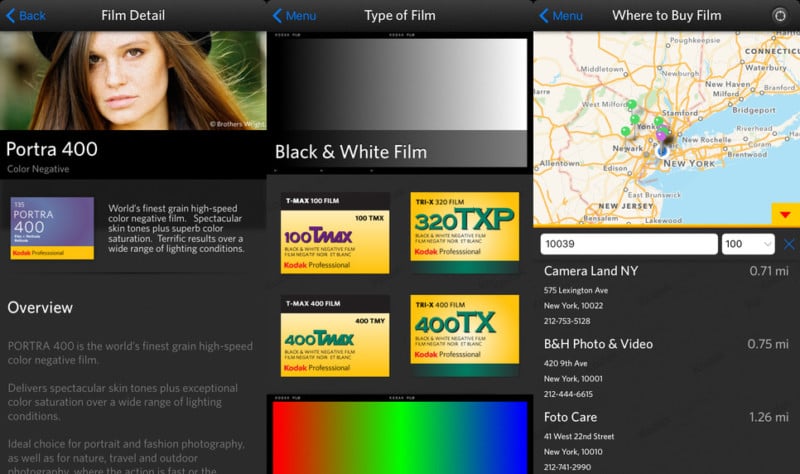 Curious what film would work best in any particular situation? Or where you can send that film off to be developed? Or where to buy more film if you’re running low? If you shoot Kodak, the company’s Professional Film App can answer all of these questions and more.

The Kodak Professional Film App isn’t new, but it just got a big update that makes it more widely compatible and more useful than it was before.

Using the new and improved app, Kodak film shooters can: get recommendations on what film type would work best for a particular situation, learn about different film formats, search for retail locations that sell Kodak film within 200 miles of you, search for places that will develop the specific Kodak film you’re shooting, find out when the sun is rising and setting at your current location, and, as if that wasn’t enough, there’s even an at-home B&W darkroom processing guide. 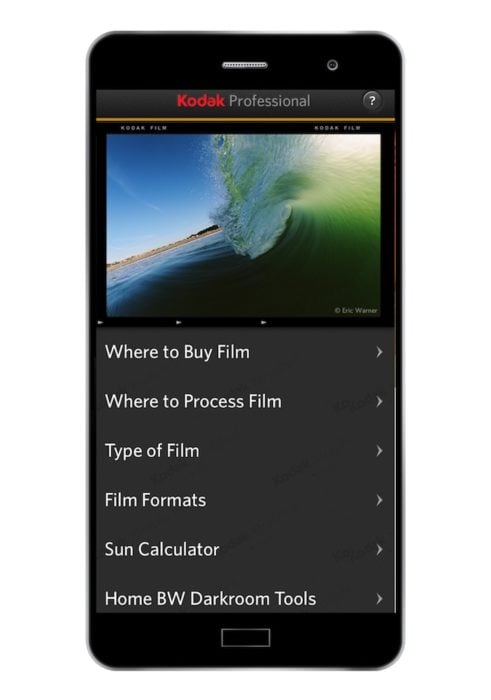 The app was previously only available for iPhone, but the latest update makes it compatible with iPad and brings the app to Android users… and it’s free. If you’re a lover of Kodak film, there’s no reason this shouldn’t be joining what we assume is an already full-to-bursting photo app folder.

Get the Android version on the Google Play store. And if you have an iOS device, any iOS device, you can grab your copy on the iTunes App Store.

A Crucial Tip for Improving Your Food Photography Composition