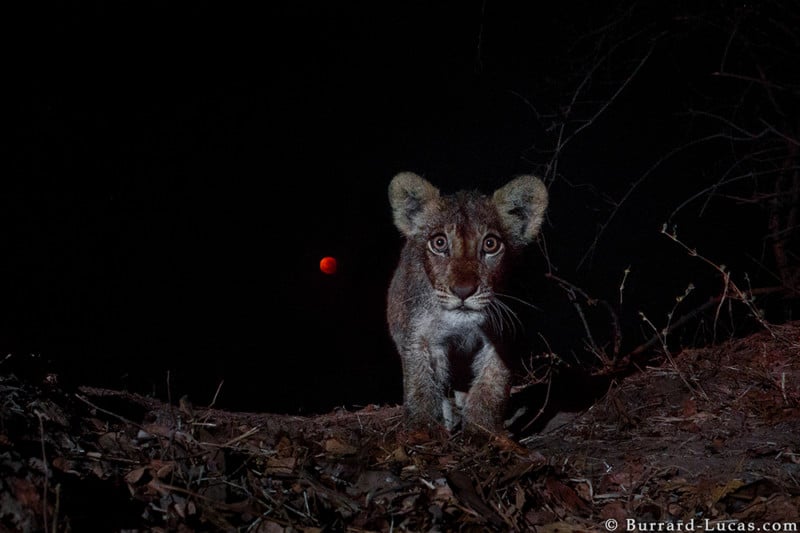 The photo above is a perfect example of when preparation and luck meet, shake hands, and press down your shutter in unison. Captured by wildlife photographer Will Burrard-Lucas, the photo shows a lion cub in the foreground with last September’s supermoon eclipse in the background.

In case you’re wondering how Burrard-Lucas got so close to a lion cub, you should know he didn’t. The photo was shot using his trusty BeetleCam: an armored, remote-controlled rig that he built with his brother Matt.

But just because this was captured using a robotic cam, doesn’t mean it was an easy shot. It took a month of planning, and still he was going to need “a spot of luck.” As he explained on his blog:

This was going to be a challenging shot to achieve for so many reasons! Balancing the foreground brightness with the dim red moon was an exercise in guestimation, as was trying to compose the shot in the pitch darkness. And of course, I had to do this while trying to avoid the pride of lions running off with my BeetleCam!

In the end, he managed to capture the photo you see up top, a lion cub with the supermoon eclipse rising behind him, shot with a Canon EOS 5D Mk III and 17-40mm f/4 sitting atop his BeetleCam and fired at f/13, 8 seconds, and ISO 3200 while the remote-controlled cam’s flash lit up the foreground.

Image credits: Photograph by Will Burrard-Lucas and used with permission.

The Lost Tommies: Colorizing Photos of British Soldiers in WWI