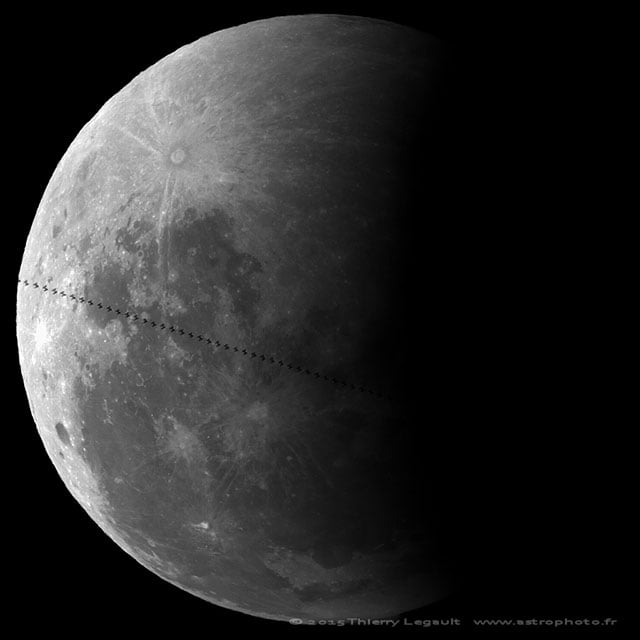 Renowned French astrophotographer Thierry Legault captured one of the most remarkable images of the supermoon lunar eclipse yesterday. He managed to shoot the world’s first photo of the International Space Station passing in front of the moon during the eclipse.

What you see above is a composite of individual photos captured during the 1.7-second transit as the space station sped by at about 15,500 miles per hour.

Universe Today reports that Legault will often travel thousands of miles to capture his legendary images, but this unique shot required only a trip of about 10 miles.

As we shared back in January, photographers use a number of online tools for calculating time and place for capturing this type of transit — tools such as Heavens Above and CalSky.

In this case, CalSky is what helped Thierry pinpoint exactly where he needed to be. Here’s the same transit in video form:

While this is a groundbreaking photo, Thierry himself is no stranger to photographing ISS transits during eclipses. Back on March 20, 2015, Thierry traveled to Spain to capture the 0.6-second transit of the ISS across a solar eclipse: 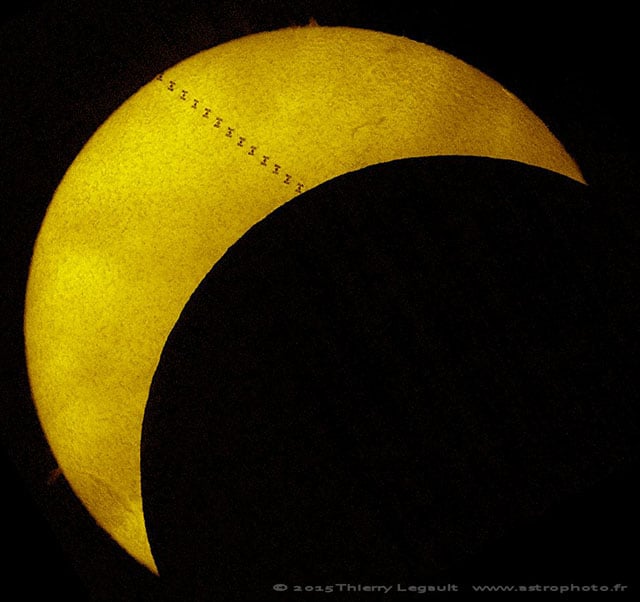 You can find more of Thierry’s amazing astrophotography over on his website.

Image credits: Photographs by Thierry Legault and used with permission