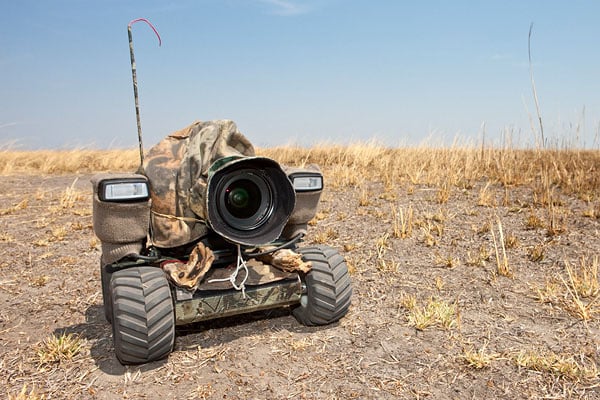 The BeetleCam is a remote controlled car that has a Canon 400D DSLR and two flash units strapped to the top. It’s the brainchild of brothers Will & Matt Burrard-Lucas, award-winning wildlife photographers based in the UK, and allows them to capture some unique photographs of some of Africa’s most dangerous animals. 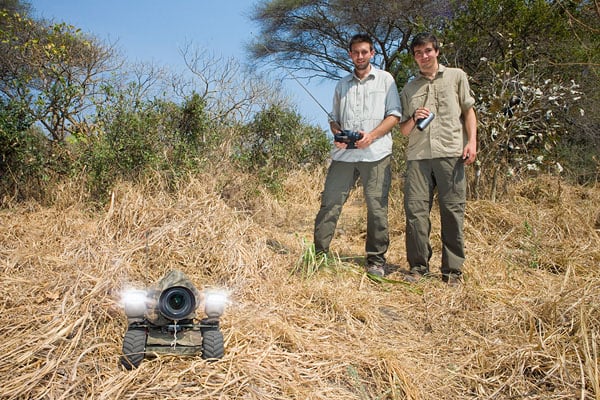 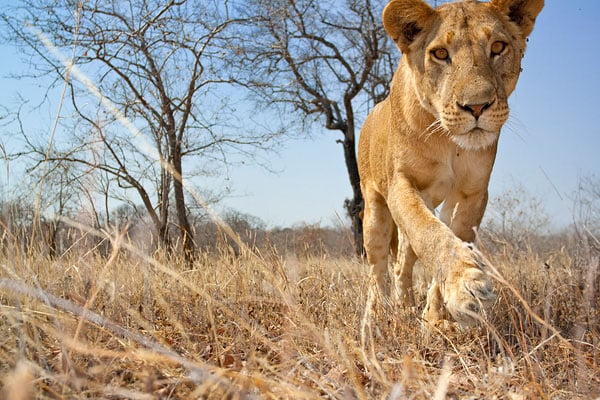 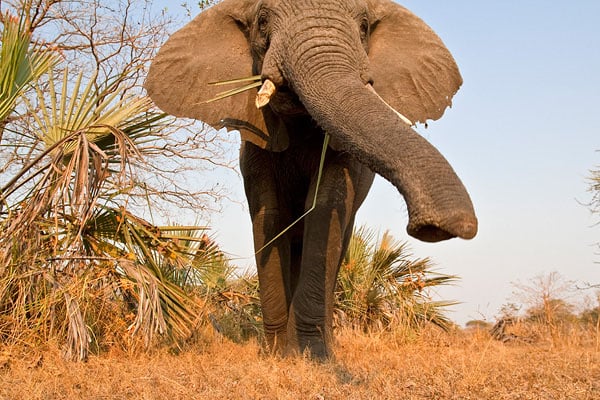 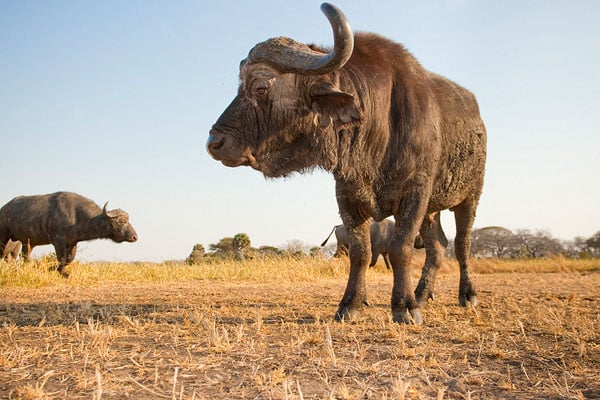 We are brothers from the UK specialising in wildlife photography. We aim to use teamwork and ingenuity to take unusual shots of wild animals. Recently we embarked on a project to photograph African wildlife from a ground level perspective using a camera mounted on top of a four-wheel drive remote control buggy called BeetleCam. We took BeetleCam to Tanzania and photographed lions, elephants and buffalo with it. The project proved to be a great success and we managed to get some amazing photographs from a unique perspective.

For more photographs from the BeetleCam, and some videos of the cam in action, check out the BeetleCam project page.

Image credits: Photographs by Will & Matt Burrard-Lucas and used with permission