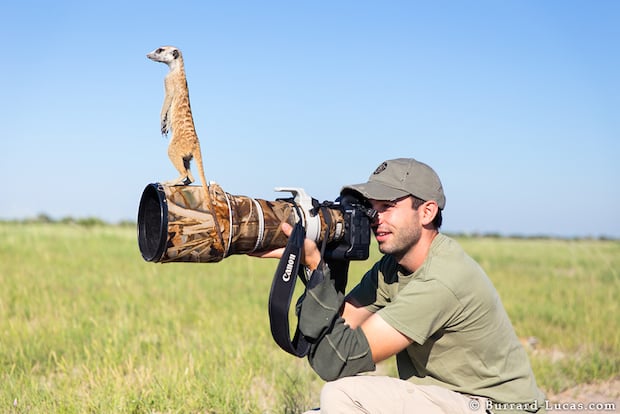 While out shooting meerkats in Botswana, photographer Will Burrard-Lucas transformed into the most adorable look-out post in the history of human-animal interactions, and if you don’t believe us, just take a look at the pictures and his behind the scenes video we’ve included below.

According to Burrard-Lucas, the wild meerkats he was out shooting (with a camera) are in fact wild, but having been around humans so much, they realize that our species isn’t a threat — well, at least most of the ones they’ve met.

Here’s Burrard-Lucas’ BTS video in which he explains all this while the resourceful creatures climb all over his gear… and himself:

To make these cute circumstances even cuter, Burrard-Lucas wasn’t just dealing with regular meerkats, but also a litter of three-week-old babies that he had known pretty much since the day they were born.

So while the adults were taking advantage of his height to use him as a lookout post to spot any predators that might be out to lunch, the babies were simply exuding childlike curiosity and climbing all over the camera that was set on the ground.

Here are some more pictures from the experience that Mr. Burrard-Lucas was kind enough to share with us: 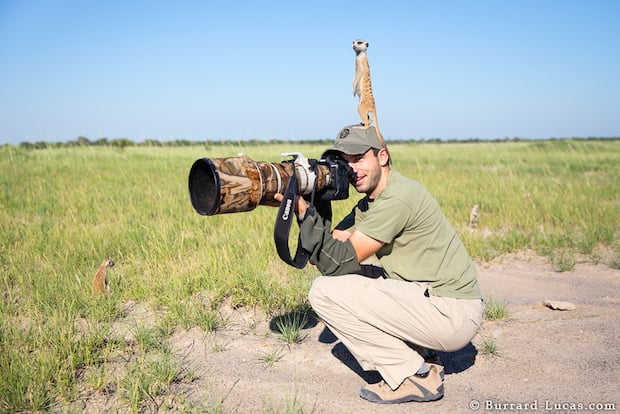 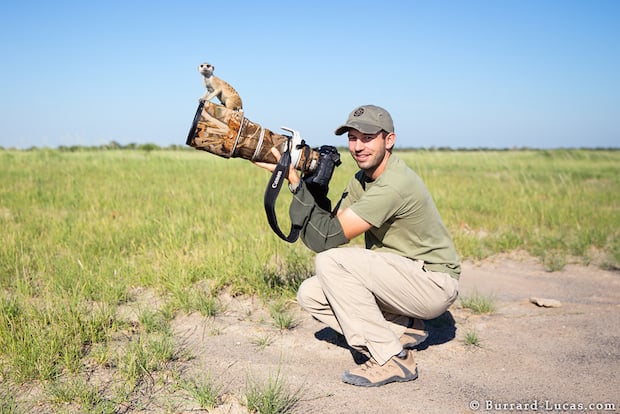 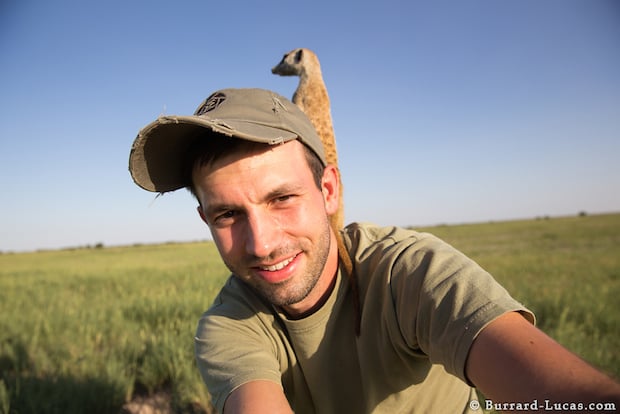 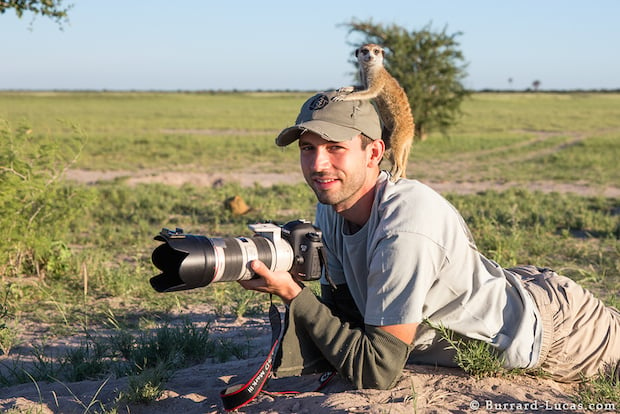 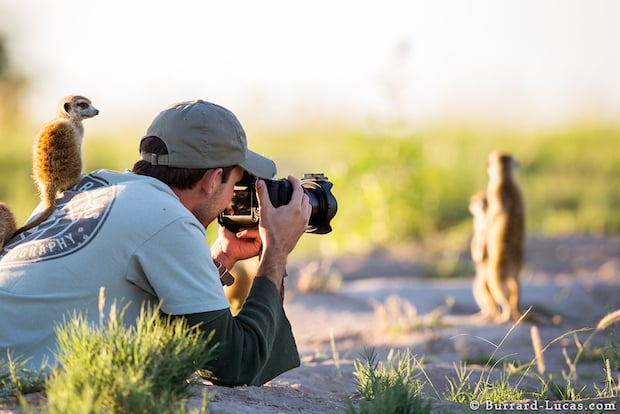 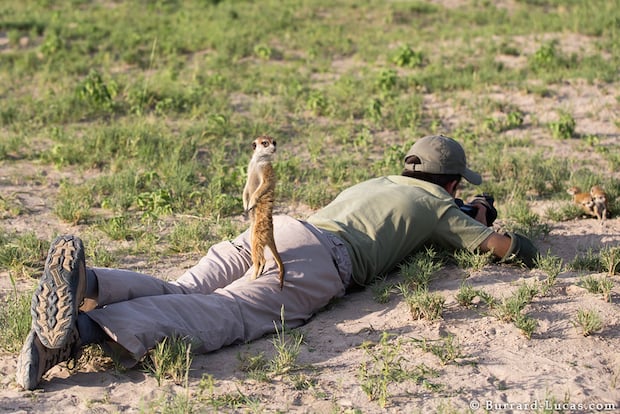 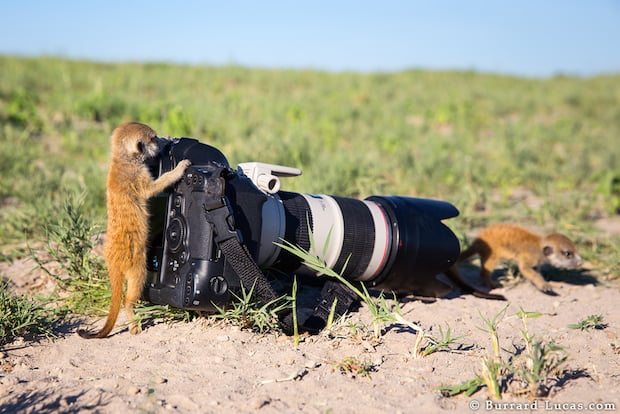 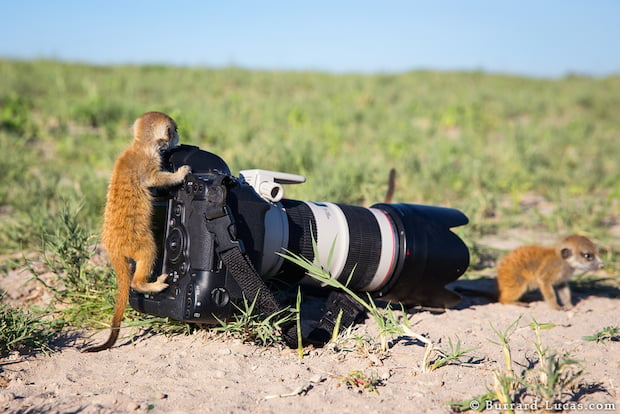 While the experience made for some awesome behind the scenes photos, Burrard-Lucas does admit that it made the job of actually photographing the meerkats a bit harder:

Trying to photograph animals that jumped on me whenever I got too close was certainly a challenge that I wasn’t used to facing… not that I was complaining!

To see some of the pictures he captured during his time with the Meerkats and hear more about the experience from the man behind the camera, head over to Burrard-Lucas’ blog by clicking here. You can also browse through his entire portfolio by visiting his main website or following him on Facebook, Twitter and/or Instagram.

Image credits: Photographs by Will Burrard-Lucas and used with permission