In December, I went along to my friend Paul’s leaving do. He was departing the UK to live with his family in the US, and was spending his last few weeks visiting friends in Britain and Europe before the big move.

This was the turn of his London friends to get together and toast his departure—a Christmas dinner in an Indian restaurant, and a chance to wish him well for a new stage in his life.

I took my old Minolta with me, loaded with black and white film. I only managed to shoot a handful of frames over the lunch, in between the food and the catching up. Only one of them was of Paul, a failed candid as he listened to one of his friends talking. It’s the picture below. Normally, I wouldn’t even bother to scan it. His eyes are closed, a mis-timed snap when he was blinking. If you’d taken a pic like that on your digital camera, chances are you’d have looked it once and binned it immediately. 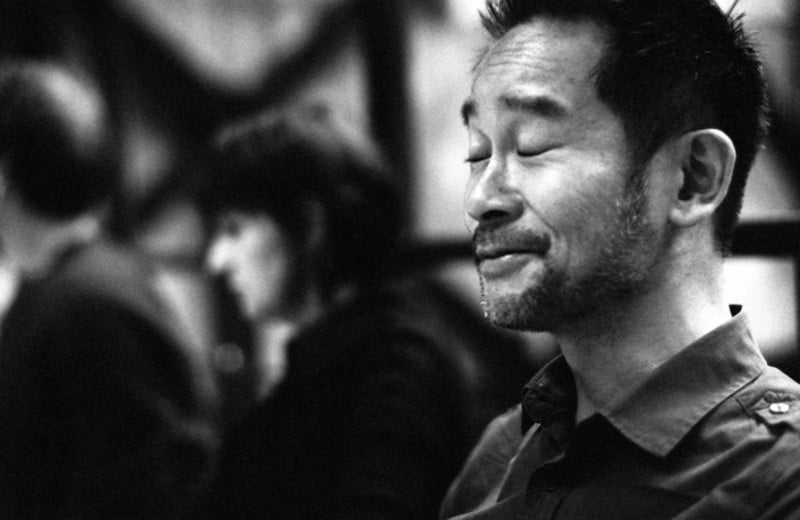 Some 10 weeks after his farewell lunch, Paul was stabbed in the head during a bungled street robbery on a night out with his niece in San Francisco. He never regained consciousness, and despite the best efforts of doctors and weeks of medical treatment, he died on Good Friday. Police are still looking for the robbers—a man and a woman—who attacked him.

The rest of this film I shot a few weeks back when Paul’s brother—who had kept an international network of friends updated on Paul’s condition through his Facebook during those long, cruel weeks—visited London and held a memorial where we could all come together.

The Minolta had sat in my cupboard all those weeks without being used—no point in developing a roll of film that only has a handful of pictures on it, after all. Paul’s memorial seemed the right place to finish it. It seemed fitting to connect those two days together, on something physical. 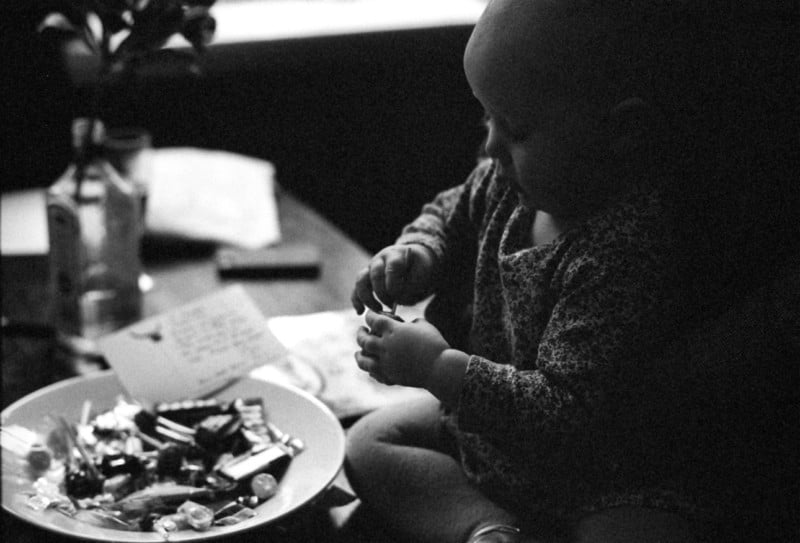 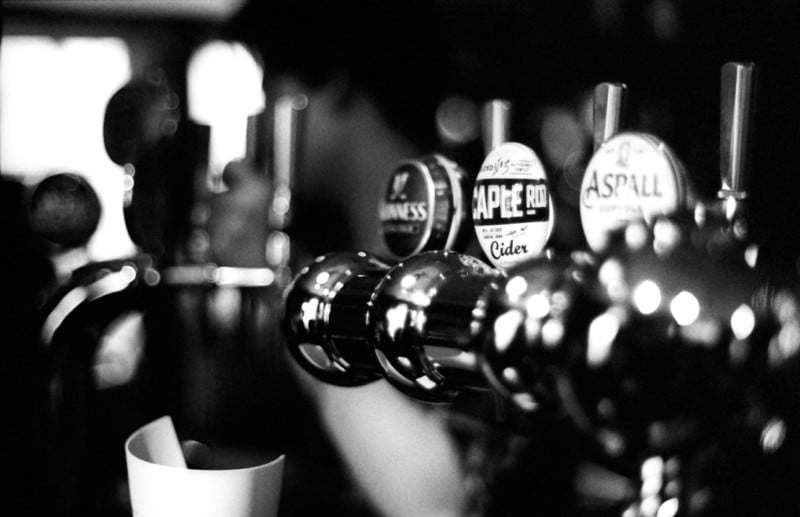 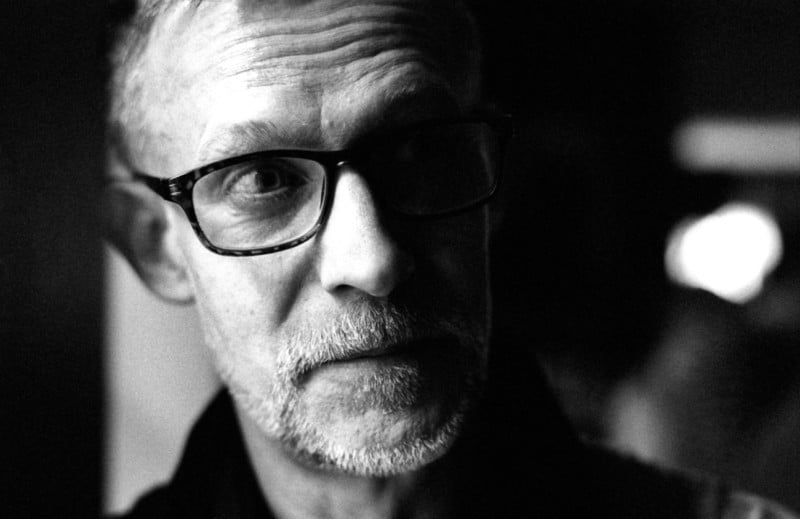 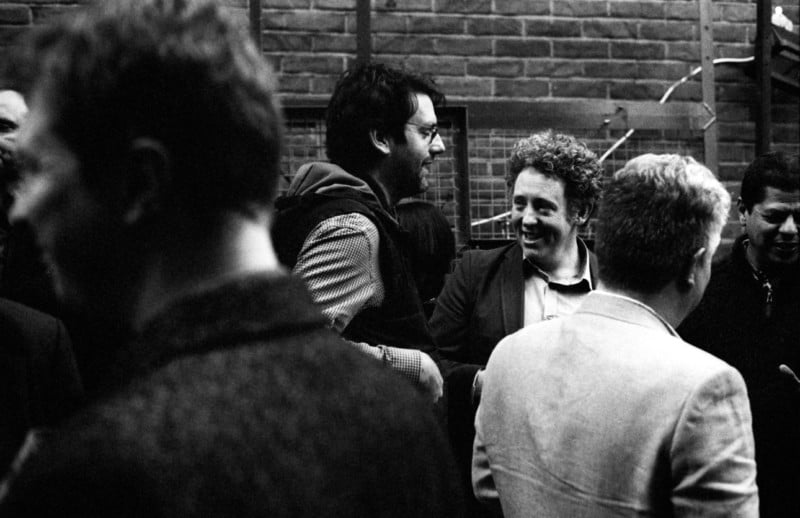 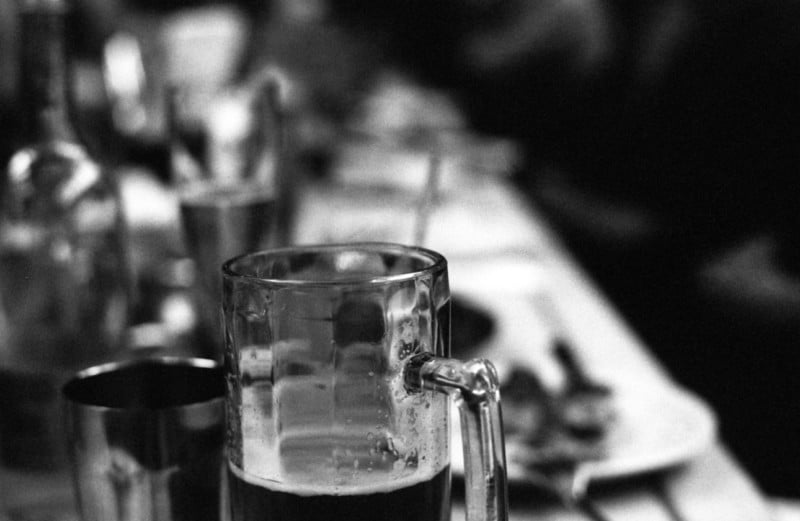 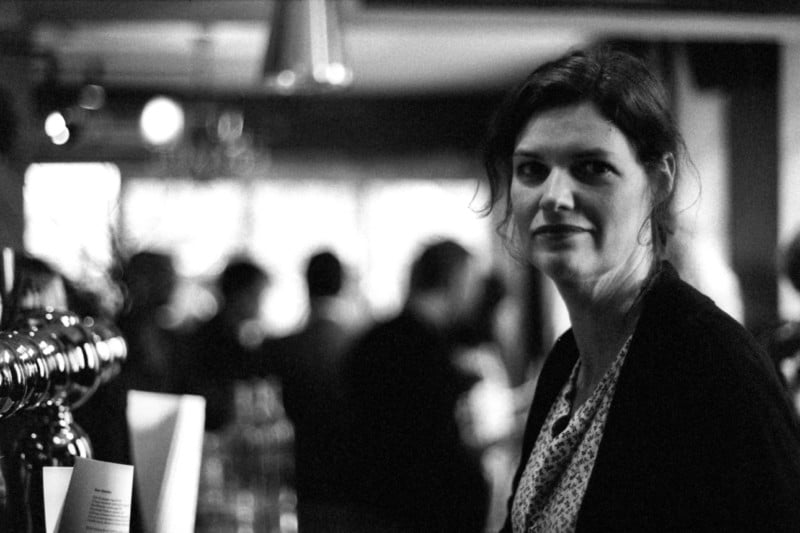 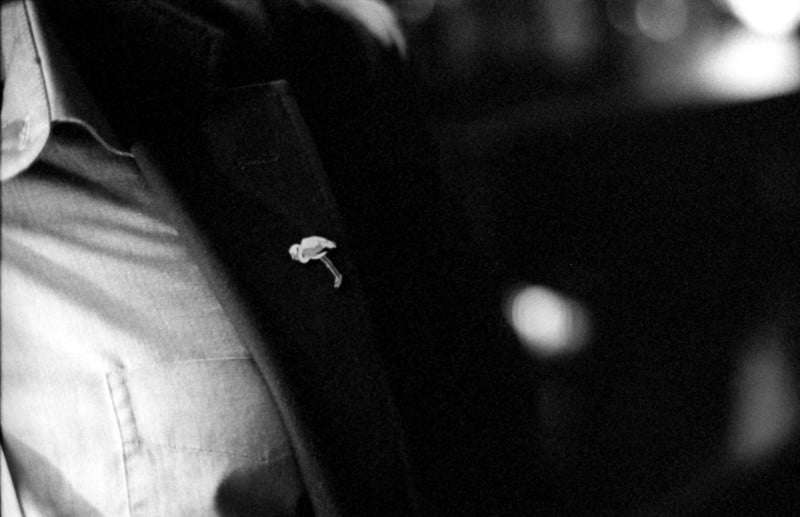 Paul and I had shared a flat for a year or so back in the late 1990s, a multi-floored north-west London flat that had once been a boarding house and a women’s refuge.

It had a catering kitchen and more toilets that was strictly necessary, and a phalanx of grotesques on the facade baring stone teeth towards the graveyard opposite. It was home for a decade; an island of affordability in a city that was becoming more and more expensive every year. 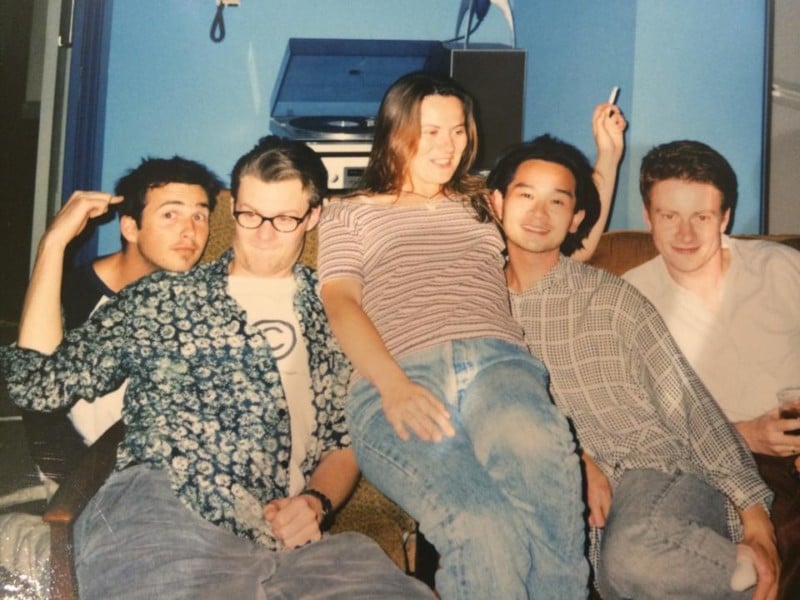 Paul was one of the original gang who moved in during the mid-90s; by the time I arrived in 1997 there had already been several comings and going. But there was a hardcore who have kept in touch, despite the fact many of us no longer call London home. Paul himself had lived in Hong Kong for a while, then moved to Manchester for the last several years. I have a clutch of photos from barbecues and Primrose Hill picnics and afternoons in Soho pubs over those intervening years; the everyday stuff you do with your friends that doesn’t seem meaningful until you reach a day where they’re no longer here. That picture at the top of the post is Paul in Soho’s iconic Coach and Horses, on some forgotten Sunday afternoon when he was in town.

If you didn’t know what had happened over the previous weeks, these photos look like they might have all been taken on the same day—drinks and bottles and the blurred figures in the background. But so much happened in those intervening weeks. Between a few dozen frames, Paul had left for a new life, and that life had ended. Some of the faces I snapped during his memorial are some of the old gang too; the big thing that’s different is that there’s no Paul.

I can still remember summer holidays that had to use up half a roll of film still in the camera from the previous year. Cameras were taken out for special occasions, and unless you had a shutterbug in the family, they might be left in a drawer for months at a time.

We document our lives constantly these days, taking pics dozens of times a day, capturing each meal and night out and fragments of our commutes to and from work. There’s an almost seamless record of our lives that goes from smartphones to social media. You can piece together days and weeks and months by what is captured. There is little mystery. 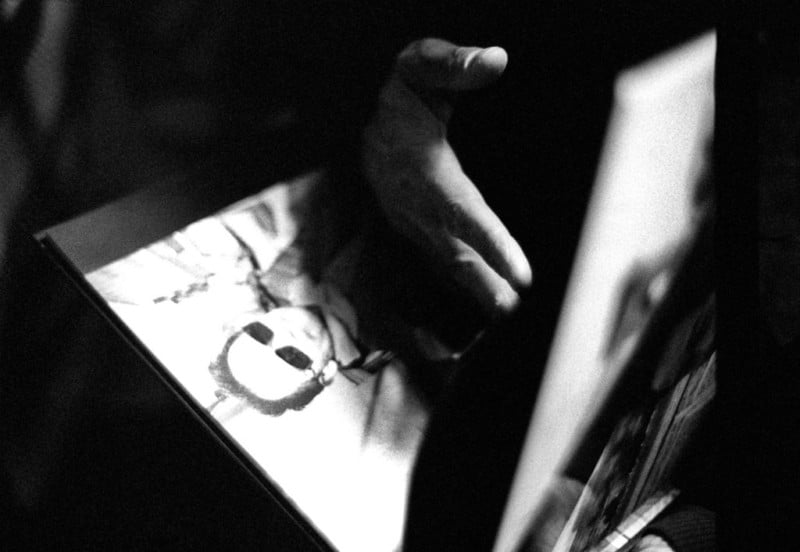 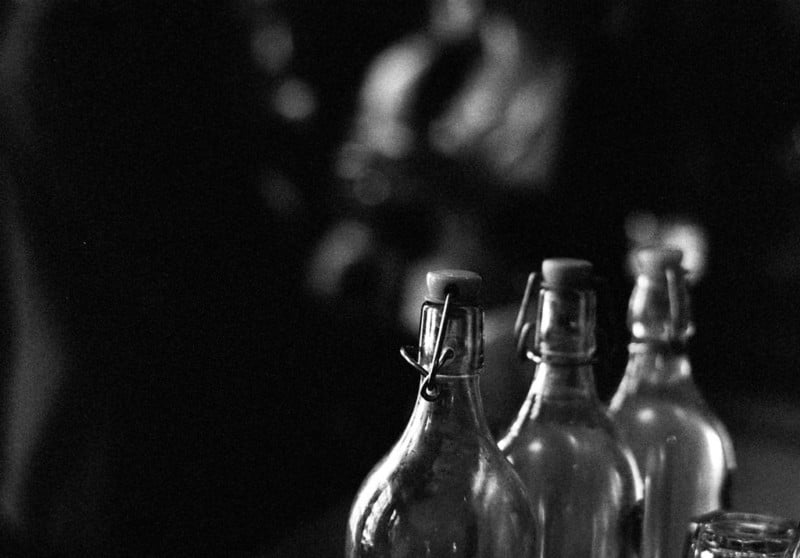 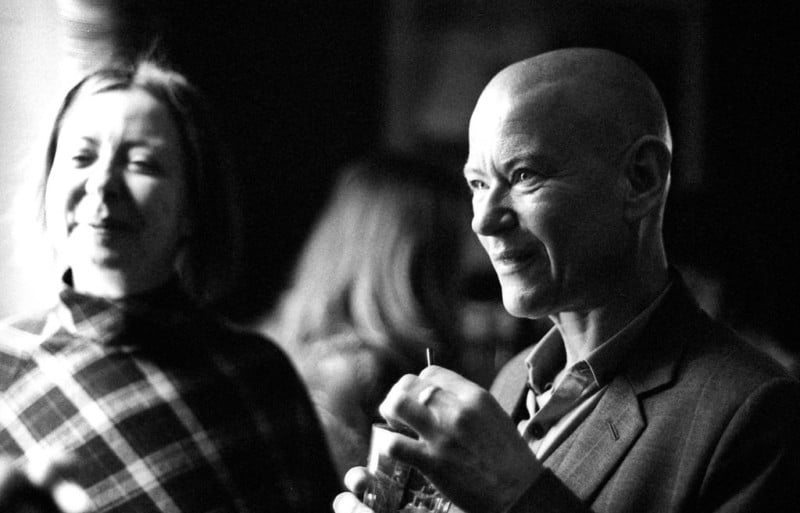 There are no longer the gaps—of weeks and months—that most of us had in the days of film.

I don’t think that’s a bad thing. In the weeks since Paul’s death, I’ve wished I had more pictures of him.

Paul’s niece has launched a Go Fund Me page to help raise money to cover the enormous cost of his treatment and his funeral and burial in California. If you can spare anything, no matter how small, please donate or share this post with as many people as possible.

Below is the last photo she took of her uncle, on his last night walking around San Francisco. 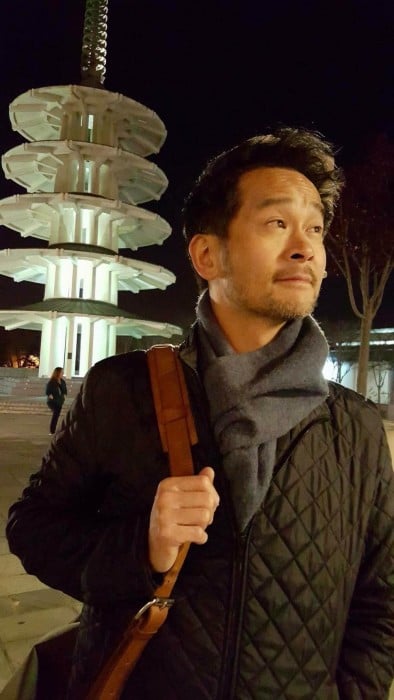 About the author: Stephen Dowling is a NZ-born, UK-based writer and film shooter. You can find more of his work and words on his website, or by following him on Instagram and Facebook. This post was originally published here.