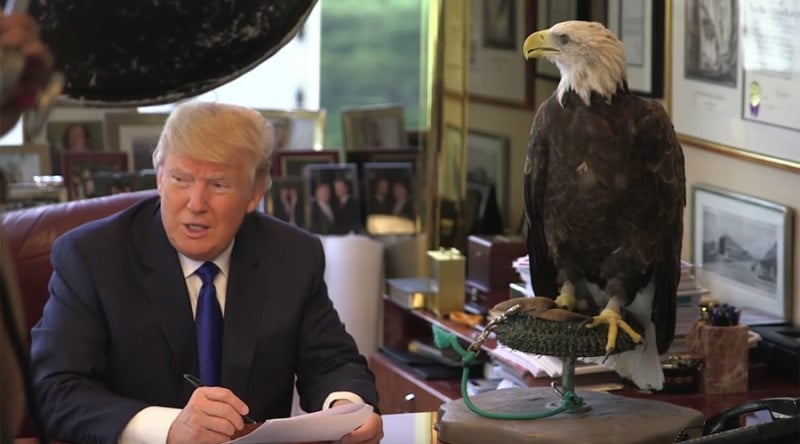 Highly controversial Republican presidential candidate Donald Trump is in the news a lot, but today he’s making photography news. “The Donald” is being sued by two photographers who claim he has used their iconic image of a bald eagle on campaign materials for sale on the Trump website without asking permission or appropriately licensing the image.

The photo in question (seen in the tweet below), was captured by photographers Robert Rozinski and Wendy Shattil about 36 years ago, during a time when the bald eagle was in danger of extinction due to pesticide use.

The photo is described in the lawsuit:

The Photograph captures a piercing, intimate, eye-to-eye moment with this majestic creature with near-perfect symmetry against a flawless sky blue background.

According to The Hollywood Reporter, the photographers tried to settle the matter privately, but the Trump campaign refused. Now the issue has turned into a full blown lawsuit in which the photographers are seeking damages for direct and secondary copyright infringement.

The complaint states that the photo appeared on signs at Trump rallies—that’s how the photographers first noticed it—and was even used on a yard sign that was being sold on the Trump website in packs of two for $22. 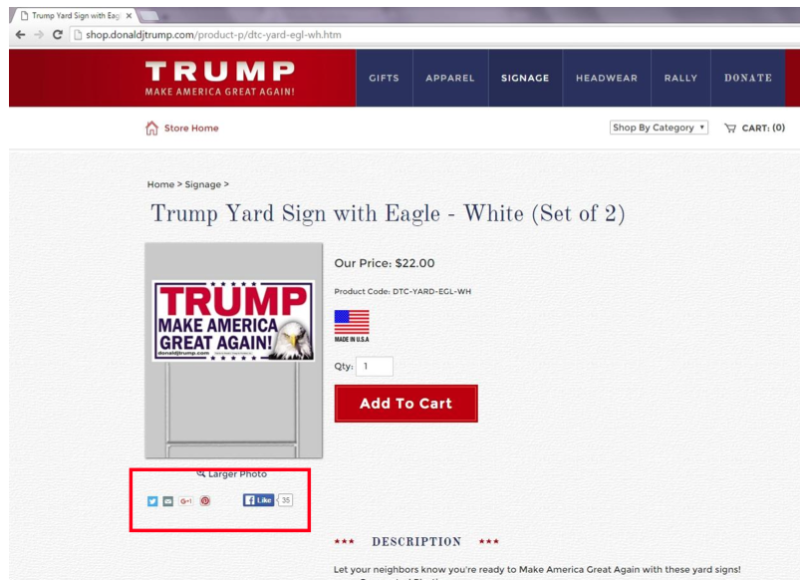 The signs are no longer up for sale, but they make up the brunt of the case for primary infringement. Secondary infringement is being claimed because the Trump campaign shared the photo through social media with encouragements to share, retweet, and pin the image, leading to “rampant viral infringement of Plaintiffs’ exclusive rights in their photograph.”

No details have been released regarding how much Rozinski and Shattil are seeking in damages, but we assume the number is fairly high. They officially copyrighted the photo in 1991, and could probably prove the use is “willfully malicious,” entitling them to higher penalties.

Image credits: Screenshot from TIME behind the scenes YouTube video.

The Edelkrone StandPLUS is Not a Tripod, It’s Something Totally New