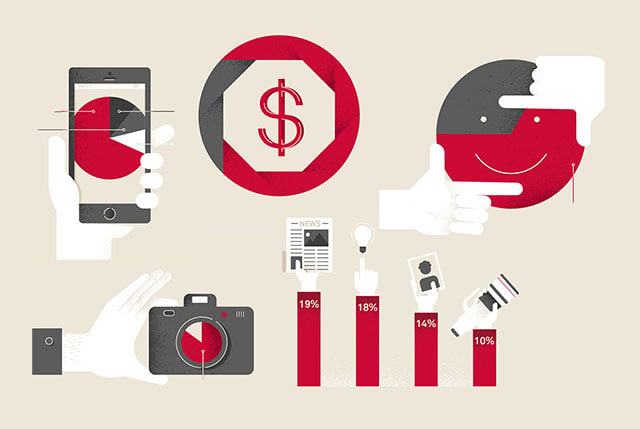 What’s the current state of photojournalism, and where is the industry headed? That’s what a major survey recently attempted to answer, and the result is a massive 76-page document that was just published today. It’s an interesting and in-depth look at the state of news photography.

Researchers had 1,556 news photographers from over 100 countries answer a 63-question survey on everything from how much they earn to whether or not they stage photos. The results are pretty eye-opening. Here are are 20 key findings from the report:

#1: The Industry is Dominated by Men “Professional news photography is dominated by men, with 85% of the respondents male.”

“The majority of photographers (60%) who responded to the survey were self-employed.”

“Three-quarters of the respondents work full-time as photographers.”

“When asked to specify their role, 40% called themselves photojournalists, 30% said documentary photographers, and 14% said news photographers.” 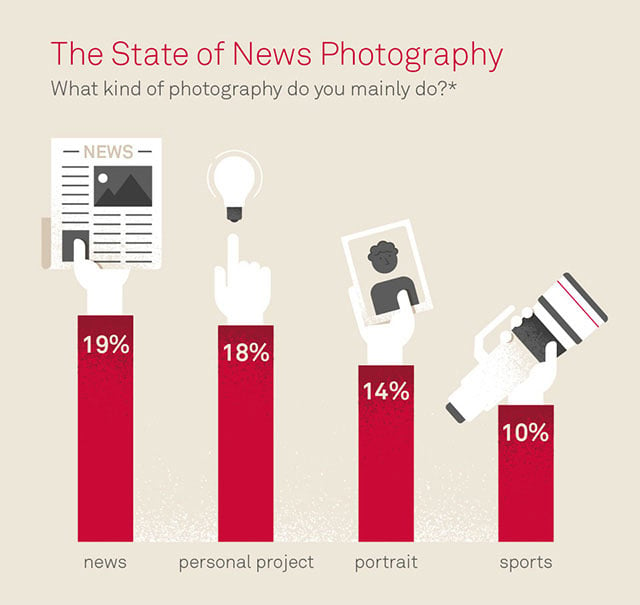 “News photography was the largest category of photography (named by 19% of respondents), followed by personal projects (18%), portraiture (14%), and sport (10%).”

“While more than half (54%) of the photographers who took part in this study concentrate on stills photography, the overwhelming majority (93%) indicated that, given the choice, they would prefer to do still photography only. One-third work with video, either through choice or necessity.”

“Photographers are generally highly educated; more than two-thirds of our sample have university-level qualifications, although one-quarter have no specific photography training.” 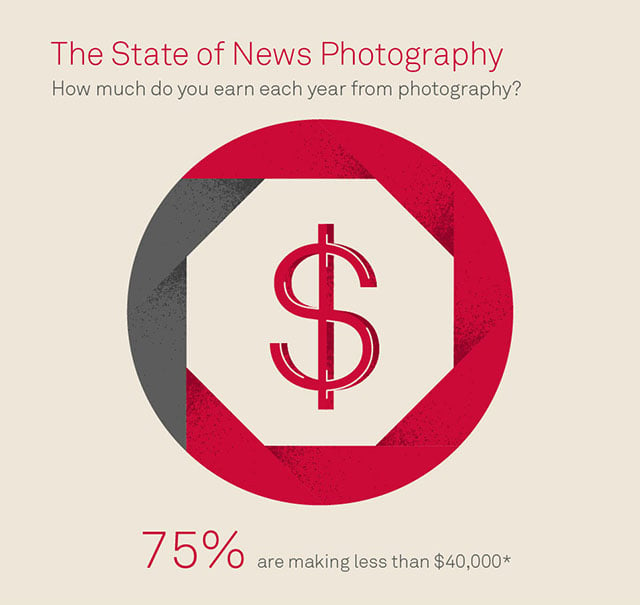 “Photographers’ earnings are very low, with three-quarters making less than US$40,000 per year from photography, and one-third making $10,000 per year or less. Despite this, most say they are managing financially or are feeling good about their financial situation.”

“The unauthorised use of photographs without payment is widespread. An overwhelming majority of photographers in this study have been affected by this, with most receiving no compensation.”

“Photography is a potentially dangerous occupation, with more than 90% reporting they felt vulnerable to the threat of physical risk or injury at some point during their normal duties. According to the views of respondents, South America, Central America, and the Caribbean are the most dangerous regions of the world to work in, while Europe and North America are the safest.”

#12. Digital Photography Has Changed the Game

“Responses confirm that the digital era has added new complexity and uncertainty to the professional ethics of photojournalism, and almost all the photographers in this survey feel that understanding ethics is important. However, some of the practices reported by photographers suggest current ethical guidelines are not adhered to in some circumstances.”

“There is an industry consensus that rejects the manipulation of photographs by adding or removing content, and 76% of photographers regard manipulation as a serious problem. Of those identified as mainly news photographers or photojournalists, 75% said they never alter a picture, with the remaining 25% saying they alter the content of images (other than by cropping) at least sometimes.”

“When asked if they stage images (i.e. ask subjects to pose, repeat actions, or wait while the photographer gets ready), 36% said ‘never’ but 52% said ‘sometimes’ (with a further 12% saying they did so at least half the time).”

“Only 10% of photographers never enhance the in-camera or RAW files by altering contrast, hue, tone, or saturation, with 51% saying they do so often or always.”

#16. Most Are Okay with Citizen Photojournalism

“While some feel that amateur or citizen photographers constitute a risk to their livelihoods, most photographers feel either neutral about it or see it as a positive development.”

“When it comes to working online, 63% of respondents say a personal website is important or very important to their work, while more than half say they often or always use social media as part of their work, with only 11% never using it.” 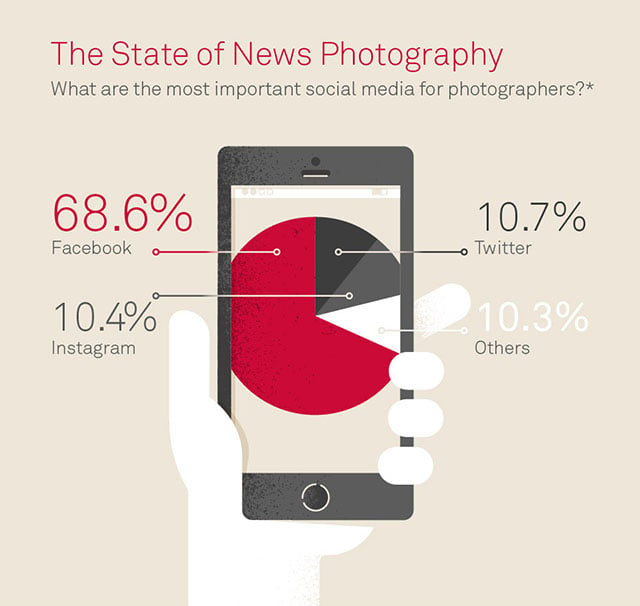 “Three-quarters of the photographers surveyed say they have received benefits from social media, with 40% saying the benefits are non-financial, and 23% saying they have been financial.”

#20. Photographers Love What They Do 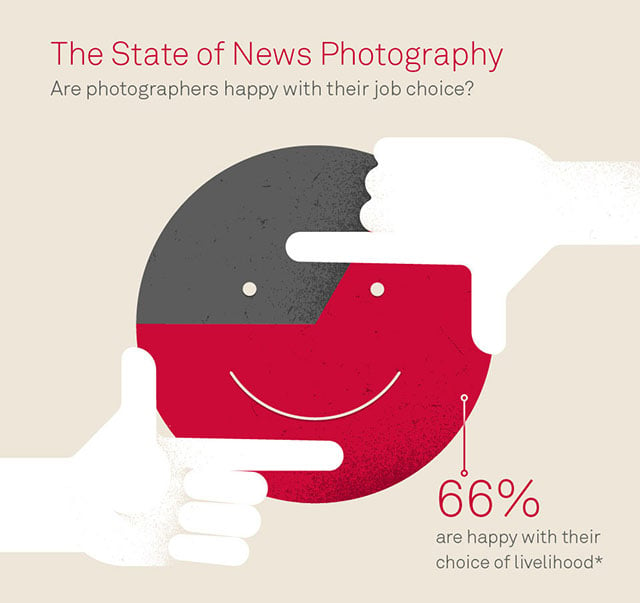 “Notwithstanding the low financial rewards, industry challenges, and physical risks, the survey evidence suggests that there is a high degree of job satisfaction, creative expression and personal reward among professional photographers. Two-thirds of the respondents said they were happy with their choice of livelihood, and 55% feel mostly or always positive about the future.”

Want to dive into the results of the survey yourself? Here’s the entire 76-page document that was released today by World Press Photo:

“These are clearly uncertain times for photography and its future,” the report says, “and our intention is to repeat the survey study in the future to evaluate evidence of change over time.”

This SmugMug Glitch May Be Quietly Damaging Your Photo Business

Ep. 6: The Dark Side of Photography…and When Big Brands Help Themselves to Your Photos – and more