Actress Lena Dunham, the creator and star of the HBO show Girls, is apologizing to the Spanish magazine Tentaciones today after publicly accusing them of Photoshopping her body for their latest cover photo. It turns out the magazine wasn’t to blame.

The story erupted yesterday after Dunham published a photo of the cover on Instagram to her 2.4 million followers. 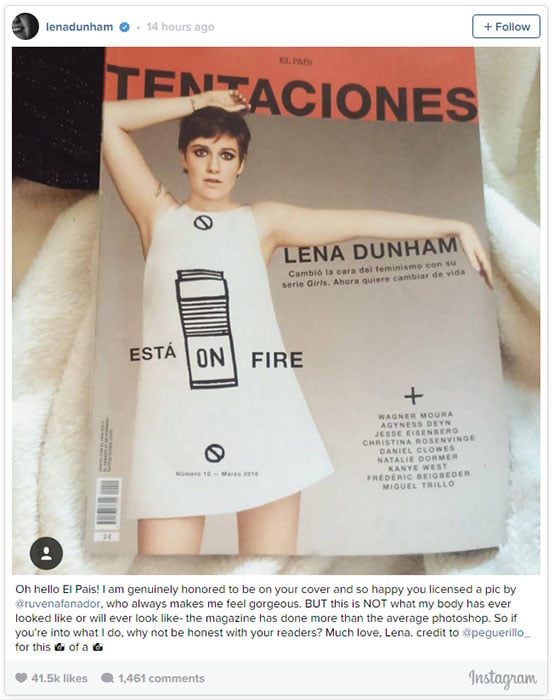 “I am genuinely honored to be on your cover and so happy you licensed a pic by @ruvenafanador, who always makes me feel gorgeous,” writes Lena in the caption. “BUT this is NOT what my body has ever looked like or will ever look like- the magazine has done more than the average photoshop. So if you’re into what I do, why not be honest with your readers?”

After the post was liked tens of thousands of times in just a few short hours, El Pais (the highest-circulation Spanish newspaper that publishes Tentaciones) published an open letter on its website, responding to Dunham’s accusation and saying that it published the exact photo it licensed.

“For the front cover of the magazine we used an image from the shoot you did in 2013 with the photographer Ruven Afanador,” the paper writes. “Here at TENTACIONES, we acquired the photo via the Corbis agency, and we used the original that they sent us without applying any kind of retouching.”

“Those who are familiar with and follow our magazine will know that we do not use Photoshop nor other digital tools to change the physical appearance of our cover stars, nor in the features to be found inside. On this occasion, the only thing we did was to crop the image to adapt it to the format of our front page.”

Here’s the original photo, as shared by its photographer, Ruven Afanador:

El Pais overlaid its magazine cover on the original picture to show that it hadn’t been retouched: 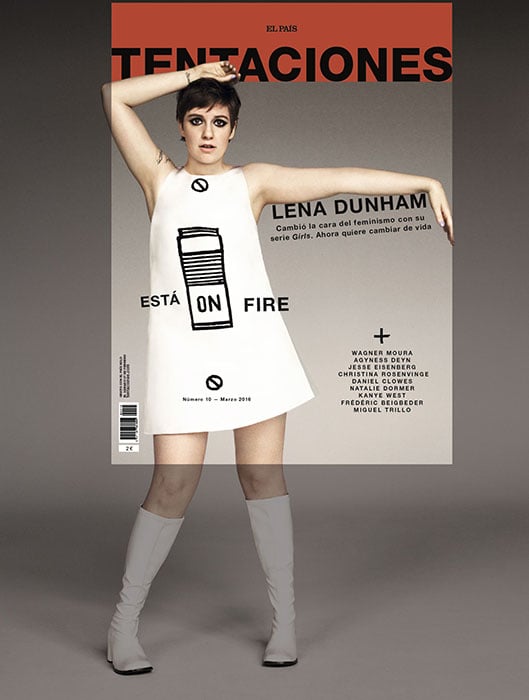 “As you can see, the image is exactly the same,” El Pais writes.

After seeing the open letter and photo comparison, Lena published a followup post on Instagram, apologizing for the accusation she had previously made.

“I understand that a whole bunch of people approved this photo before it got to you — and why wouldn’t they? I look great,” Dunham writes. “But it’s a weird feeling to see a photo and not know if it’s your own body anymore…”

“I have a long and complicated history with retouching,” she continues. “I […] want to be honest about who I am and what I stand for.”

“Thanks for helping me figure that out and sorry to make you the problem, you cool Spanish magazine you.”

We’ve reached out to Afanador to inquire about what kind of retouching went into the photo he published. We’ll publish an update if we hear back.

Op-Ed: A Harbinger of Bad Things To Come