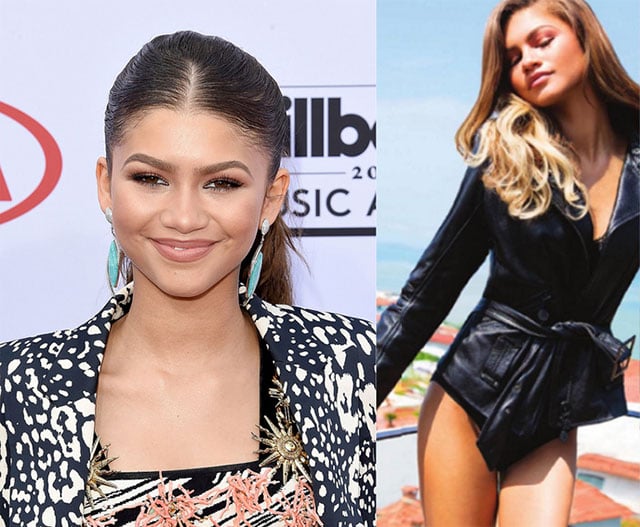 19-year-old signer, actress, and model Zendaya is making waves today after calling out a magazine for Photoshopping her body. She says she was “shocked” when she found her hips and torso “quite manipulated” in the published photo, and she has posted comparison photos showing what the retouchers did to her.

Here’s the side-by-side diptych Zendaya posted to her Instagram account yesterday after she saw the photo published by Modeliste Magazine:

“These are the things that make women self conscious, that create the unrealistic ideals of beauty that we have,” writes Zendaya in the caption. “Anyone who knows who I am knows I stand for honest and pure self love. So I took it upon myself to release the real pic (right side) and I love it.”

The post quickly attracted over half a million likes and over 10,000 comments from supporters. Modeliste Magazine quickly pulled the magazine issue and the photos, and shortly afterward, magazine Editor-in-Chief Amy McCabe posted a public statement apologizing for the photo (and posting the original version on the magazine’s Instagram as well):

“Upon review of the final edited images which had been submitted to us by an independent editing company, together as a collaborative between myself, Zendaya and her parents, we concluded that the images had been retouched to an extent that was not acceptable and not true to the values and ideals we represent and promote in our publication,” writes McCabe.

“I, therefore, made the executive decision to immediately pull the issue in order to have this rectified and have the images restored to their original, natural state which will reflect the true beauty and radiance of Zendaya.”

A long official statement and apology by the magazine has been published over at RumorFix.

Zendaya seems happy with the magazine’s response. “Thank you @modelistemagazine for pulling down the images and fixing this retouch issue,” she says in an update to her original post.

Beauty Portraits of the Ugliest Dogs in the World