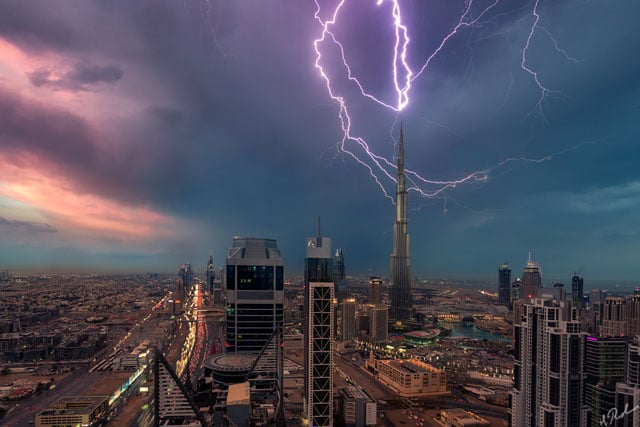 My name name is Rustam Azmi, and I’m a photographer based in Dubai. I recently captured this photo of lightning striking the Burj Khalifa, the world’s tallest skyscraper. In this post I’ll share a little about how the shot was made.

It was one of those rare days in Dubai where it was really foggy in the morning, really sunny during the day, and raining with thunderstorms in the evening. I missed shooting fog in the morning and was upset about it, but I heard that there is going to be a strong storm in the evening, so got I got excited to shoot it.

The most difficult part was selecting the location for the shoot. My friend Zohaib Anjum and I scouted few locations but didn’t find anything we liked. Then we thought of going up on a rooftop, but there was the risk of getting struck by lighting instead of shooting a lighting strike.

But we eventually decided to go on a roof of a 56-floor building. Our gear was covered up in plastic to protect it from getting soaked in the rain.

After we got to the rooftop, we couldn’t believe our eyes. The weather was unlike anything I’ve seen through living here for 28 years. I quickly placed my Canon 5D Mark III over the edge and started shooting. 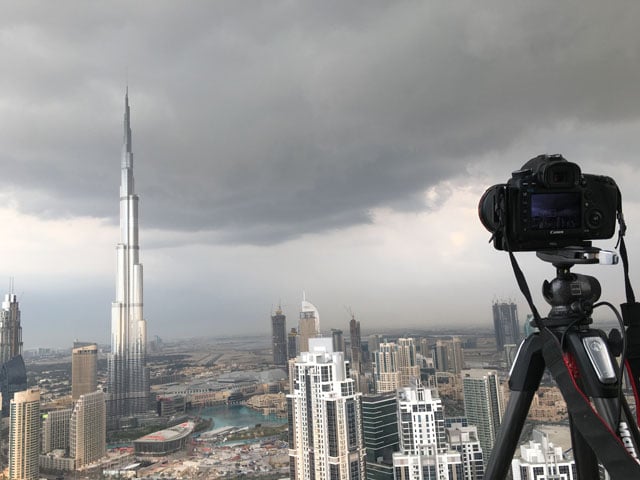 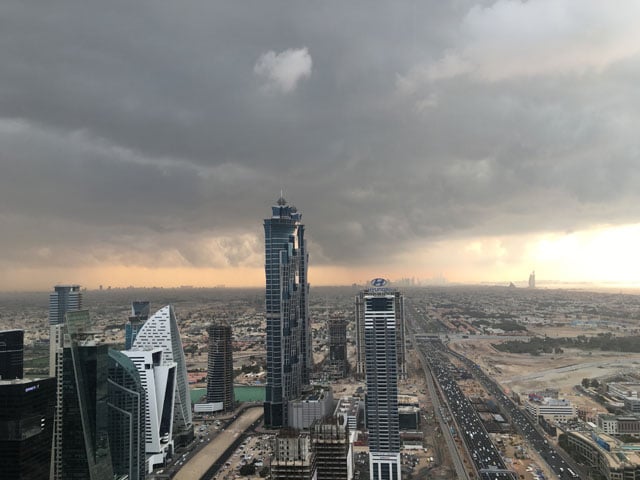 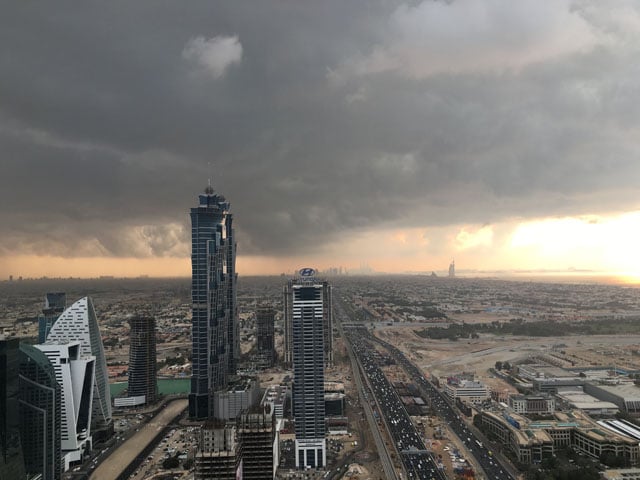 After few minutes of shooting, it started pouring and raining down hail, so I grabbed my equipment and ran back inside.

When the rain turned into light showers, I couldn’t believe my eyes again: the sunset was beautiful and the light was falling on the other side of the Burj Khalifa. 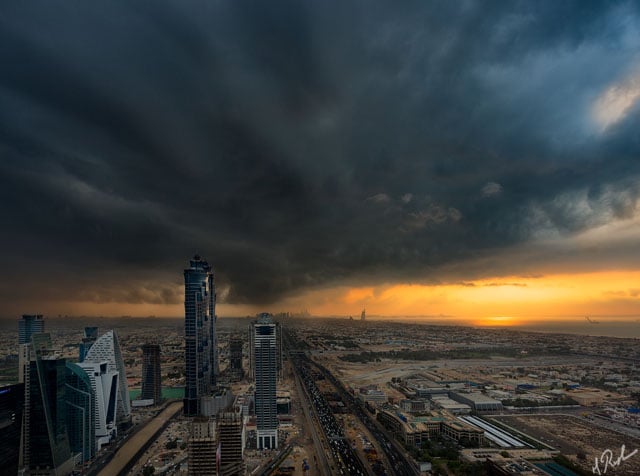 Soon there were an unbelievable number of lightning strikes, but I couldn’t shoot them properly because water was beginning to get onto the front element of my lens.

As the Sun was almost gone below the horizon line, the rain eased up and I was able to shoot some more. Using an intervalometer, I started shooting a steady stream of back-to-back photos. After almost 400 shots, I still hadn’t captured a good lightning shot.

Frustrated and exhausted, I kept saying: “Please God! Just one shot! Please!.” A few minutes later, there was a flash of lightning and my camera captured my dream shot. I felt the strike hit the skyscraper, even though I was quite a distance away. To process my photo, I imported it into Lightroom and did some basic adjustments first (e.g. color correction, lens correction, HSL). I then exported it to Photoshop CC and removed some water and flares. I used Colorfex Pro to enhance contrast and details in the sky, dodged and burned the sky, used a warm filter for the ground. Finally, I denoised the shot, added some sharpening, resized it for sharing on the Web, and watermarked it.

I feel like this photo is one of the best photos I’ve taken so far, as I have never seen any photo of lightning striking the Burj Khalifah at blue hour from this type of vantage point. The shot has since been featured on Dubai’s official Instagram, and is going to be printed in a number of newspapers as well.

About the author: Rustam Azmi is a photographer based in Dubai, UAE. You can find more of his work on Facebook, 500px, and Instagram.

Why Some Canon Lenses Are White Instead of Black