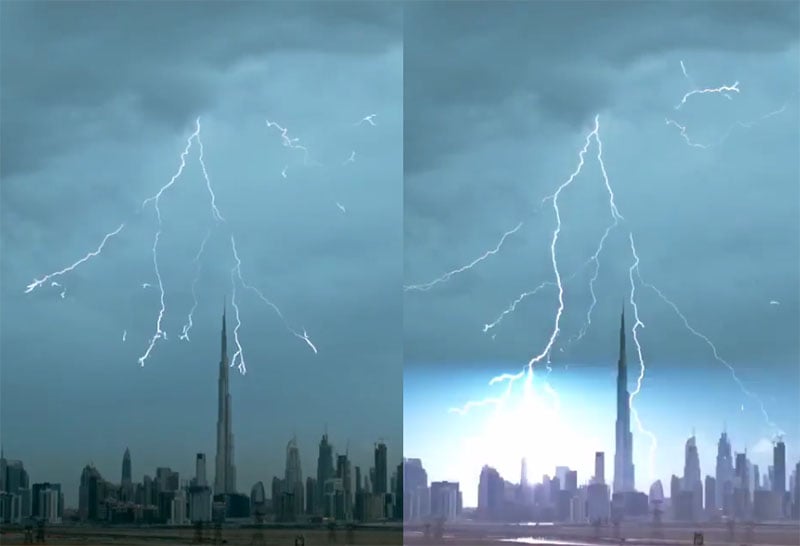 A massive thunderstorm over Dubai was recently captured in super slow motion at 1977 frames per second.

The footage was posted to the Instagram account of His Highness Sheikh Hamdan bin Mohammed, popularly known as Fazza, the Crown Prince of Dubai. It shows lightning exploding in the sky over the Burj Khalifa, the tallest building the world:

The video was captured with a Vision Research Phantom Flex 4K camera with a Fujinon 18-85mm lens mounted to it, shooting wide open at T2, a source who wishes to be unnamed tells PetaPixel. The shot was taken from the rooftop of the Meydan Racecourse grandstand.

This ‘Idiot’ Flew a DJI Camera Drone to 11,000 Feet and Above Clouds

Why ‘Great Photo’ Comments Will Ruin Your Photography