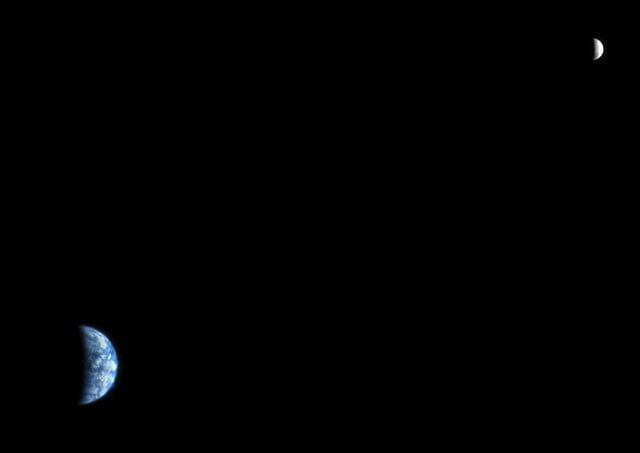 Here’s a beautiful photo of the Earth and Moon in a single frame, captured back on October 3, 2007 by the HiRISE camera on NASA’s Mars Reconnaissance Orbiter. Our planet was about 88 million miles away from the camera.


The photo isn’t an accurate representation of the distance between the Earth and Moon due to the fact that they’re at different distances to the camera. Here’s what the actual distance looks like to scale:

NASA writes that at the moment this photo was captured, the Japanese Kayuga (Selene) spacecraft was flying from Earth to the moon.

If you think this photo is interesting, back in August 2012 we shared a photo of Earth and Jupiter captured in the same frame.