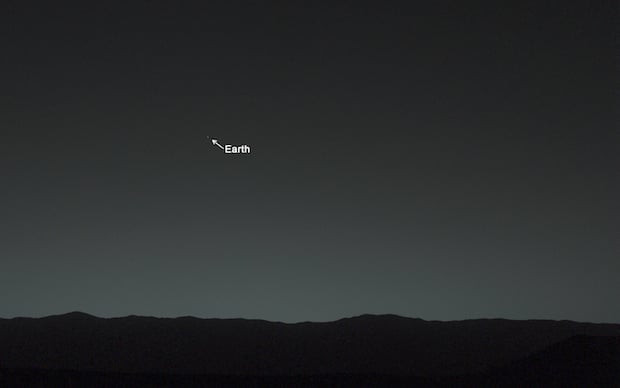 Someday, when the first humans walk on Mars — after they’ve taken a commemorative “one small step for man” selfie, of course — they will turn their iPhone 27’s back towards Earth and snap a photo of their home planet that might look something like the image above.

Taken on January 31st, this is the first photo of Earth captured by the Mars Rover Curiosity from the Red Planet’s surface. It was shot 80 minutes after sunset, and if you look very closely (or scroll down to the zoomed in version) you can see two tiny specs that are Earth and the moon.

Actually, if you yourself were standing on Mars, NASA explains that “a human observer with normal vision… could easily see Earth and the moon as two distinct, bright ‘evening stars.’” 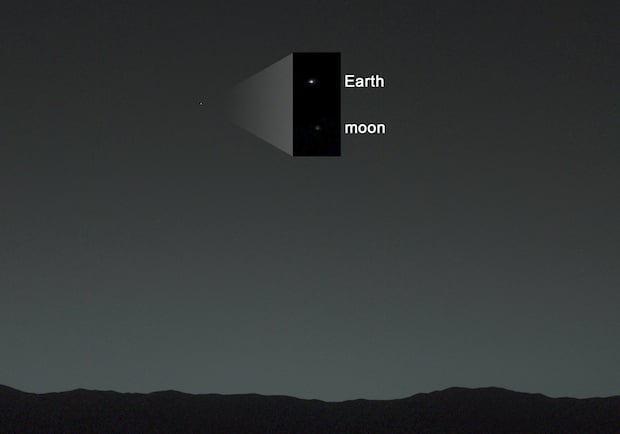 The image was captured by the left eye camera of Curiosity’s Mast Camera (or Mastcam), and at the time it was taken, Earth was approximately 99 million miles away.

To download the full-res image for yourself (with or without the helpful labels we’ve decided to include here) head over to NASA’s JPL website by clicking here.