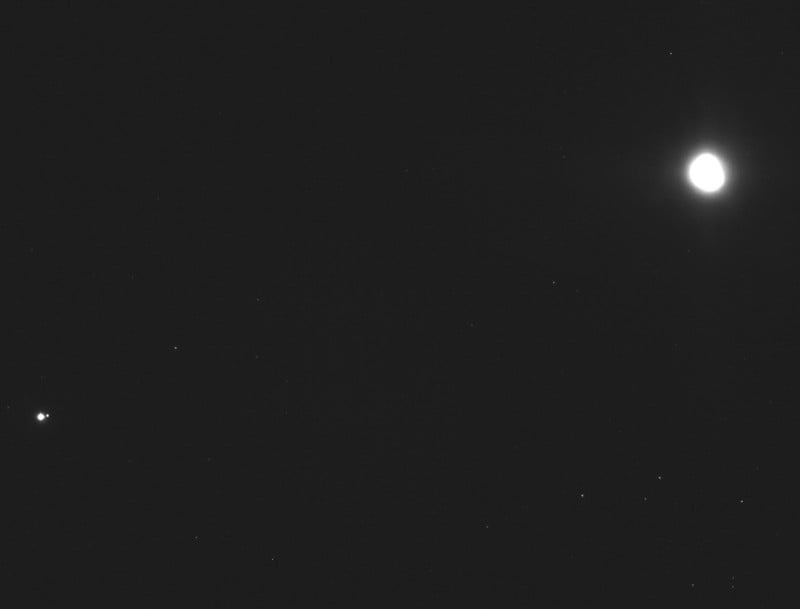 Here’s a new photo that shows Earth and the Moon from a whopping 71 million miles away. It was captured by NASA’s OSIRIS-REx, which is currently on a mission to obtain a sample from a near-Earth asteroid and return it to Earth.

The photo was captured on December 19th, 2018, using the spacecraft’s NavCam 1 camera. Earth and the moon can be seen on the bottom-left side of the photo. The much larger white object in the upper-right side is asteroid Bennu.

Earth and the Moon were able to be captured in the photo by overexposing the asteroid with a 5-second exposure.

Launched back in September 2016, OSIRIS-REx is scheduled to return Earth with its samples from Bennu on September 24th, 2023.

(via OSIRIS-REx via DPReview)

P.S. The most famous photo of Earth shot at a great distance is arguably Voyager-1’s Pale Blue Dot photo captured in February 1990. That photo was shot from a distance of 3.7 billion miles away.

Discovering History in an 80-Year-Old Camera