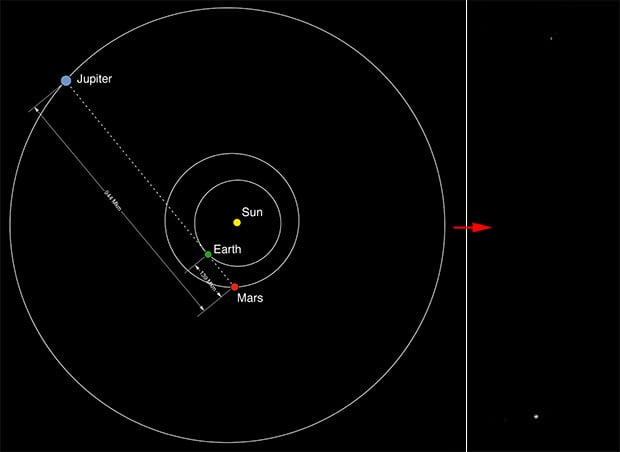 Back on May 8th, 2003, the Mars Orbiter Camera on the Mars Global Surveyor had the rare opportunity to photograph both the Earth and Jupiter in the same region of space. It was the first planetary conjunction observed from another planet, with the Earth 86 million miles away and Jupiter 600 million miles away. The resulting image (shown above right), contains both planets, along with some of the moons.


Due to the large differences in distance and brightness of the two planets and their moons, two separate exposures (and subsequent post-processing adjustments) were required for the shot. They were then stitched together, and colorized using color data extracted from images captured during previous NASA missions.

Here’s a higher-res version of the photograph:

The three moons of Jupiter seen in the photograph are Callisto, Ganymede, and Europa (from left to right).

If you’re wondering why Jupiter looks larger than Earth in the photograph even though it’s so far away, it’s because of perspective distortion coupled with the fact that Jupiter is so much bigger. Here’s a to-scale size comparison: 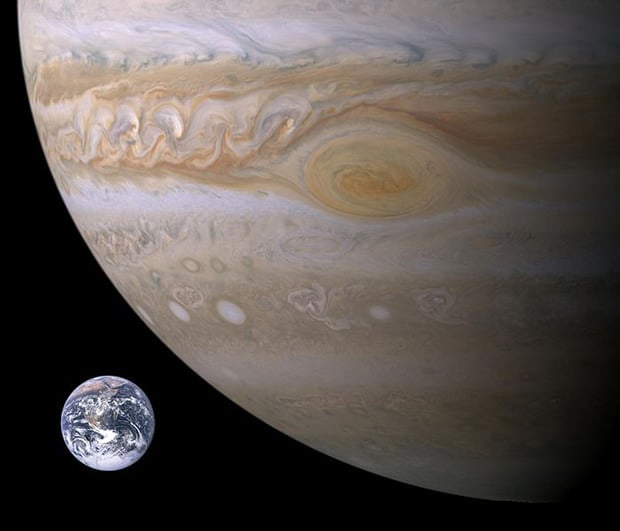 You can learn more about this image and see even larger version over at Malin Space Science Systems.