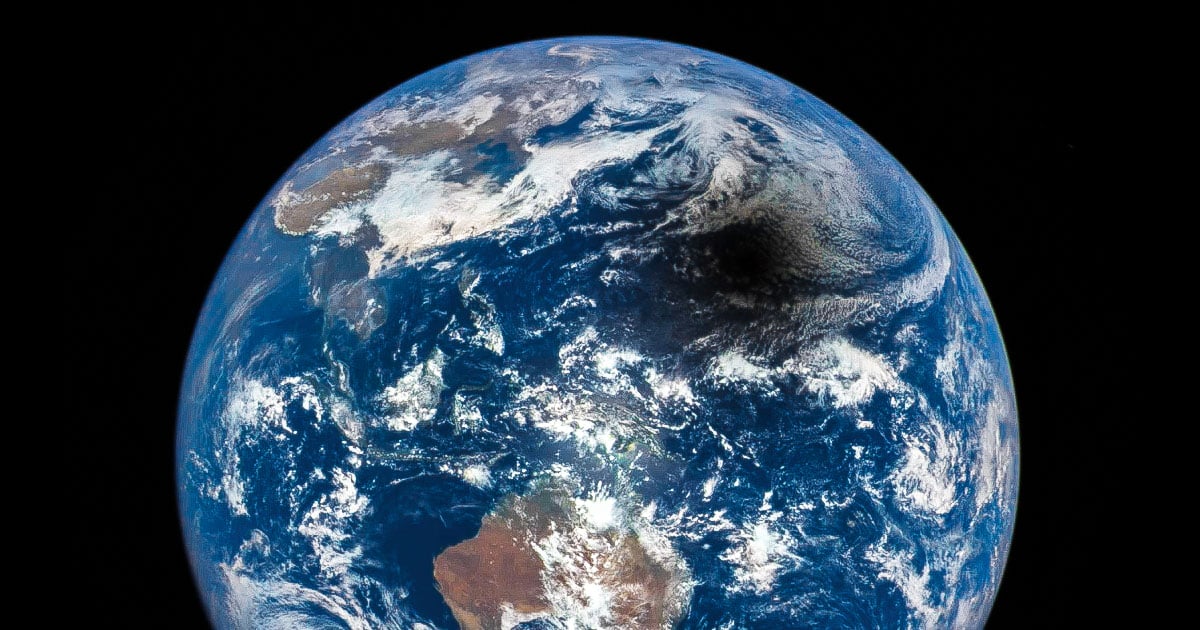 During the total solar eclipse on March 8th and 9th, NASA had a camera documenting it from a very special perspective — one that’s 1 million miles away.

The photo above was captured by the NASA DSCOVR satellite’s Earth Polychromatic Imaging Camera (EPIC) 4-megapixel CCD camera. It shows the large, round shadow of the moon as it passes over the face of the Earth, blocking the sun’s light for a large swatch of our planet between Asia and Australia.

Here’s what DSCOVR’s sequence of photos looks like when turned into an animation:

DSCOVR snapped its first photo in July 2015, so this view of a total solar eclipse is the first of its kind. Since the DSCOVR has a fixed view of Earth as it rotates on its axis, this is the first time the shadow of an entire eclipse has been documented in a series of photos.

In August 2015, DSCOVR also captured an amazing series of images showing the moon passing across the face of the Earth.

(via Earth Observatory via Engadget)

An Interview with Dov Quint, Co-Founder of the Concept Store Photo & Go