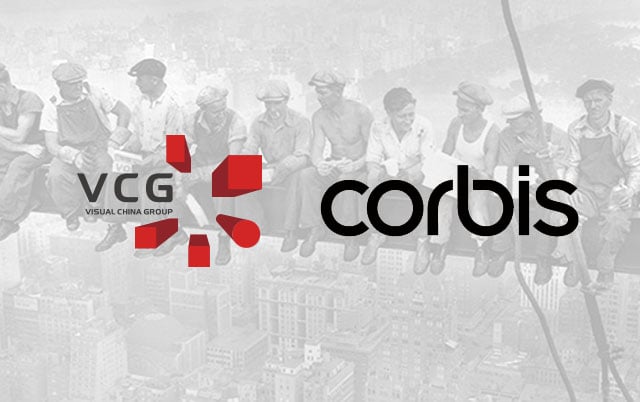 One of the largest photo collections in the world was just sold. Corbis, which is owned by Bill Gates, has sold off its images business to Visual China Group, China’s equivalent of Getty Images. VCG is the same company that led a $13 million investment in 500px in 2015, and which is partnering with 500px to expand into China.

Corbis Images represents one of the world’s leading image archives and licensing business, so this acquisition solidifies VCG’s lead in China and its growing dominance in the worldwide photo industry.

“Corbis is a world-leading and widely esteemed brand in the image industry, and we are thrilled to add this treasure-house of valuable image assets to our premium brand portfolios,” says VCG CEO Amy Jun Liang. “The transaction strengthens our dominant position in China’s image industry, enhances our core competence in the global high-end image market, and marks a significant milestone on our journey of globalization.”

Corbis Images owns a collection of over 100 million photos and 800,000 videos. The photos include some of the most famous and significant images made from the 19th century to the modern day. Over the coming months, those photos will be migrated over to Getty Images, combining with Getty’s 200 million items to create a massive online photo archive.

VCG was founded in 2000, becoming the first company in China to license photos through a proprietary online service. It was listed on the Shenzhen Stock Exchange starting in 2014, and now has over 600 employees.

Financial details of the sale were not made public.

Update: Some photographers aren’t happy about this sale.

“The downfall for some contributing photographers, like myself, is that they owned Demotix.com, which positioned itself as breaking news stock photography,” one photographer tells PetaPixel. “When many of us went to demotix.com today, the site redirects to Corbis. Demotix appears to be gone.”

“So as of now there are many photographer who are owed money, can’t access their images and don’t know the fate of their catalog on Corbis.”

Update on 1/23/16: It appears that the celebrity photo business Splash News wasn’t included by Corbis as part of the sale. Here’s an email shared with us by a photographer: 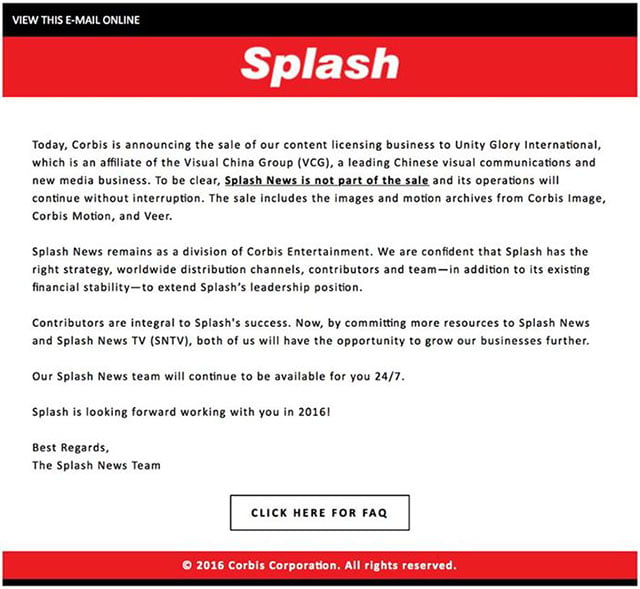