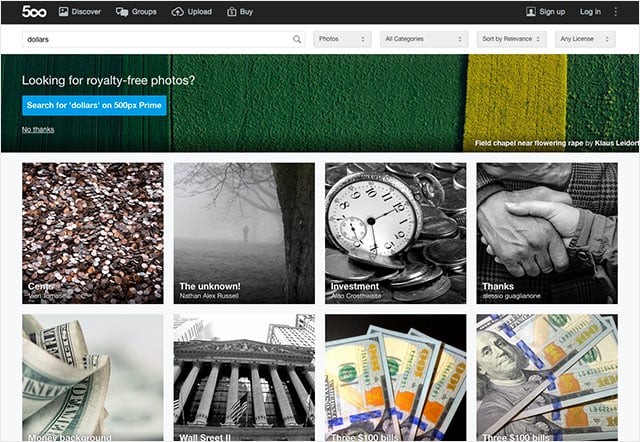 500px today announced that it raised another $13 million in venture funding in order to continue growing its photo sharing and licensing services. The fresh cash will help the company battle against bigger companies in both spaces, including Flickr and Getty Images.


The 11-year-old service has grown from a niche photo-sharing service back in 2004 to a huge community of 6 million photographers around the world who share and sell images through the service.

“Now, with fresh funds in the bank, you can trust that the 500px Team has the Community at top of our mind,” writes 500px co-founder Evgeny Tchebotarev. “We are investing our time and money in bringing you cutting-edge design, fresh and innovative mobile apps that have already been downloaded over 5 million times, and an unmatched licensing marketplace that has already helped thousands of photographers make money from their hobby.”

TechCrunch reports that this latest round of funding was led by the Visual China Group, China’s equivalent of Getty Images. The investor’s participation shows that 500px is planning to push hard to offer its catalog of 55 million photos to content buyers in Asia.

EyeEm and 500px have now raised a total of $24 million and $22.3 million, respectively, in their battle for photo-sharing-and-selling supremacy.