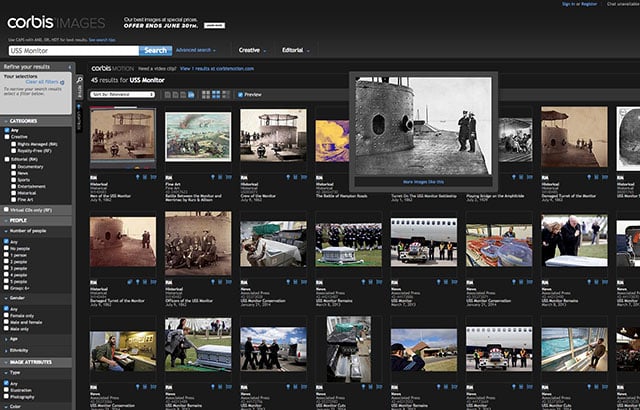 If you come across any photograph published in the US before 1923, you’re free to use it for whatever purpose you’d like, with or without permission, and with or without attribution. Why? Because its copyright has expired and it’s public domain.

Strangely enough, sometimes free public domain photos get sold as stock photos, and those who don’t know any better may pay large sums to use something they could have used for free.

One photograph Dvorak uses as an example is this photo of a turret on the battleship USS Monitor: 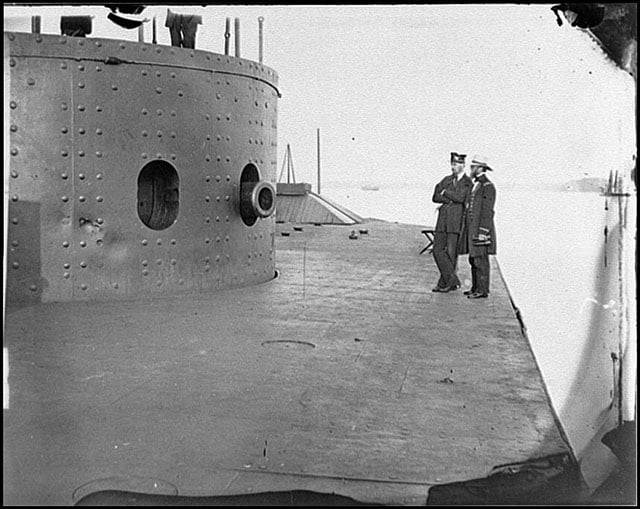 It was shot back in July 1, 1862, and now it’s available for licensing through Corbis Images: 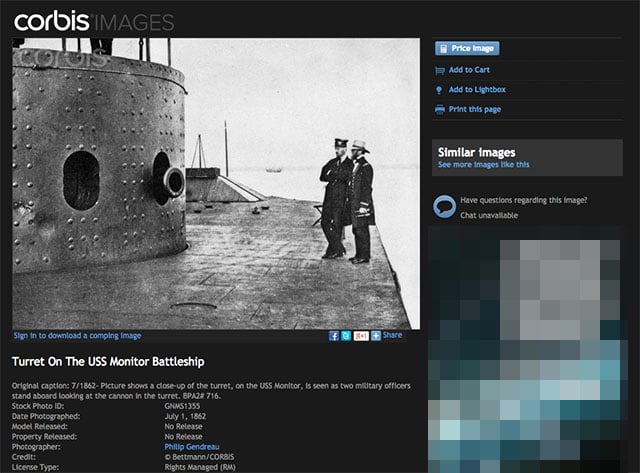 Nowhere on the page does it say that it’s a free public domain photo. In fact, it has “© Bettmann/CORBIS” on the Credit line and “Rights Managed (RM)” for License Type. Here’s a look at what the photo will cost you if licensed through Corbis: 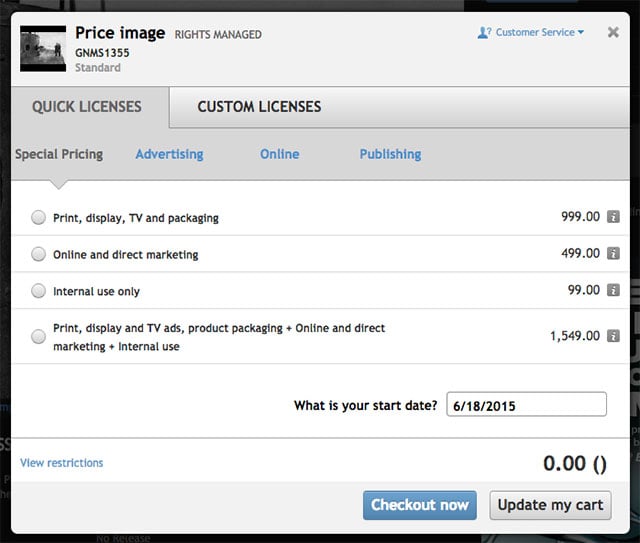 Now here’s the kicker: Dvorak points out that this identical photograph is already available for free through the US Library of Congress website, where it clearly states that there are “no known restrictions on publication”: 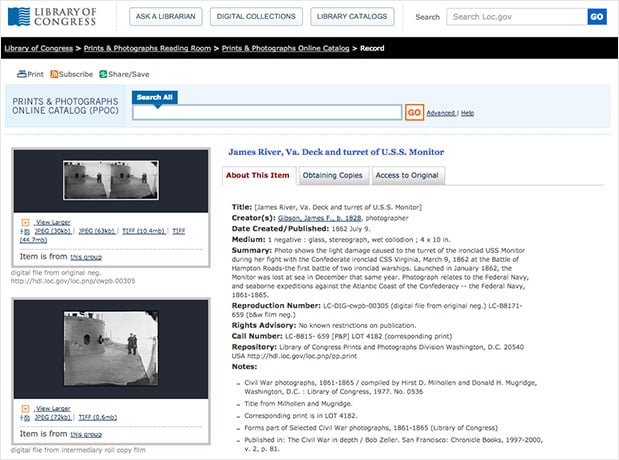 The Library of Congress website also has downloads for the photo in different sizes and formats (you can grab the TIFF if you’d like).

Dvorak found that there is a huge amount of public domain content on Corbis with no indication that the images are 100% free to use.

“Because of the outrageous prices for something that should be free, you assume they own the pictures somehow,” he writes. “It’s impossible to own these public-domain images. The company should be ashamed of itself.”

Over in the Boing Boing forums, a former Corbis employee named William offers an explanation:

There are a few differences. The images you get from Corbis have been cleaned, color-corrected and/or white-black balanced, etc. The resolution is often higher than the public domain scans. Sometimes Corbis has the original negative, while the public domain relies on a second, third, or higher generation copy. In other words, the Corbis quality is almost always much higher.

I’m not sure that justifies the high price, but from a legal point of view, Corbis’s corrected and balanced photo is their own unique digital version and can be licensed as such.

A quick comparison of the two versions above shows that they are slightly different in terms of graininess and quality (the damage in the original shot has been edited out), but in terms of resolution, there’s a super high resolution TIFF of the photo available on the LoC website.

If you ever come across a pre-1923 photograph for sale on a website like Corbis Images, or Getty Images, or Shutterstock, you may want put your wallet away and do a search for that same photo elsewhere — if you’re happy touching up the photo yourself, you don’t have to pay a dime to use the original public domain photo.

(via PC Magazine via Boing Boing)