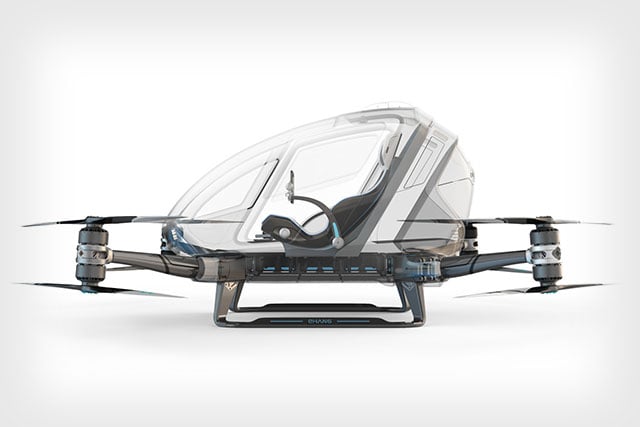 Camera drones have exploded onto the scene in the past few years, and they’re being used by photographers around the world as a cheap and easy way to obtain aerial photos and videos. But what if you want both the convenience of a drone and the joy of being able to see and shoot things from the air with your own eyes and camera?

That’s where something like the Ehang 184 comes in: it’s a new giant drone that may one day fly both you and your camera. 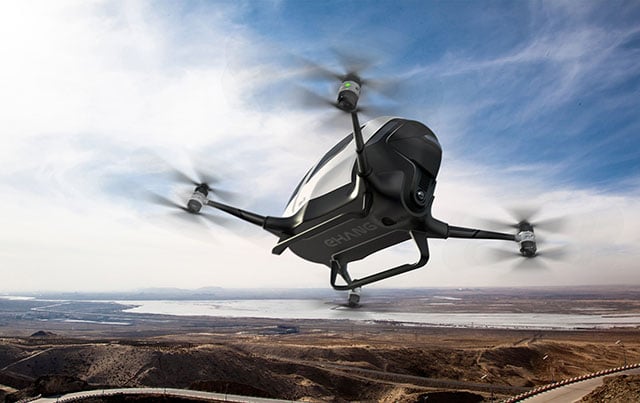 Ehang, a Guangzhou, China-based company, is showing off the drone at CES 2016 in Las Vegas. Roughly the size of a small car, it’s a 4-foot-tall electric vehicle that looks like the oversized love child of a helicopter and a quadcopter (it has 8 propellers on 4 arms). 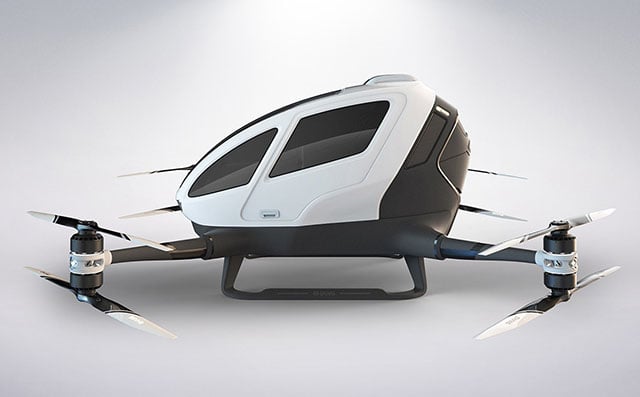 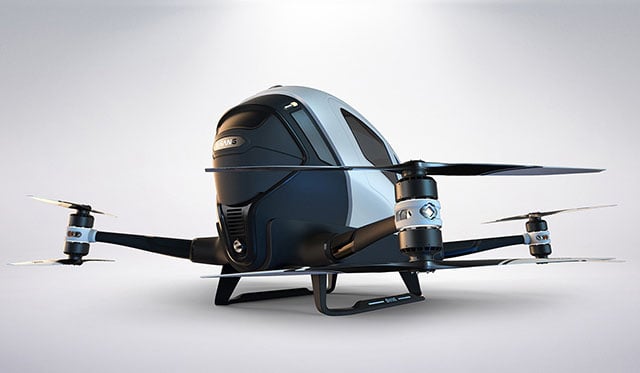 The 184 Personal Flying Vehicle (PFV) can carry a single person weighing up to 260 pounds and has a top speed of 62mph, a maximum altitude of 11,000 feet, a range of 10 miles, and a flight time of 23 minutes. Just like with many of the Unmanned Aerial Vehicles (UAV) out there, the 184 can fly itself without very much input from the passenger.

Using a simple app interface on a smartphone or tablet, you can tell the drone to take off, pause, and land with just a few taps. To determine where you’d like to fly, you can set waypoints using a map in the app. 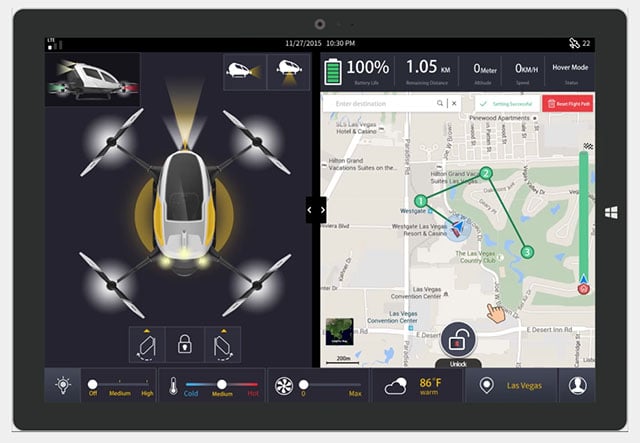 Ehang says that the vehicle has a “fail safe system” that will immediately land you safely on the ground, even if any of the components malfunction or disconnect.

Other features in the drone include air conditioning, some storage space, a reading light, and a 4G connection. 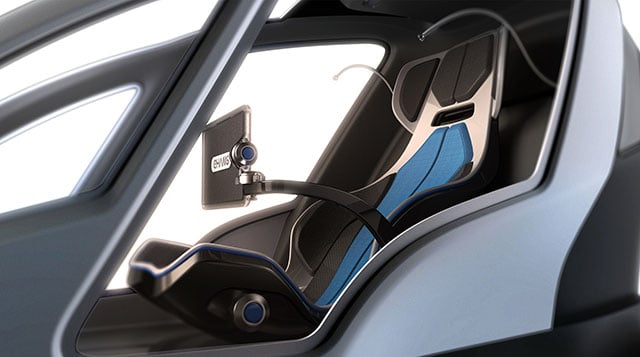 Here’s a promo video that introduces the Ehang 184:

The Ehang 184 is set to be commercially available sometime in 2016 with a price of around $200,000 to $300,000, Engadget reports. Given the increased restrictions on relatively small camera drones — the US government launched mandatory registrations — we’re guessing Ehang has a major uphill battle ahead of it if it hopes to see widespread use of the 184.

If that does happen, however, photographers will have yet one more way to shoot beautiful images from the sky.