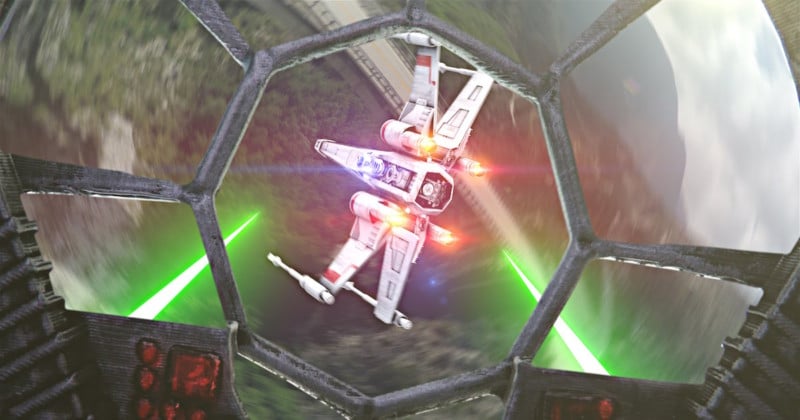 What do you get when you mix a few nerdy, talented videographers with some exceptionally skilled racing drone pilots? An epic tie fighter/X-wing aerial battle shot using drones and Star Wars toys of course!

The video below was created by the videographers/vfx artists at CorridorDigital, and it has absolutely exploded since it was posted just 72 hours ago. By teaming up with the extreme drone pilots at Rotor Riot and putting a ton of work into capturing killer footage, they were able to create an aerial battle worthy of the Star Wars universe.

The final video is a mix of intense aerial chase footage shot by drone and earthbound shots of 3D printed tie fighter and x-wing “cockpits”, all captured on GoPros and featuring an impressive level of attention to detail. Check out the battle for yourself below, and then keep on scrolling for some behind the scenes details!

What’s most impressive about the short film is just how little of it was VFX. Yes, the blasters and some of the more obvious bits were, but all of the crazy flying footage was actually captured by drone, and the cockpit shots were shot by hand as well.

As you can see in the BTS video embedded below, 3D printed models of tie fighter and x-wing cockpits were created and the guys at CorridorDigital carefully filmed them by hand, watching the drone footage as they did so they could match the aerial moves and light direction.

Once both the aerial and earthbound footage was captured, they combined it all in post to yield the final video above.

The BTS video and pictures below reveal how they did it, but even if you’re not interested in the technical details, there are a LOT of drone crashes in there to keep you entertained: 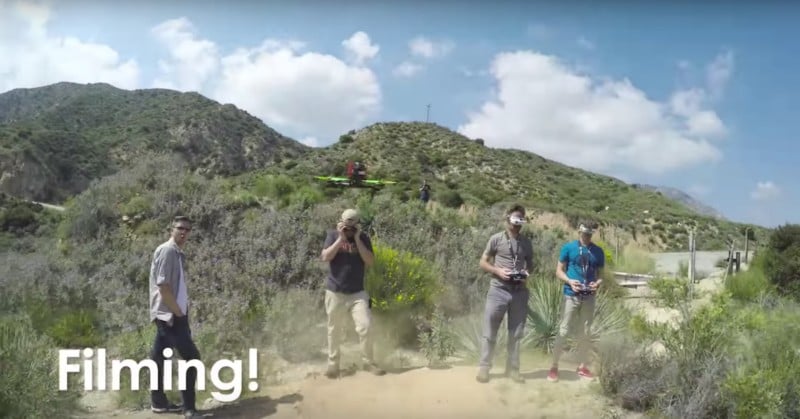 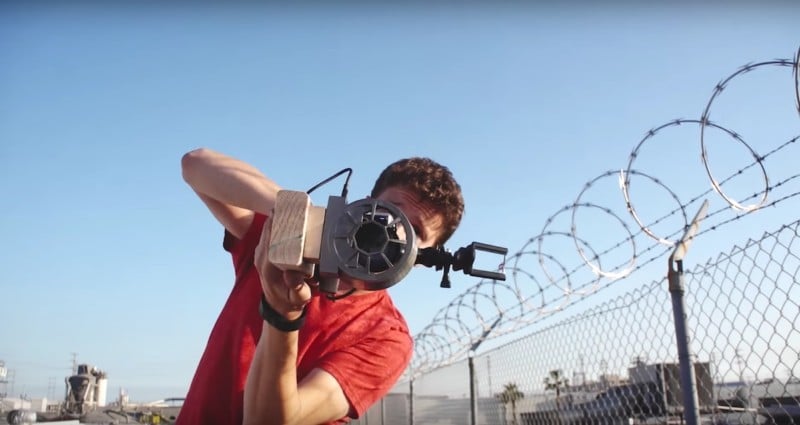 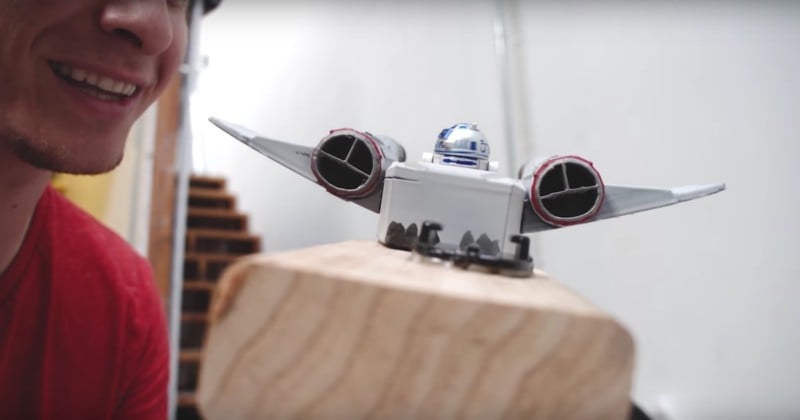 To see more work by the CorridorDigital team, click here to visit their YouTube Channel. And if you enjoy drone racing, you’ll definitely want to check out Rotor Riot as well.