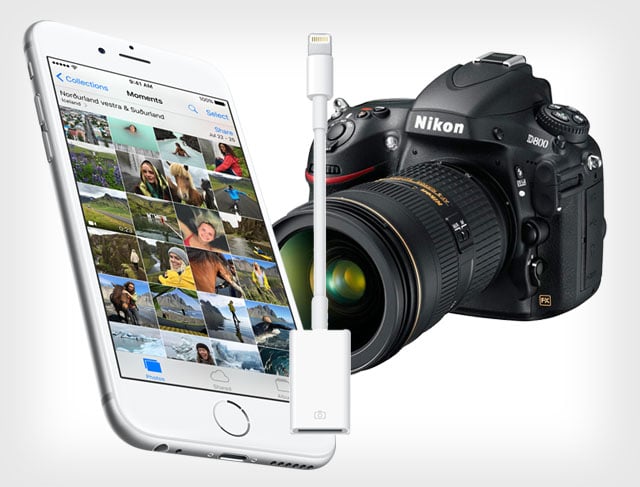 Apple is rolling out iOS 9.2 today, and among a host of minor features and fixes is new iPhone support for Apple’s Lightning to USB Camera Adapter. This means you can now connect your camera to your iPhone and import photos directly without having to use a computer as the middleman.

The feature should be a boon for Instagram users who prefer to shoot photos with a dedicated camera before sharing them on the service. After connecting the adapter to your iPhone and connecting your camera to the adapter using a USB cable, your iPhone will open up its Photos app and allow you to choose with photos (JPEG or RAW) and videos you’d like to import. 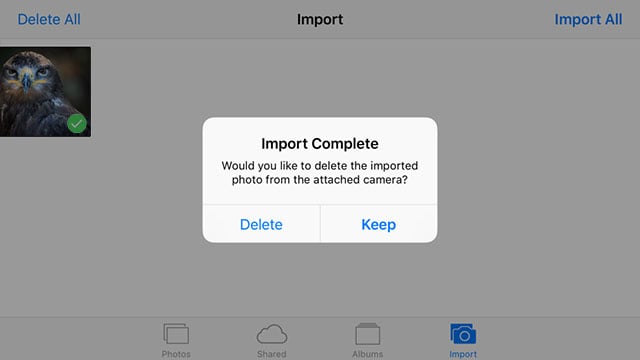 You can purchase Lightning to USB Camera Adapter for $29 from Apple.

Apple also announced a new version of its $29 Lightning to SD Card Camera Reader, which packs USB 3 speeds for the iPad Pro and USB 2 speeds for all other devices… which include iPhones running iOS 9.2.

(via 9to5Mac via The Verge)