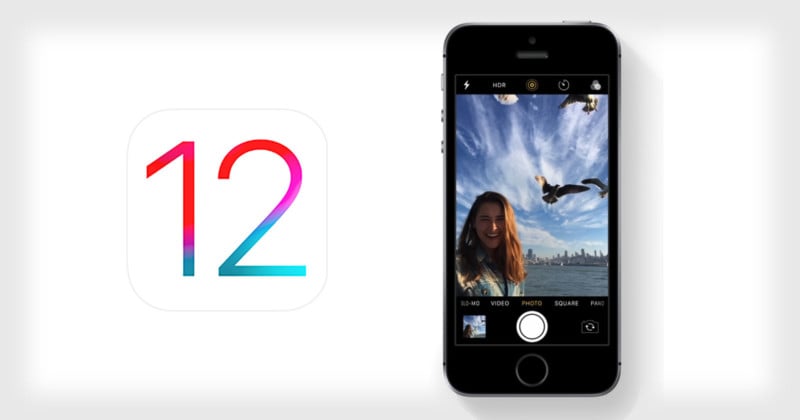 Apple just released iOS 12, the latest mobile operating system for the iPhone and iPad. Bundled among the many new feature additions and upgrades are some significant photo and camera improvements.

First off, iOS 12 brings performance boosts across iPhones as far back as iPhone 5S. You’ll find that things across the board are faster and more responsive. The built-in camera will launch up to 70% faster once you install the update.

If your iPhone or iPad contains an A9 chip (found starting in the iPhone 6S), you’ll be able to edit RAW photos now. This functionality was previously only available in third-party photo-editing apps.

There’s a new For You tab in your Photos app that combines and reveals your favorite moments from Memories and your iCloud Shared Albums. 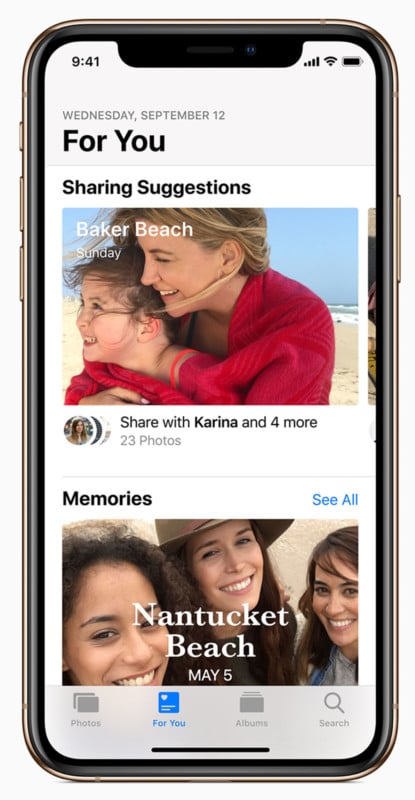 New sharing suggestions make it faster and easier to share your photos with friends and family. Once friends receive the content you’ve shared, they’ll also be prompted to share photos and videos captured at the same time and place. 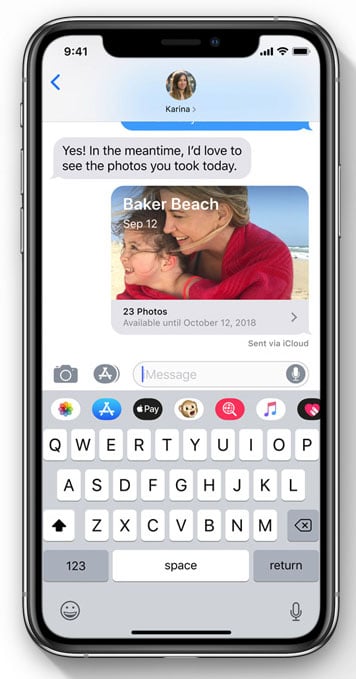 Photos now has search suggestions that help you find the most relevant Events, People, Places, Groups, Categories, and recent searches. You can also combine multiple search terms to locate just the photo you’re looking for. 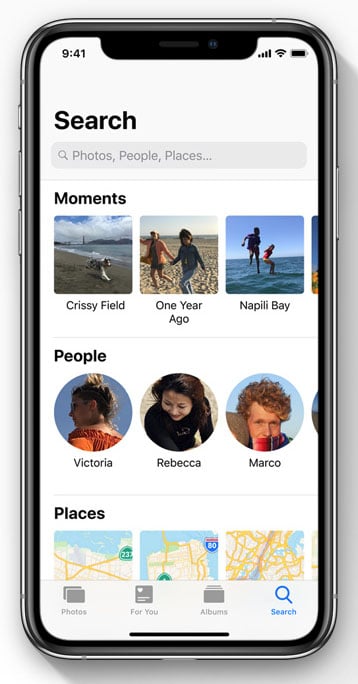 “Even before you start typing, you’ll see suggestions for recent events, people, and places,” Apple says. “And as you type, the results are smarter and more powerful, and you can refine them by adding multiple keywords.” 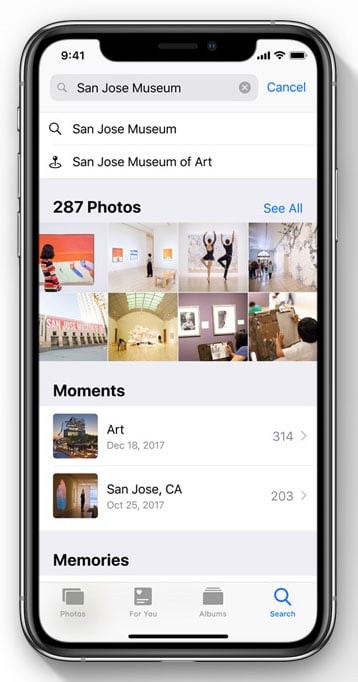 Apple has made it easier to import photos and videos from your professional camera.

“Portrait mode photos are better than ever,” Apple says. “Camera now generates a mask when it detects a person and intelligently and elegantly separates the person from the scene.”

iOS 12 is available now as a free software update on your iPhone and iPad. Visit General->Software Update in your Settings to start the installation.

Was the Fujifilm GFX a Mistake? Should Fuji Have Gone Full-Frame Instead?