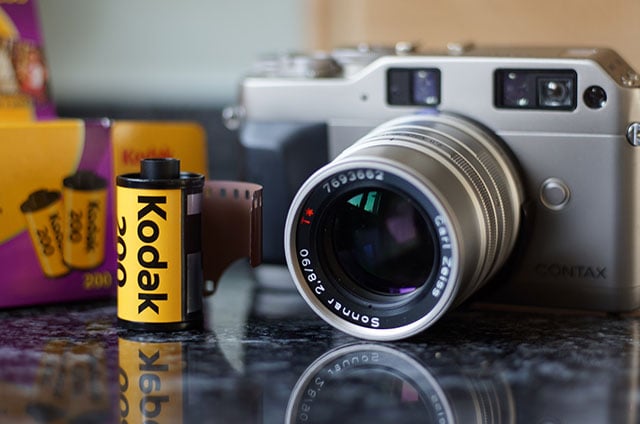 The benefits of shooting film sometimes, unfortunately, get lost amid the playground fight between film and digital devotees. The plus points – and believe me there are plenty – get drowned out.

That’s a shame for two reasons. Photography is a personal passion, and each person gets into their particular style of photography due to deeply individual reasons; it’s not that different to the way we fall in love with the music we do (and I was a music journalist for 20 years, so I’ve had plenty of opportunities to mull this one over). There are photographers for whom the digital revolution has been their route to creative self-expression and making something they can call their own. It’s wrong for film photographers to belittle that.

Secondly, the massed ranks of digital photographers contain many who are too young to have shot film in the first place. Film is not something they have set aside for the convenience of digital; digital has been the only game in town. Some of these might have been interested in dipping their toes in the analogue pool, but have been scared off because they think it’s too difficult, too costly, or too inconvenient.

The following is an attempt to dispel some of those myths… and encourage anyone who hasn’t shot film before to give it a go.

There’s a temptation now to constantly shoot. We capture our lives via our cameras and smartphones and share those images a myriad of ways – Instagram, Facebook, Snapchat and Twitter, to name a few. Because we have a way of taking images constantly within arm’s reach, we shoot and shoot. We shoot dozens of images without even thinking about it.

A roll of film forces a different mindset – since you only have 12, or 24 or 36 frames before you need to reload, it encourages a sense of patience. You could blitz through a roll of film in a high-end SLR like a Canon EOS-1 or a Nikon F5, but why would you? If you want speed and catching a scene in a flood of split-seconds, then it makes sense to shoot digital.

Shooting film can be a more meditative experience. You might shoot that roll in an hour, or a day, or over a weekend. But the experience will be a world away from the snap-snap-snap style of digital shooting. And slowing down often makes you wait for an image worth capturing. Waiting can often turn an average picture into something more rewarding.

#2: There’s a discipline in those limited frames

Every roll of film costs money. It costs money to buy it, to process it, and to turn it into prints of digital files. Unless you’re made of money you’re not going to be able to shoot 500 pictures a day every day of the year. That might be a disappointment for those who want to shoot as much as they can, increasing their chances of getting a keeper, but the discipline of those limited frames can, conversely, improve your photography.

When I shoot on medium format 6×6 cameras, with only 12 shots out of a roll of film, I consistently get more ‘keepers’ shot for shot than I do shooting 35mm. Medium format film can cost £6 a roll; to get it developed and scanned can cost me another £10. That’s not exactly cheap, and so it breeds a certain restraint. You don’t want to waste that frame, so you’re more likely to carefully consider the composition, the lighting, why it is you’re taking an image of something. That’s not a bad way of thinking to take back to your digital photography.

#3: Shooting film is a tactile experience

Shooting on a digital camera involves many of the same physical actions as shooting film – changing lenses, focusing, changing shutter speeds and apertures, squinting through a viewfinder to frame and compose. Shooting on a smartphone, somewhat less so – the tap of a screen with your phone stretched out in front of you. It’s not that far away from playing a video game. Shooting on a film camera – whether a clunky compact, SLR or medium format – means loading it. The opening of the camera back, threading the film onto the spool, winding on… it all becomes part of the ritual of taking pictures. And that’s not forgetting rewinding, a process which normally requires two free hands.

Most of us are surrounded by computers screen – at work, at home, on our co mutes to work – and in many cases our photography has added another one that must be interacted with. A smartphone or tablet constantly calls for our attention, – an email to answer, a Facebook update to read, Instagram pics to pore through. Shooting on a film camera suddenly takes you away from that electronic stimulation. The viewfinder’s nothing more than glass and – if you’re lucky – a few needles, LEDs or pictograms. There’s else nothing to distract your attention. My £4 Zenit E might have its drawbacks, but it’s not asking me to read an email when I’m trying to take a picture.

Shooting on film strips back photography to the basics – you shoot, and you edit when you get the films back. The two are two totally distinct processes. Many digital photographers successfully separate them – they shoot, and they deal with their images later on. But with a screen to give you instant feedback there’s always a temptation to sneak a look at that last pic, and the one before, and the one before that… 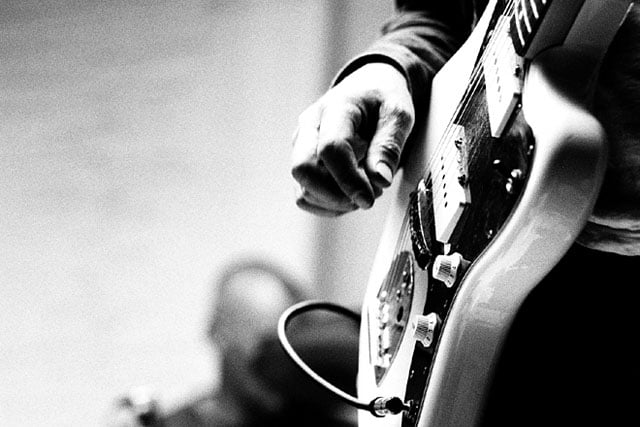 The gap between taking your photographs on film and editing them can really help you develop your photographic eye; if you give it long enough, you forget the emotions you were feeling when you were shooting. If you were having a perfect day, suddenly every picture on that day gets viewed through rose-tinted glasses. Look at them a few weeks later and you’re no longer tied to the emotions you were feeling. You have a better eye for sorting the killer from the filler.

#6: You learn to read the light

The modern metering systems in most digital cameras are incredibly sophisticated; they can read shifting light that would have taxed the most experienced photographer. This takes the guesswork out of exposure and, almost always, guarantees a perfect exposure. Many digital photographers never shoot off the auto settings. Why would they? Learning how to take a well-exposed photo, especially on a manual film camera, is a challenge. You have to understand how the light is falling on the scene and how that will affect your exposure. Is your subject evenly lit, or is there a brighter subject, or even source of light, looming in the background? Is your camera’s simple, centre-weighted meter, likely to be fooled? This is all stuff you have to learn through trial and error. The good thing that, if you’re shooting in black and white or colour negative film, film has a much wider latitude than digital, especially when it comes to recovering details from highlights. It’s a forgiving medium.

Film starts decaying as soon as it comes out of the factory. It’s a slow and gradual process, and it can be delayed by years or even decades by putting it in a fridge or freezer. But every roll of film is different, decaying and changing, and every roll in a slightly different way. That means every roll will look ever-so-slightly different. 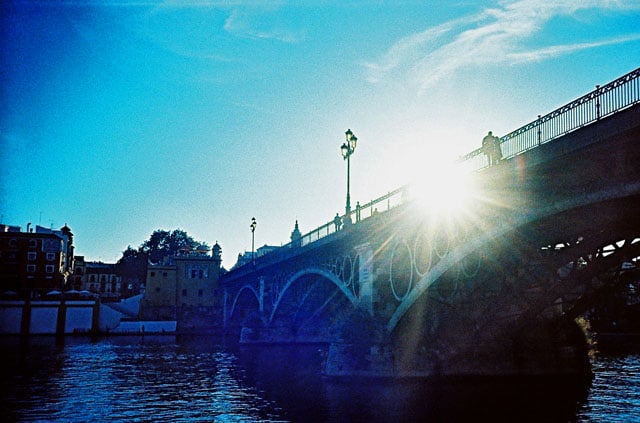 That becomes even more pronounced when it comes to expired films, those that have long moved past their ‘use-by’ date. You take your chances with these, but the results can be fantastic – and very, very hard to replicate ever again. It’s a different world to the software algorithms behind the filters on photography apps like Hipstamatic and Instagram, which can replicated again and again. If those effects can be repeated with the click of a button, then they lose a little of what makes them so special.

#8: The waiting is good for you

Waiting a week after you got back from your holiday before you saw your photographs seems like a cruel joke; now you can be getting likes on Instagram mere seconds after taking a photo. For most of us, photos are meant to be seen, and the world of photo sharing has allowed us to share out visions with people all over the world. But does this mean we have to share them straight away?

There are films I took a few months ago, a year ago, even nearly a decade ago, that have been developed but not yet scanned. They will do. When they do, I get to revisit that time again; a friends’ gig in Istanbul; a summer festival on a Dutch island; a road trip through Romania; a sunny Sunday on a Brighton beach. It’s not a million miles away from picking up the films at a chemist after the holidays. And at a time when we expect – even demand – what we want as soon as we think we want it, it’s good to have a little patience.

About the author: Stephen Dowling is a transplanted New Zealander who has been living in London since 1994. He is a writer by day and a photographer in his free time. You can find his photos and writing on his website, blog, and Flickr. This article originally appeared here.

How to Shoot a Gravity-Defying Fashion Photo

Randy Johnson Photographed the Seahawks Game After Raising the 12 Flag